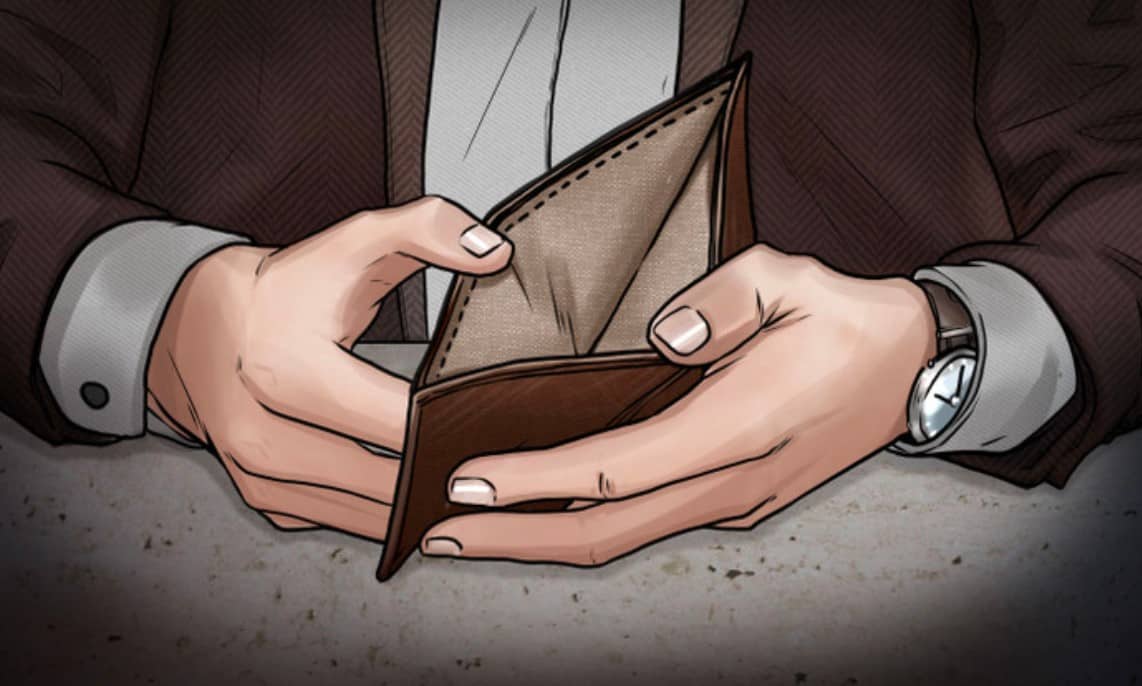 As risk assets across the global economy take a hammering and the U.S. dollar surges, the largest cryptocurrency is on a limp footing.

September, having started out on bulls’ side, is now living up to its informal crypto market nickname — “Septembear” — and BTC/USD is currently down 6.2% since the start of the month.

The bad news keeps coming for hodlers, who are clinging to dormant coins in increasing numbers as the dollar runs rampant and mainstream appetite to diversify into riskier plays continues to evaporate.

With macro set to remain the key focus for everyone this week, Cointelegraph takes a look at what might lie in store for BTC price action.

In economic conditions that rival any major period of historical upheaval seen in the past century or more, here are some factors to take into account when assessing where Bitcoin could head next.

While not matching the previous week’s losses (3.1% versus 11%), the past seven days nonetheless managed to spark Bitcoin’s lowest weekly close since November 2020, data from Cointelegraph Markets Pro and TradingView shows.

As the downside keeps coming, Bitcoin has thus turned back the clock to before the breakout, which took it beyond its prior halving cycle’s all-time high.

The sense of deja vu is unwelcome to the average hodler — the vast majority buying and cold storing over the past two years is now underwater.

“$BTC just made the lowest weekly close in this zone,” popular Twitter analyst SB Investments summarized after the close.

“Looks bearish with stocks looking to break support as well. But on the other side this is what everyone expects.”

Whether the markets could pull a surprise “max pain” move to the upside, liquidating short bias, is a key alternative argument for Bitcoiners. For popular trader Omz, the weekly close price of $18,800 even represents a convincing local bottom.

The RSI divergence has not gone unnoticed elsewhere, with trader JACKIS flagging its arrival last week.

“We only got two touches of the oversold territory in the past & they have always marked the exact bottom as well,” he tweeted at the time.

Fellow trading account IncomeSharks also maintained that a reversal could accompany the U.S. midterm elections in early November, but stopped short of saying that the bottom was in.

“Elevator down, stairs up,” it commented on the 4-hour chart on the day.

“Keep on building double bottoms and new supports, Midterm Rally remains on the table. Break this structure, remove these targets, and find a new bottom.”

Monday has barely started and the turmoil that accompanied last week is already back with a vengeance on macro markets.

An unstoppable U.S. dollar is laying waste to key trading partner currencies, with the Bitcoin pound sterling making headlines on the day as it plunges 5% to come within a few percentage points of USD parity — its lowest levels against the greenback ever.

GBP/USD would follow the euro becoming worth less than $1, while the misery forced Japanese authorities to prop up the yen exchange rate artificially last week.

EUR/USD briefly fell below $0.96 before a modest rebound, while USD/JPY remains near its highest since the 1990s despite Japan’s intervention.

At the same time, alarm bells are sounding for global bonds, which have fallen back to 2020 levels. Markets commentator Holger Zschaepitz warned alongside Bloomberg data:

“Looks like the bond market bubble has burst. The value of global bonds has plunged by another $1.2tn this week, bringing the total loss from ATH to $12.2tn.”

Stocks are set to fare no better, with futures down on the day prior to the Wall Street open. Brent crude oil fell below $85 per barrel for the first time since the start of 2022.

“Global bonds are collapsing in their fiat currencies, which are collapsing against the dollar, which is fast losing purchasing power,” Saifedean Ammous, author of the popular books, “The Bitcoin Standard” and “The Fiat Standard,” reacted.

“It will be months & years before the average fiat user realizes just how much they’re getting ruined financially. The ‘new normal’ is poverty.”

With crypto still highly correlated with stocks and inversely correlated against dollar strength, the outlook for Bitcoin is thus less than positive as the status quo looks set to remain.

The U.S. dollar index (DXY) meanwhile shows no sign of reversing, now at its highest since May 2002.

Amid such mayhem, it comes as no surprise that Bitcoin hodlers’ conviction is increasing and long-term investors refuse to sell.

Stubborn hodling is a hallmark of Bitcoin bear markets, and the latest data shows that that mindset is firmly back this year.

CDD refers to how many dormant days are erased when BTC leaves its host wallet after a given period. When CDD is high, it suggests that more long-term stored coins are now on the move.

“The total volume of Bitcoin coin-days destroyed in the last 90-days has, effectively, reached an all-time-low,” Glassnode commented.

“This indicates that coins which have been HODLed for several months to years are the most dormant they have ever been.”

The news follows weeks of various hodl-focused metrics showing a commitment to keep the BTC supply under lock and key for better days.

Glassnode meanwhile additionally noted the increasing prevalence of coins hodled for at least three months as a proportion of the USD value of the BTC supply.

“Bitcoin HODLers appear to be steadfast and unwavering in their conviction,” it agreed.

An accompanying chart showed Bitcoin’s HODL Waves metric — a depiction of the supply broken down by coin dormancy.

While old hands walk away from the “sell” button, Bitcoin’s largest-volume investors are on the radar of analysts when it comes to spot price moves.

The current trading range represents a zone of interest due to the extent of trading activity involving whale money in the past.

Large buys lend additional weight to a specific support price while the same is true of resistance levels, and according to on-chain monitoring resource Whalemap, BTC/USD is currently stuck between the two.

An accompanying chart showed whale resistance levels capping relief for Bitcoin and limiting it to within the $20,000 zone.

In a familiar return to 2022 norms, crypto market sentiment has now been in “extreme fear” mode for more than a week.

As per the Crypto Fear & Greed Index, which measures aggregate crypto market sentiment, the average investor could not feel much more uneasy about the outlook.

Cold feet is nothing new to the market this year, which saw its longest-ever stint in “extreme fear” at over two months.

A potential silver lining could lie in social media interest, which saw a rebound over the weekend, Santiment noted.

“Among crypto’s top 100 assets, $BTC is the topic in 26%+ of discussions for the first time since mid-July,” it revealed in part of Twitter comments this week.

“Our backtesting shows 20%+ dedicated to Bitcoin is a positive for the sector.”