Microsoft unveiled Windows 11 a few weeks ago, releasing the first Windows 11 beta for developers right after that. Anyone interested in testing Windows 11 features could try the new operating system by becoming an “Insider”. However, the Dev Channel release is the kind of beta that Microsoft doesn’t recommend to most users. The Windows 11 […] 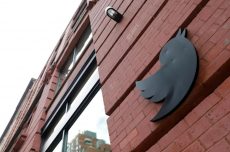 Twitter has laid out plans for a bug bounty competition with a difference. This time around, instead of paying researchers who uncover security issues, Twitter will reward those who find as-yet undiscovered examples of bias in its image-cropping algorithm. Back in April, Twitter said it would study potential “unintentional harms” created by its algorithms, beginning […]

When it comes to discrete graphics cards for PCs, it’s currently a two-horse race between NVIDIA and AMD. NVIDIA’s GeForce RTX 30 Series is going up against the Radeon RX 6000 Series in the current-generation discrete GPU wars. However, Intel is looking to barge in on the fireworks with its DG2 family of discrete graphics […] 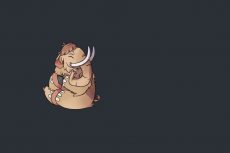 Decentralized social network Mastodon now has an official iPhone app. The nonprofit behind Mastodon launched the app on iOS today, supplementing an existing web version and several third-party apps for iOS, Android, and other platforms. The app is free and offers a similar feature set to Mastodon’s core service, although it doesn’t include Mastodon’s broad […] 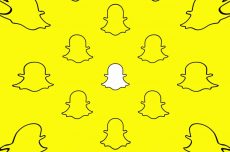 Snapchat is experiencing a massive issue as of Thursday evening, with more than 125,000 users reporting problems on Downdetector. I tried logging into the app on my iPhone 12 Mini, and now the app just crashes every time I try and open the app. Two other Verge staffers aren’t able to open the app, either. […]

Huawei on Thursday unveiled its new P50 smartphone line, which lacks support for super-fast 5G internet, as the Chinese tech giant grapples with both U.S. sanctions and a global chip shortage. The company is launching two models: the P50 and a more expensive P50 Pro. Huawei’s P series is mainly known for its cutting-edge camera […]

Amazon has updated the Alexa app on iOS so that you can access the voice assistant right from your home screen via a new widget. Everyone can use the assistant to remind specific members of your household to do tasks through a new “assign reminders” skill. Due to the somewhat restrictive nature of the widgets […]

Starting today, you can use a second-generation Fire TV Cube to take part in two-way Zoom calls. For the best experience, Amazon recommends a webcam with a 60- to 90-degree field of view that can capture video at 1080p. The company also suggests mounting the device on the top of your TV set, and that […]

Since last year, Google has been continually updating its iPhone and iPad apps with homescreen widgets. Google Maps is now the latest with version 5.74 seeing a pair of useful iOS widgets. The first is a standard search widget called “Find places nearby.” Google has used the same layout for the Search app and Chrome. […]

We’re officially two weeks out from the launch of Samsung’s fall flagships, and thanks to a series of extensive leaks over the last couple of months, we have a pretty good idea of what to expect. Not only will we finally see an S Pen-capable folding phone, but with any luck, the first Wear OS […]

Even with LG out of the picture, Google was unable to keep up with OnePlus, Motorola, and Nokia’s growth rate in addition to Apple and Samsung in the US smartphone market during the first six months of 2021, which obviously reflects very poorly on the search giant’s rookie 5G-enabled efforts. It’s safe to say that […] 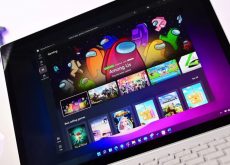 The Microsoft Store on Windows 11 recently received an update to version 22107.1401.6.0. The update improves the store’s user experience. Rudy Huyn, principal architect of the Microsoft Store, shared details about the update on Twitter. It includes a “big focus on the install UX, ratings and reviews and media PDPs,” according to Huyn. It also […]