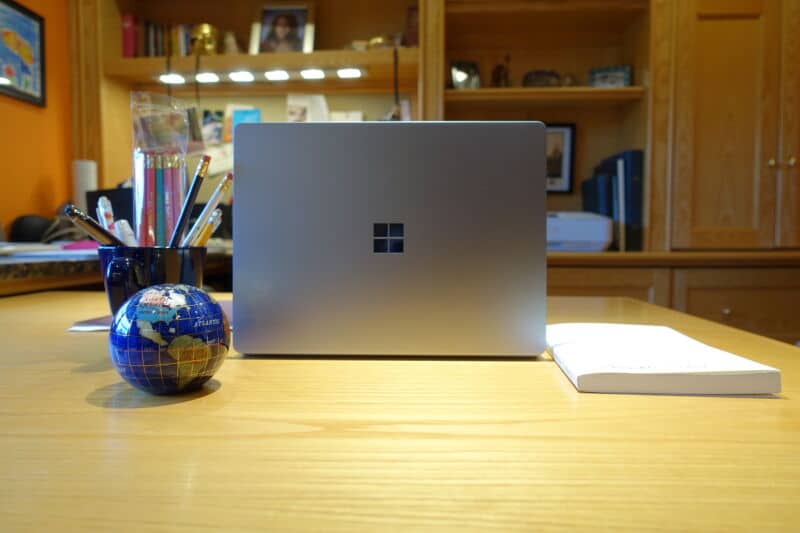 Microsoft may have another Surface announcement to make before the end of the year, according to a rumor from Windows Central. The report claims that Microsoft is working on a low-cost, education-focused device, codenamed “Tenjin,” designed to compete with Chromebooks in schools. The laptop could be “announced before the end of this year if plans don’t change,” the report says. It would also run a new variant of Windows 11, dubbed “Windows 11 SE.”

The laptop would come with a low-end quad-core Intel Celeron N4120 processor, “up to” 8 GB of memory, an 11.6-inch 1366×768 display, and an all-plastic body. It would eschew the normal Surface Connect port in favor of a single USB-A port, a USB-C port, and a “barrel-style AC port.” Presumably, the laptop could charge through either the AC port or the USB-C port, as current Surface devices do.

Such a laptop would slot in below the $549 12.4-inch Surface Laptop Go in Microsoft’s lineup, and accomplishing that in today’s supply-crunched, chip-shortage-afflicted PC market would definitely require some cost-cutting. That would explain the device’s use of a two-year-old underpowered Celeron processor and a low-resolution 16:9 display, breaking with the Surface lineup’s longstanding tradition of using screens with a taller 3:2 aspect ratio. The laptop may not even be available through typical retail channels, mirroring a strategy Microsoft already uses with certain business-focused Surface configurations and specific models like the Surface Pro 7+. Only offering the machine in bulk to educational institutions could further reduce the price.

Though the Windows Central report is very specific about the laptop’s hardware, it offers few details on Windows 11 SE. It could just be a successor to Windows 10 in S Mode, which will only run apps from the Microsoft Store but can be upgraded to a regular Windows 10 version at no cost with a few clicks. An older mention of Windows 11 SE detailed by XDA, on the other hand, suggests that it is an enterprise-only version of Windows with no Microsoft Store and some other restrictions on apps and settings.

Microsoft has a long history of offering restricted, low-cost Windows versions for the cheaper end of the PC market, going all the way back to when it started offering cheap Windows XP licenses for netbooks during the Windows Vista era in the late 2000s and continuing up through Windows 7 Starter Edition, “Windows 8.1 with Bing,” and Windows 10 in S Mode. But this would be the company’s first stab at that market with its own hardware rather than simply enabling other hardware makers to offer Windows systems for less money.

A Microsoft representative had nothing to share about this laptop or Windows 11 SE when contacted for comment.