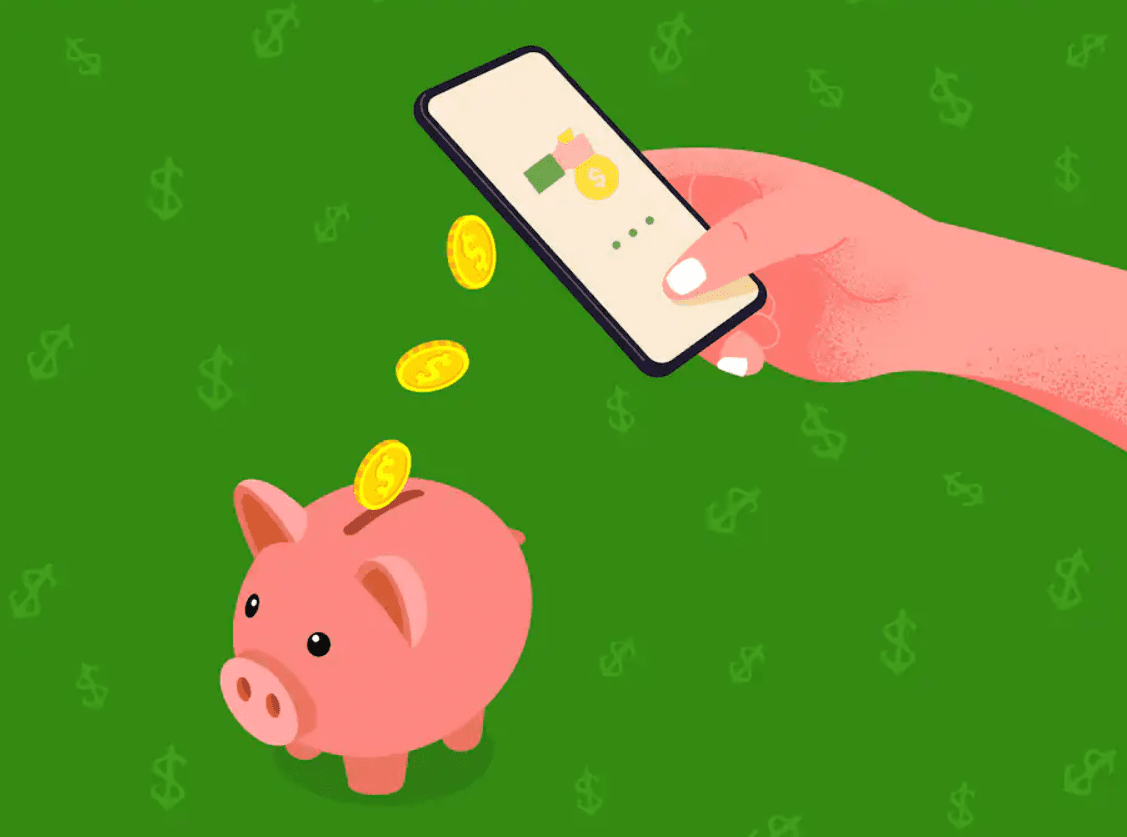 But as the pandemic carried on and more of our lives switched from in person to over screens, we started racking up new costs. Streaming services, delivery apps, online fitness classes, virtual learning apps, the Zoom account that lets you talk longer than 40 minutes.

People in some parts of the United States have started using gyms and eating at restaurants again, or are using a combination of online and in-person services. But without physical bills or regular reminders, lingering subscriptions can be easily forgotten.

Those small digital charges add up. And in a struggling economy, finding even small ways to save money can be a huge help.

There are plenty of tools to help figure out where money is being lost, like budgeting apps Mint and subscription tracking apps like Truebill, which connects with your bank accounts and lets you pick how much to pay. Another option, Bobby, is free but requires more work to set up.

Truebill CEO Yahya Mokhtarzada said that the number of users has risen during the pandemic and that users’ spending habits have changed. He says services such as Kindle Unlimited became more popular than Barnes & Noble, more people paid for YouTube Premium than tickets to movies at Cinemark Theatres, and they spent more money on Uber Eats than Uber rides. The shift to automated payments has made it easier for companies to make money and harder for customers to keep track, he said.

“We used to pay everything in cash so you know where your money is going,” Mokhtarzada said. “Now you just have no visibility, and people aren’t exactly anxious to tell you they’re charging you every month.”

You can use apps, or you can take control yourself. As the New Year rolls in, it’s a good time to hop on your phone and make sure you’re not paying for anything you don’t need.

You probably don’t need all of your new subscriptions, but finding them isn’t always easy, and canceling some can be a chore.

There’s a high probability you are paying monthly fees for things you’ve already forgotten you signed up for, whether it’s a free trial of CBS All Access you got to binge “Star Trek: Picard” or a subscription to the Noggin kids’ app you agreed to in a moment of work-from-home panic. The longer a free trial, like Apple TV Plus’s free year with a new device, the easier it is to forget about.

They can seem small at the time, $5 or $10 here and there for a bit of entertainment, but add up fast. An average subscription to all of the nine big streaming platforms, including Netflix, Disney Plus and HBO Max, comes to around $900 a year, or $80 a month. Then there are streaming workout apps, games, kids’ apps, newsletters and news publications (which are great).

You can go through your credit card statement to see which companies are charging you, but that doesn’t tell the whole story. Most reoccurring payments are automatic deductions charged every month or as a lump sum once a year. However a growing number of services bill through a third party, such as Amazon, Apple and Google, and can be bundled together as one charge, meaning they’re easier to miss on statements.

Go to your settings on each app store and review what you’ve signed up for, including free trials that you forgot are coming to an end.

On an iOS device, go to settings, tap on your profile on top, then tap “subscriptions” to see what you are paying for through Apple. Make sure the option for renewal receipts is turned on so you get emails reminding you that you pay for these services. On an Android device, go to the Play Store, then tap the menu icon (the box with lines in the upper left corner) and look for “subscriptions.” And on the Amazon website, use the “accounts and lists” drop-down menu next to the search bar to click on “memberships and subscription.”

Keep track going forward by checking your statements regularly, keeping a list or spreadsheet of all your subscriptions as you start them, and by setting a calendar reminder to cancel a subscription or free trial when you’re done with it.

Keeping or canceling aren’t your only options for saving money on things like subscriptions.

A surprising number of payments are negotiable. The most well known are cable and cellphone service fees, which can usually be lowered with a phone call and a threat to switch to another company. Car insurance and credit card interest rates can also be haggled down. Mokhtarzada says the best time to bargain is after your initial contract is up: “There’s often retention offers that they have available, but they’re not going to reach out and tell you about them.”

But you can also try bargaining down less obvious payments, such as expensive software you use for work. Companies including Adobe have allowed some customers to pay less during the pandemic, when work slowed.

Another way to pay less is to share your subscriptions. In the proper, legal way, of course. Look into any family plans and read the fine print for how that company defines family. Does your mom need to live at the same address to share a streaming account or just actually be your mom? If having more people on a streaming account lowers the cost for everyone, it might be worth switching. Some companies, such as Spotify, allow you to pay 50 percent more to add up to five family members, or just $3 more if you want to have a two-person account. And if you’re absolutely going to keep using it for another year, many subscriptions offer discounted rates if you pay for an entire year upfront. (Set that calendar reminder for 11 months from now!)

If you’re on the fence about giving up an account forever, some companies will let you pause an account instead of canceling it. And services including Netflix make it easy to quit and come back without losing your watch history, or your spot in the middle of bingeing Bridgerton, and having to sign up all over again.

The boom in grocery and restaurant delivery during the pandemic means you have multiple options when it comes to paying someone to bring you a fresh or frozen burrito. The prices across apps can vary, even for the same restaurant or grocery store.

Before shopping for groceries, look at prices on apps such as Instacart or Amazon Fresh to see how they compare, calculating in any delivery fees. Also try the stores’ sites directly and see if they offer pickup or delivery. For restaurants, prices can also vary between apps, so open a few and check your favorite entrees before purchasing. If possible, see if the restaurant is taking orders directly. Even if the prices aren’t lower, the business will probably be able to keep a larger share of your payment when not using an app like Grubhub. Some companies, such as DoorDash, that offer subscriptions are basically prepaying a delivery fee. If you don’t order enough through a single app to make this a deal, skip it.

It’s also time to audit delivery memberships, starting with an Amazon Prime account if you, like more than half of U.S. households, have one. Amazon Prime costs $119 a year and includes benefits such as free two-day shipping and its Prime Video service, but it is no longer the only game in town. Non-Prime members can still get free, slower shipping on orders over $25.

Walmart has added its own similar service, called Walmart Plus, for $98 a year. If you use Prime for groceries from Whole Foods, there are alternatives for other stores, such as an Instacart membership. Many companies offer free, fast shipping for a minimum order, and if it’s just “The Marvelous Mrs. Maisel” you want, Prime Video can be paid for separately. (If you do hold on to Amazon Prime, don’t forget to Google a product before you buy it and see if it’s available for a lower price, even with shipping.)

Bring your cloud storage bills down to earth

Somewhere along the line you ran out of free iCloud or Google storage. Or maybe you signed up for multiple services and are paying for more space than you need. This is a two-step money saver that might also help streamline where all your important documents and photos live.

First, figure out how much storage you need. Audit your Amazon, Google, Apple, Dropbox and Microsoft storage (we’re talking personal files, not pro-level storage). They all have easy ways to see a visual breakdown of how much storage you are using and for what types of files. A photo or video collection is usually one of the biggest chunks of cloud storage. You could be surprised to find some unexpected space hogs, such as an automatic backup of all your text messages including photo attachments. Try backing up to a computer instead of the cloud, deleting past backups and clearing out old message attachments.

Prune where you can, then shop around for the best price for however much storage you’re using and reasonable upgrade options as you grow. Until recently, Google Photo’s unlimited storage for slightly compressed photos was the biggest steal, but now it’s only 15 GB for free, then $1.99 a month for 100 GB. Amazon still offers unlimited full-resolution photo storage for Prime members, with the caveat that you need to use its app to browse through them. Dropbox is up to 2 GB for free, then jumps to $9.99 a month for 2 TB. Apple’s iCloud storage offers up to 5 GB for free or 50 GB starting at $0.99 a month.

In theory, you could spread your files across a few services for free, but that might lead to forgetfulness and heartbreak down the road. For some people, the right cloud storage option is whatever’s tied into their phone. If it’s ease of use you’re looking for, Android users can stick with Google Drive and Apple users iCloud.