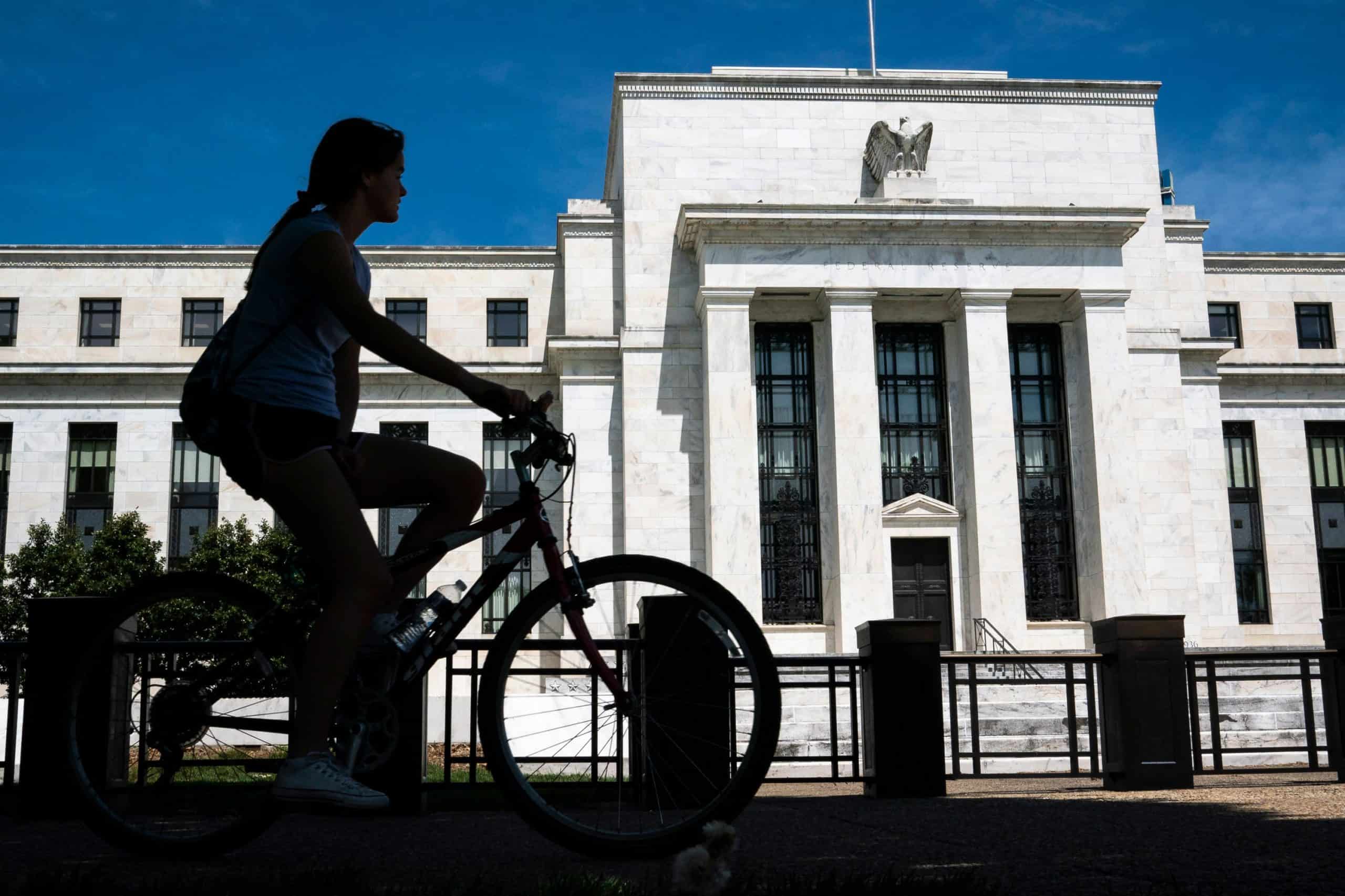 For the past decade or so, the Federal Reserve has been quite effective in helping to create inflation, just not the kind that it normally targets.

The Fed’s perpetually easy monetary policy, consisting of historically low short-term interest rates and trillions of dollars in bond buying, has coincided with a huge swell in asset prices, stocks in particular.

What it has not driven is the kind of inflation central bank officials like to see – higher wage pressures, for instance, that help improve the standard of living as well as signal a vibrant economy not caught in the slow-growth trend that has persisted since the financial crisis.

The Fed is hoping to change that with a policy that it wheeled out in late August and codified Wednesday.

Instead of using interest rate increases to head off inflation before it hits, the Fed now will wait to hike until it sees inflation running persistently above the 2% target for an indeterminant period. While the move to “average inflation targeting” is in a respect historic for the Fed, market participants remain largely skeptical that the central bank can achieve its newly defined goal.

“Inflation has been an enigma for the Fed for a decade,” said Art Hogan, chief market strategist at National Holdings. “Clearly, there are certainly risks of creating asset bubbles with easy monetary policy. There doesn’t seem to be much risk of actual constructive inflation.”

Officially, the post-meeting statement “will aim to achieve inflation moderately above 2 percent for some time so that inflation averages 2 percent over time and longer-term inflation expectations remain well anchored at 2 percent.” Policy won’t change “until these outcomes are achieved.”

However, inflation didn’t even get past 2% when the U.S. economy was running with a 3.5% pre-pandemic unemployment rate, its lowest in 50 years. So investors could be forgiven for not expecting much from an economy with 8.4% unemployment, the decline of which historically has been an inflation sign though that relationship has broken down since the financial crisis.

None of the 17 officials on the Federal Open Market Committee see inflation breaking the 2% barrier through at least 2023. That means that the current near-zero short-term rate environment likely will persist for years before any change in the current structure would occur.

That poses problems on multiple levels.

As Chairman Jerome Powell has spelled out repeatedly and reiterated during his post-meeting news conference Wednesday, low inflation generates low expectations which generate the low rates that Wall Street loves but that the Fed fears. Powell again stressed the limitations the zero-bound rates put on the Fed, which loses its ability to ease policy during times of stress.

Powell was asked during the news conference about the danger of asset inflation and financial instability, but expressed little concern about either at the moment.

Still, the talk of asset inflation, and a potential bubble, against economic disinflation will continue while the Fed stays near zero and inflation is mired well beneath the target rate.

“We know through the last 10 years that lower rates created asset inflation but not necessarily broad economic inflation. We need that component to be part of the discussion,” said Marvin Loh, senior global macro strategist at State Street. “I don’t think [a bubble] is a concern now. But it probably will be if this continues as we go into next year and probably 2022. They can look past it now given how many challenges they see in the economy.”

Indeed, at least from a valuation standpoint Powell has wiggle room left before he has to start worrying about a stock market bubble.

Rather, the worry may be that the Fed has little else it can do except to keep pumping up the stock market and hope the economy follows.

The market didn’t know quite what to make of the Fed’s latest messaging, rising initially Wednesday before tailing off during Powell’s remarks and then sagging Thursday as investors wondered just how strong the Fed’s commitment is to economic inflation, and whether it can be effective.

After all, the change in approach on its face doesn’t seem that radically different from the former “symmetric” objective the Fed had to inflation, meaning it would allow for a miss on either side of the target. The difference is that this policy aims strictly for higher inflation, even if the details don’t seem to be ironed out yet.

Powell emphasized the need for fiscal help from Congress to support the recovery, though it’s still unclear what form that ultimately will take.

“There wasn’t much detail on how this would work,” said Yung-Yu Ma, chief investment strategist at BMO Wealth Management. “There’s some skepticism perhaps on a longer-term basis that they might be able to achieve that. That would then indicate that the Fed is essentially signaling that we can stay at the zero-bound interest rate until we do.”

Ma called it “quite a strange mismatch” that none of the Fed officials were anticipating inflation above 2% even in the longer run, though they do see the benchmark funds rate rising to 2%-3% over the long run from its current state near zero.

“Although we have the perfect setup for inflation – deglobalization, big tech breakup, higher wages – no one knows what actually drives inflation, and no one knows how to overcome huge demographic shifts that cause low inflation,” added Jeff Klingelhofer, co-head of investments and a portfolio manager at Thornburg Investment Management.

“The Fed’s I’ll-tell-you-when-to-stop-pouring approach to 2% inflation is just impossible,” Klingelhofer added. “Investors shouldn’t assume talk of inflation is monopolizing the Fed’s time, particularly since I don’t expect inflation to come into view until the end of 2021 at the earliest.”

If nothing else, though, the Fed’s policy should be market-friendly, Thursday’s adverse reaction notwithstanding.

Krishna Guha, head of central bank strategy at Evercore ISI, said the “whites-of-their-eyes” strategy on inflation is “unprecedented” and “is proof the Fed reaction function has changed. And it is bull fuel for the longer run.”