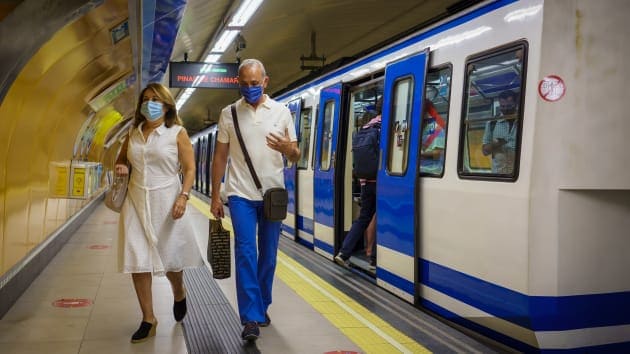 The euro zone economy contracted by 12.1% in the second quarter of 2020, compared to the first three months of the year, according to preliminary data from the region’s statistics office.

Friday’s reading is the lowest since records began in 1995. The region’s largest economies contracted by two-digits during the period due to strict lockdown measures brought about by the coronavirus pandemic. German GDP (gross domestic product) contracted by 10.1%; Italy’s sank by 12.4%; France’s fell by 13.8%; and Spain’s shrank by 18.5%. The latter was the worst performing economy over the second quarter.

The 19-member bloc that shares the euro currency had experienced a fall of 3.6% in GDP during the first quarter. Spain, Italy and France’s GDP rates dropped by over 5% during that period.

The European Central Bank forecast in June a drop of 8.7% in GDP for the euro area in 2020. The central bank expects activity to rebound significantly in the third quarter compared to the first six months of the year.

The latest reading looks at the economic activity between April and June, which coincides with the period of time when many European governments had strict shutdowns that were slowly eased as the quarter progressed. There’s still a lot of uncertainty going forward, with some countries reporting an increase in Covid-19 infections in recent weeks.

Different governments have now said they will not close their economies in full, as they did before. But officials say they are ready to impose additional and stricter rules on gatherings and other social-distancing rules to avoid a large second wave.

The United States reported its biggest drop in quarterly growth ever on Thursday, with second quarter GDP sinking 32.9% on an annualized basis.