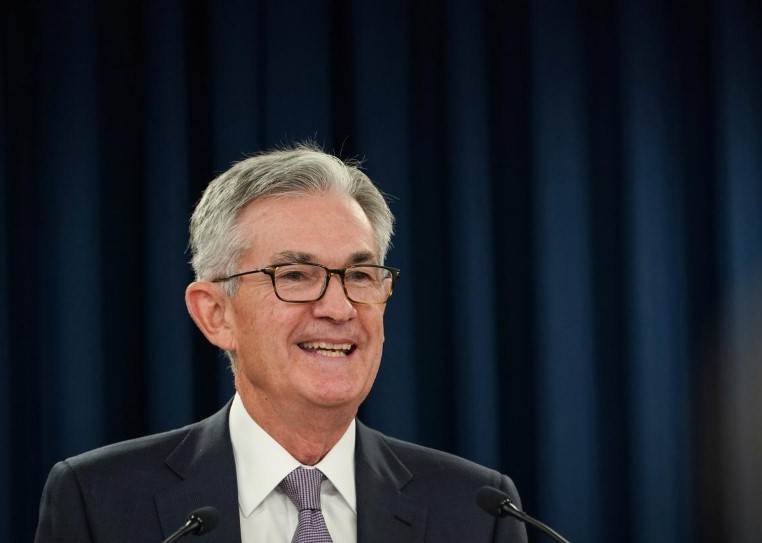 Federal Reserve policymakers on Friday signaled they are on high alert for signs that uncertainty over trade policy and slowing global growth are beginning to hold back the broader U.S. economy, but so far they have flagged little in the data that is pointing one way or the other.

A report on Friday showed jobs growth slowed down in September and wage growth stalled, even as unemployment dropped to a 50-year low.

Surveys released earlier in the week showed factory activity is contracting and growth in the services sector is stagnating.

Each report sent traders scrambling to bet on how the Fed might react: on Friday, they pared bets from only days earlier that the Fed would deliver two more rate cuts this year, and they now expect it to stop at just one.

But for their part U.S. central bankers, a few of whom opposed the Fed’s two interest-rate cuts so far this year and two of whom wanted even bigger rate cuts, generally stuck to their scripts, some more literally than others.

“While not everyone fully shares economic opportunities and the economy faces some risks, overall it is — as I like to say — in a good place,” Fed Chair Jerome Powell said in brief remarks in Washington. “Our job is to keep it there as long as possible.”

Powell and Fed Vice Chair Richard Clarida have repeatedly used “in a good place” to describe the economy, even as the central bank delivered rate cuts in both July and September designed to keep growth on track.

As Fed policymakers sift through the economic data ahead of their next interest-rate setting meeting on Oct. 29-30, they remain divided as they assess the downside risks of the trade dispute and of geopolitical tensions to the economic outlook.

September’s rate cut drew three dissents out of 10 votes; at least two non-voters have since said they too disagreed with the decision.

Policymakers are “wrestling with” figuring out if the U.S. economy is headed for a “soft landing” or a “steep decline,” Atlanta Fed President Raphael Bostic said during a moderated discussion at Tulane University in New Orleans.

Prolonged U.S. trade tensions with China are causing some businesses to sit “on the sidelines” and have the potential to affect consumers, he said. Still, he projects that the economy will grow above-trend in 2019, lifted by a tight labor market with an unemployment rate at 3.5%.

“There are lots of reasons to be optimistic about this economy,” Bostic said. “But also we need to recognize that there’s a lot of uncertainty out there.”

U.S. President Donald Trump said on Friday there is a “very good chance” of a trade deal with China emerging from next week’s scheduled talks, though he has made similar pronouncements ahead of past negotiations.

Bostic’s counterpart at the Boston Fed, Eric Rosengren, who opposed the central bank’s two rate cuts this year, said he too was parsing the data, and had an “open mind” on policy ahead.

U.S. employment growth is getting to what he “would expect in kind of a stable economy,” Rosengren told CNBC in an interview. “I think the bigger question is whether it ends up being weaker from here and that depends importantly on what happens on the consumer side of the economy.”

The Labor Department report Friday showed the unemployment rate fell to 3.5% last month as U.S. employers added 136,000 jobs, down from 168,000 jobs created in August but still plenty to keep up with labor market growth.

Cleveland Fed President Loretta Mester, interviewed later in the day on CNBC, said that so far she is not seeing signs that weakness in manufacturing is spilling over to consumer spending, which has been strong and accounts for about 70% of the U.S. economy.

Still, she said, trade spats and slowing global growth are a headwind on U.S. exports and that she takes those risks seriously.

Asked whether she would support a rate cut if she had to decide today, Mester took issue with the very question.

“I don’t have to say today,” she said. “In fact, I really think it’s important that we really look at the incoming information that we are going to get as we work up to the end-of-the month meeting.”