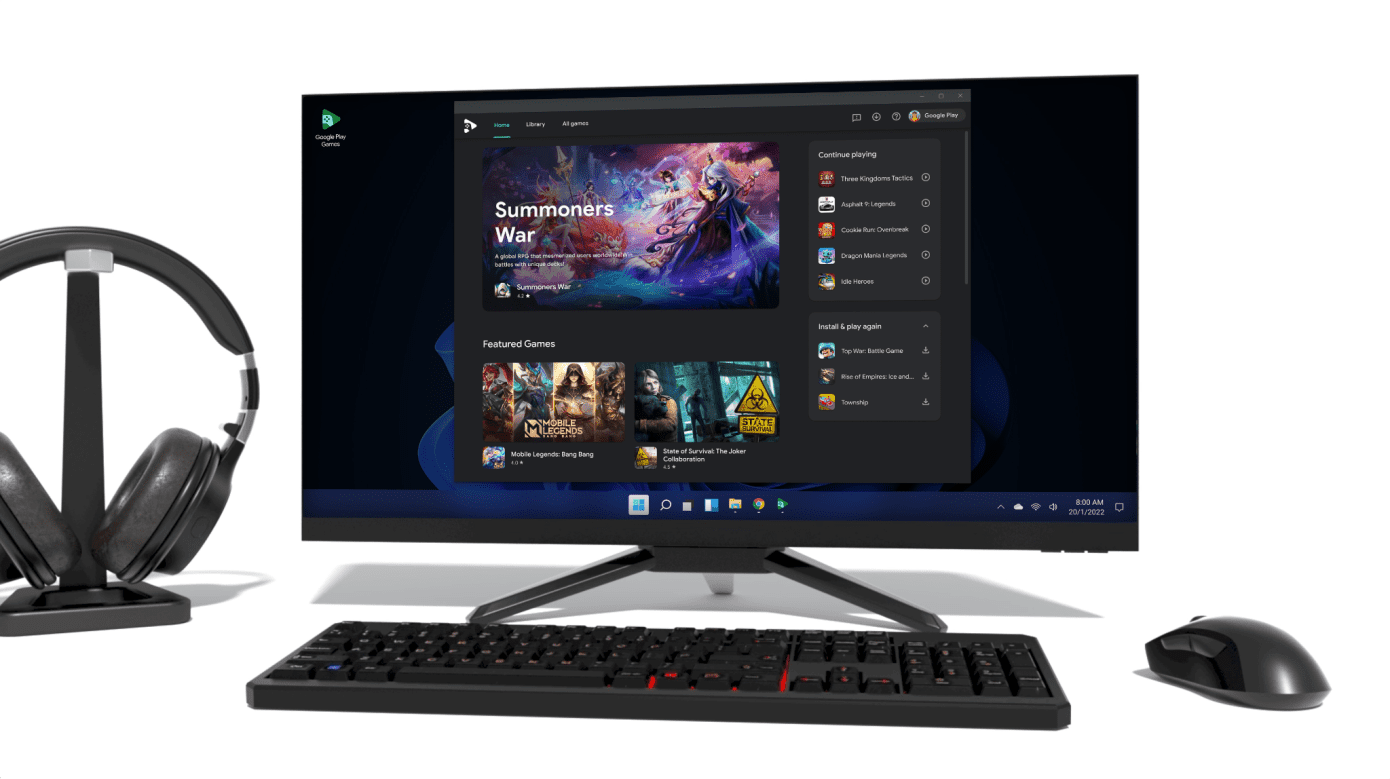 Google today will begin rolling out a limited beta test of its newly announced Google Play Games for PC product in three overseas markets: Hong Kong, South Korea, and Taiwan. The Google Play Games PC application, which was announced last month during The Game Awards event, allows people to play Google Play games on Windows PCs, in addition to currently supported platforms like mobile, tablet and ChromeOS. The new PC support will include both laptops and desktops, Google said, and players will be able to pick up from where they left off when switching from another device, like their Android phone, over to their computer.

The company had previously announced the first markets to gain access to the PC app, which was expected to arrive in early 2022. However, an exact date had not yet been given.

After gaining access to the beta, testers will be able to try out popular mobile games like “Mobile Legends: Bang Bang,” “Summoners War,” “State of Survival: The Joker Collaboration,” and “Three Kingdoms Tactic,” which already reach hundreds of millions of players worldwide each month. In total, beta testers will have access to more than 25 games, Google says.

The new PC app lets users browse through the catalog, then download and play games on a larger screen, while also taking advantage of their mouse and keyboard inputs. Users’ gameplay progress, meanwhile, swill sync between devices, and they’ll continue to early Play Points when gaming on the PC, Google today noted.

The PC app’s launch follows a recent move from Microsoft to bring Android apps to Windows 11, which included a partnership with Amazon and its own Amazon Appstore, as demand for cross-platform gameplay has heated up. But the Google Play Games for PC app isn’t being built in partnership with Microsoft — it’s Google’s own app, which it built in-house and distributes. It’s also not a game streaming service. Players will download the games to their computer in order to play.

As the beta version goes to launch, Google says it will publish more details for Android developers that will help them optimize their existing games to be compatible with Windows PCs, so they’ll be able to take advantage of the expanded access the PC app will provide. Google had said last month that, with the launch of a Windows app, Google Play games could reach a gaming ecosystem of 2.5 billion monthly active users, across platforms.

Timed alongside this news at 4 PM PT today, Google will launch a developer website for those interested in participating in the beta where they can express interest and opt-in to receive updates as the beta continues.