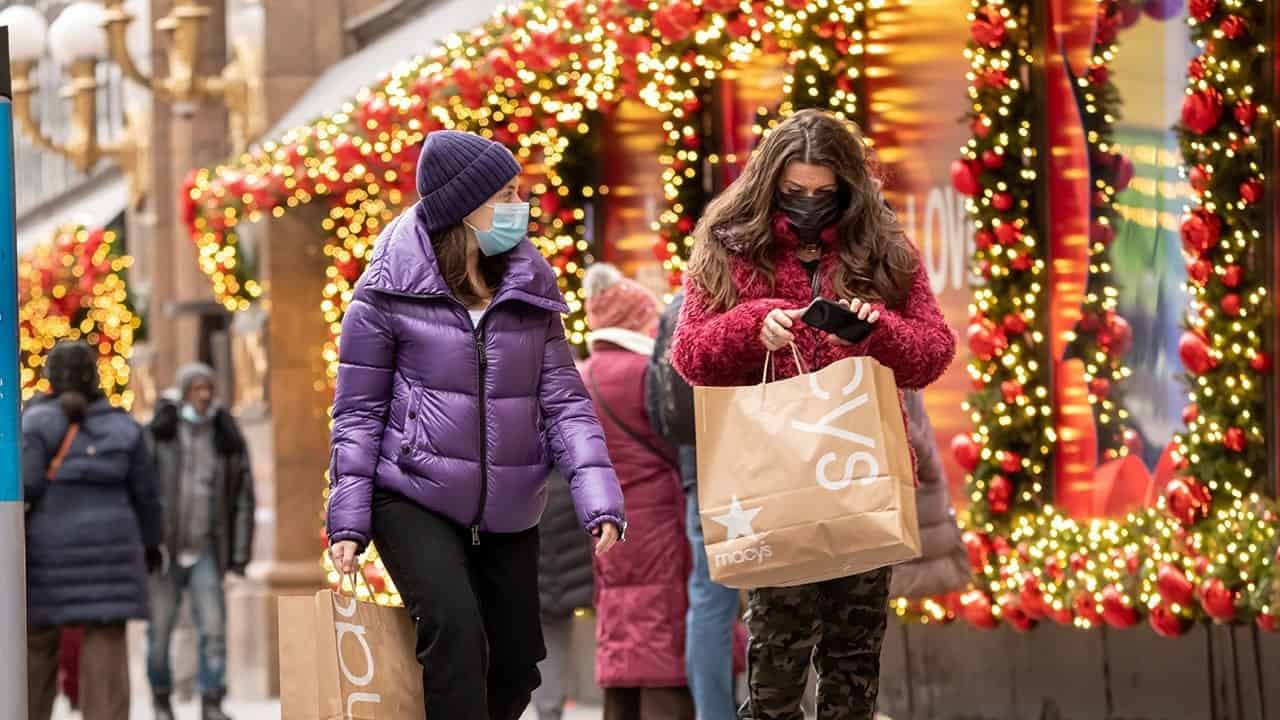 American consumers are approaching this year’s Black Friday in the face of a supply chain crisis rightly described as “unprecedented.”

As someone who has worked at the nexus of national security and supply chains for years for companies like Deloitte, trust me — there is literally no peacetime precedent for this degree of disruption.

It’s right to be concerned as we arrive at the biggest holiday shopping day of the year. Small businesses that rely on Black Friday promotions to turn a profit have particular reason to worry: according to 2019 U.S. Census Bureau data shared by Statista, toy stores, jewelry stores, and many other retailers rely on fourth-quarter shopping to generate more than a third of their annual retail sales.

And apparently it’s all our fault. According to politicians on the left and their allies in the media, American consumers made this happen with our uncontrollable shopping habits. Not only that, we’re too dumb to understand why the supply chain is backed up.

The Biden administration, from which many in the press happily take their cues, has hardly been able to hide their dismissal of Americans’ concerns.

President Biden himself has remarked that “not a lot of people have a clear understanding… about how a supply chain works,” and insisted that it is “incredibly complex.” His chief spokesperson Jen Psaki — who has access to the White House Athletic Center — mocked real peoples’ supply chain woes as “the tragedy of the treadmill that’s delayed.”

The liberal media has been even more obnoxious. One journalist suggests that instead of buying so many goods we could instead “go for a long bike ride,” while another counsels us to eschew typically popular gifts and go to “the zero-waste store with the…reusable mesh produce bags and the dryer balls made from organic wool.”

One recent article in Time magazine, “How American Shoppers Broke the Supply Chain,” suggests it’s our “huge appetite” for “gobbling up” products that is causing bottlenecks.

Another piece in Bloomberg cuts right to the chase: “Americans need to learn to live more like Europeans.”

No, actually, we don’t. These “hot takes” are not just high-handed, cringeworthy condemnations of consumerism from elites who like to think themselves as above such trivial matters — they’re simply based in ignorance.

Consumerism isn’t the variable that’s changed, nor is it Americans’ expectation of stable prices and modern customer service and delivery times.

What has changed for consumers and for small businesses all across this country is a historic degree of federal intervention the economy over the last 18 months — first by shutting the country down over coronavirus concerns and then by disincentivizing workers from returning to the labor market by doling out direct-deposit entitlement payments.

That put businesses on the back foot. Now add in the dramatic increase in fuel prices that ripple across every step of the manufacturing and shipping processes, hurting small businesses most.

As a simple rule, the people who wrecked the consumer economy are not the best source of advice for how to fix it. And they lost whatever shred of credibility they may have had to chide us about consumer behavior when Congress just recentlly passed a bill sending a trillion dollars out the door.

Government can’t spend its way out of the supply chain problem. Biden may think the average American doesn’t understand supply chain issues, but it’s Americans — spending and procuring items in a free economy as they see fit, on days like this Black Friday — that can speed us towards the end of this crisis.

The solution is for Washington to mostly get out of the way and let businesses innovate their way out of this. For instance: temporarily remove the federal restrictions on trucker hours and age of commercial truck drivers. We allow 18-20-year-olds to fight in our wars, driving tanks and Humvees and helicopters to do it. With the right training they can drive commercial vehicles.

American companies should be free to embrace as many creative supply chain mitigations as they can — even if painful and expensive on both their margins and the consumer in the short term — and think through the durability of their supply chains in the face of a less-cooperative China. And instead of telling these businesses what to do, government should convene industry leaders and work to identify and publicly declare what an expanded domestic supply chain might look like.

We are Americans, and we have agency. The average American is a smart and exceptionally productive economic actor, and sees through the chiding of elites in the midst of a crisis those same elites helped to create.

This Black Friday, don’t let them tell you how to spend your hard-earned money.