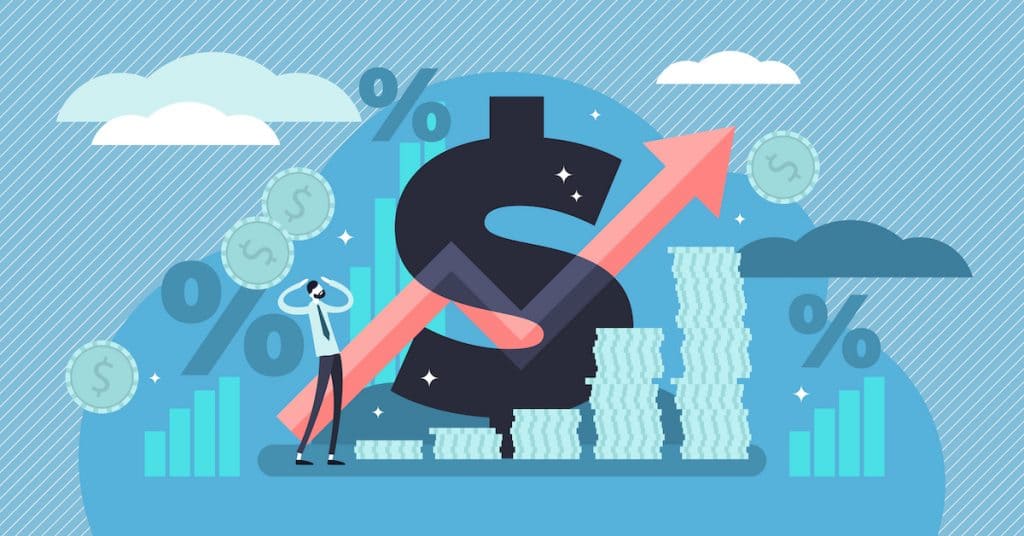 Despite the ever scary inflation headlines, the Dow Jones Industrial Average (^DJI) and S&P 500 (^GSPC) are flirting with record highs.

On paper, increasing inflationary pressure brought on mostly from the pandemic should be pounding corporate profit margins and weighing on outlooks. So far this earnings season, on balance that hasn’t happened and stock prices have been fast to jump on the less dire narrative, pros say.

Reinking is correct, the data shows.

About 84% of companies have beaten earnings estimates for the third quarter, in line with the record levels seen in the prior two quarters. Earnings for those companies that have reported have gained a solid 32.7%. Companies have managed to deliver strong results due to the combination of price increases and cost cuts designed to combat anything but transitory inflation.

Meanwhile, Goldman Sachs notes of the 117 S&P 500 companies that have reported earnings thus far, 65% have exceeded consensus estimates by at least one standard deviation of those projections. This is a rate that if sustained, would rank among the strongest quarters on record behind the first and second quarters of 2021.

Adds Kostin, “While managements and analysts remain cautious, markets have moved along with tentative signs of improvement from supply chain data and commodity prices.”

That said, inflationary pressures right now are no laughing matter.

“People have different definitions of transitory. I’m not quite sure how long you would define transitory these days. I mean, I think the real question is, do we see expected cyclical inflation or does it turn into a structural inflation? I don’t think it’s the latter one, personally. But I think with the inflation environment, we will see around us for some time. It’s not going to go away overnight and we’re prepared to deal with that,” explained Bitzer.

P&G’s Vice Chairman Jon Moeller said on Yahoo Finance Live, the Tide maker will see a $2.2 billion after-tax hit to earnings in its current fiscal year due to inflation. Moeller is also raising prices on shoppers to protect margins.

Investors are starting to pay a little attention even if it isn’t reflected in the broader market.

“Inflation will remain heavily in focus for markets over the week ahead, with recent days having seen investor expectations of future inflation rise to fresh multi-year highs.” Deutsche Bank strategist Jim Reid says.

But in the near-term, market bulls do appear to be in control.

Quips Reinking, “It does seem like investors are becoming somewhat desensitized to these issues and are willing to look past this as we’ve seen multiple situations where stocks initially gapped down on a guidance miss only to rebound later in the session.”