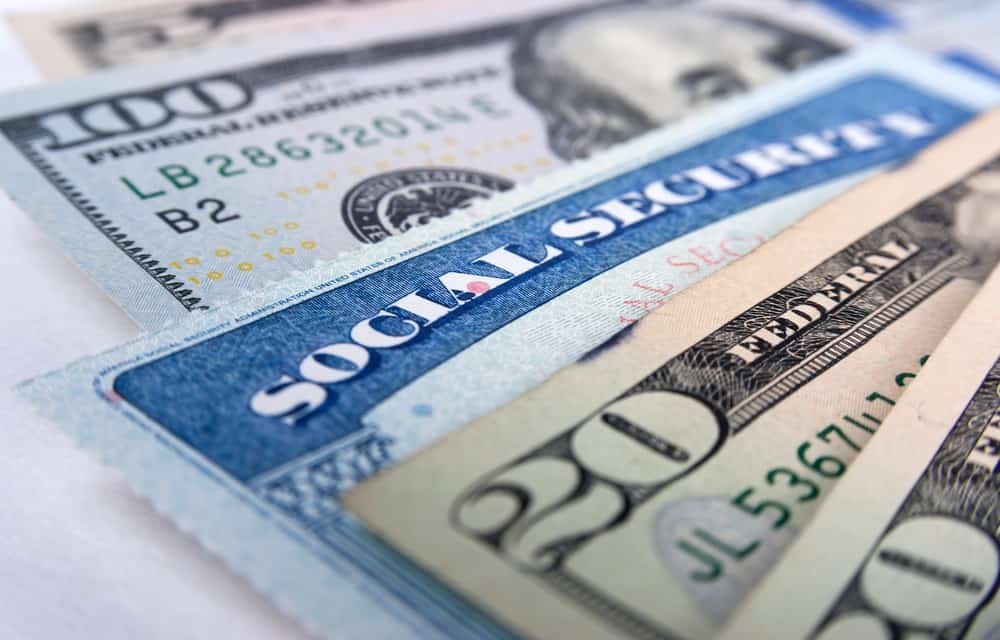 Last month, America’s top social program, Social Security, celebrated its 85th anniversary since being signed into law. Today, it’s a program responsible for providing monthly benefits to more than 64 million people, over 7 in 10 of whom are retired workers. Of these retirees, 15.3 million are single-handedly pulled above the federal poverty line as a result of their Social Security income.

In other words, Social Security is sort of a big deal when it comes to the financial well-being of our nation’s retired workforce.

For each of the past 35 years, the Social Security Board of Trustees’ analysis examining the long-term outlook (75-year) for the program has estimated that revenue collection would be insufficient to cover outlays. As of the 2020 report, Social Security is staring down a funding obligation shortfall of a whopping $16.8 trillion, and its $2.9 trillion in asset reserves (i.e., its net cash surpluses built up since inception) are expected to be exhausted by 2035.

To be clear, Social Security’s financial troubles aren’t threatening the program’s ability to exist. It currently has three sources of funding, two of which are recurring: the 12.4% payroll tax on earned income and the taxation of benefits. Even if the program’s asset reserves were completely depleted, plenty of money would still be flowing into the program for disbursement to eligible beneficiaries.

However, Social Security’s asset reserves going to $0 wouldn’t be without adverse consequences. More specifically, the existing payout schedule, inclusive of cost-of-living adjustments, wouldn’t be sustainable. Once the program’s asset reserves run dry in 2035, the Board of Trustees estimates that sweeping benefit cuts of up to 24% may be necessary to keep the Old-Age and Survivors Insurance (OASI) Trust solvent over the long term. This means big cuts to the monthly benefits of retired workers and the survivors of deceased workers.

Social Security’s day of reckoning may come sooner than expected

The possibility of this happening 15 years from now is scary. But what if the Trustees’ estimates were actually optimistic?

Last week, the Congressional Budget Office (CBO) released a nine-page analysis that examined the outlook (predominantly a 10-year look between 2020 and 2030) for all of the major federal trust funds. The CBO expects Social Security to look much worse than the picture the Trustees have painted.

Like the Trustees, the CBO expects Social Security to begin expending more than it’s collecting in revenue in 2021. But unlike the Trustees report, the CBO’s forecast portends a quicker deterioration in the program’s $2.9 trillion in asset reserves. In 2021 alone, the combined OASI and Disability Insurance (DI) Trust, which for simplicity’s sake is known as the “OASDI,” is slated to expend $120 billion more than is collected. By 2030, this annual OASDI outflow will grow to $384 billion.

Why, exactly, is Social Security in trouble?

The question that invariably pops up when Social Security’s deteriorating outlook is discussed is how the program got into this mess. Blame is often leveled at baby boomers leaving the workforce, or on lawmakers purportedly dipping their hands in the cookie jar. The former idea is far from the only issue with Social Security, and the latter is a pervasive myth that simply won’t die.

Social Security’s financial woes can be directly traced to a number of macroeconomic trends that often aren’t in the spotlight. A good example would be growing income inequality. Though Social Security’s primary purpose is to provide a financial foundation for low- to middle-income Americans during retirement, it’s the rich that seem to benefit most from the program. Because the well-to-do have little or no financial constraints when it comes to receiving preventative care or prescription medicines, they’re outliving lower-income workers. This allows the wealthy to collect a bigger benefit check for a longer period of time.

Even immigration plays a role. Social Security is reliant on a steady influx of legal migrants into the U.S. to help offset the number of workers retiring. Since most legal immigrants tend to be young, they’ll spend decades in the labor force generating payroll tax revenue for the program. But over the past two decades, the average number of legal migrants into the U.S. has been halved and continues to decline.

At this point, the only way to avert sweeping benefit cuts would be for lawmakers to pass legislation that would strengthen the Social Security program. The problem is that coming to a consensus on how best to fix Social Security hasn’t been easy.

Both Democrats and Republicans have proposed no shortage of solutions meant to resolve or lessen Social Security’s funding shortfall. Democrats prefer to increase the maximum taxable earnings cap associated with the payroll tax, which would effectively require the well-to-do to pay more into the program.

Meanwhile, the GOP favors a gradual increase to the full retirement age to counter increased longevity. This would result in future generations of retirees either waiting longer to collect their full monthly payout, or see an early claim face even steeper reductions. Either way, it’s designed to reduce lifetime outlays.

Since both parties have a solution that works, neither feels compelled to back down and find common ground with their opposition. Without bipartisan support, all Social Security legislation dies in the Senate, where 60 votes will be needed to amend the Social Security Act.

What lawmakers may not realize is just how complementary their solutions are to one another. For example, the Republicans’ proposal would take decades to realize significant savings, thereby doing little to stave off the program’s near-term cash crunch. But the Democrats’ plan to raise additional tax revenue would effectively resolve near-term funding concerns.

At the same time, the Democrats’ proposal overlooks some of the changing demographics discussed earlier, such as record-low birth rates and lower net immigration. The GOP’s proposal to gradually raise the full retirement age would provide cost savings that are critical to longer-term solvency of Social Security.

Until our elected officials in Washington, D.C., wise up and work together, Social Security’s long-term outlook may well be dicey.