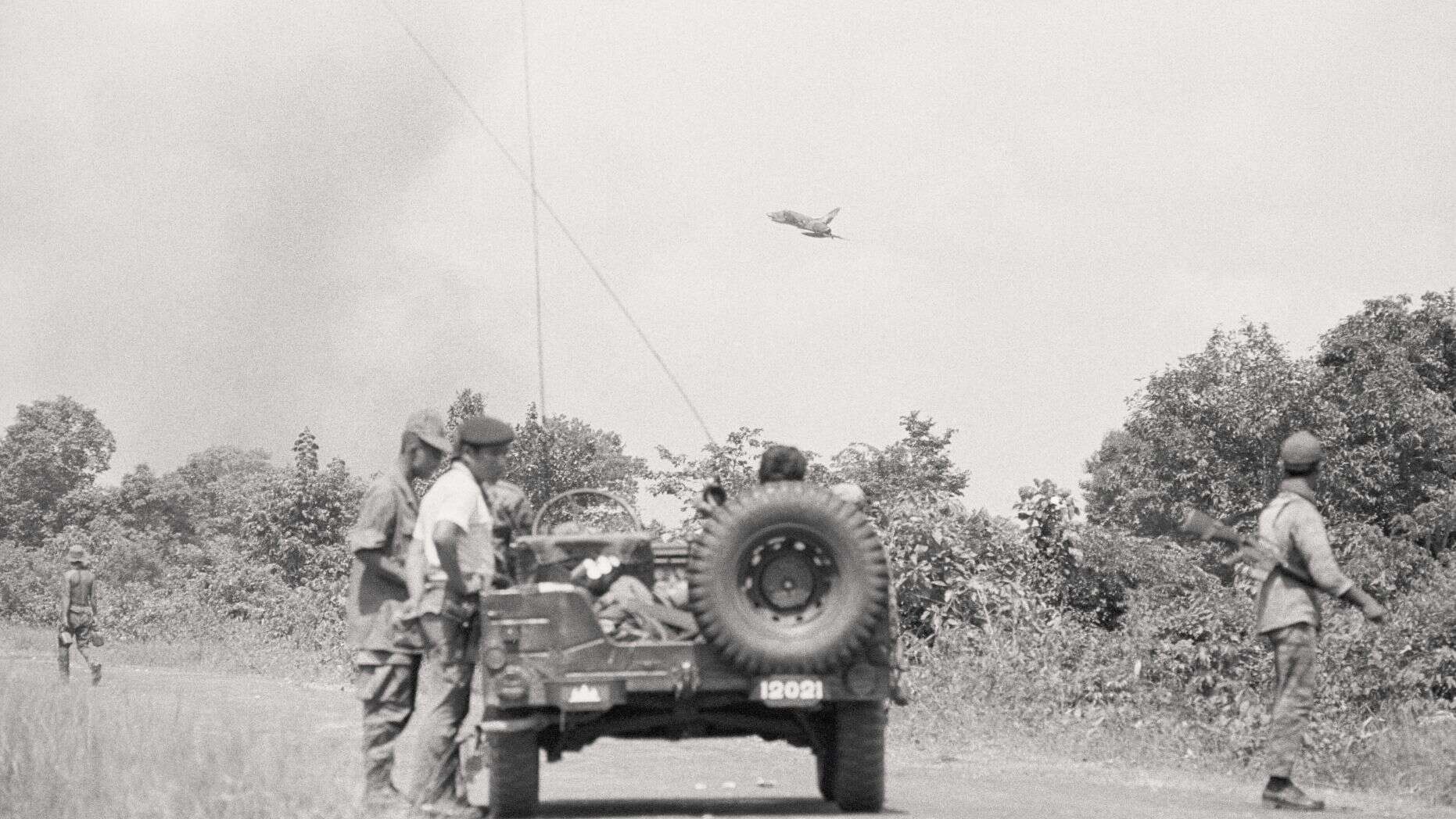 Researchers at Ohio State University are using satellite images and sophisticated artificial intelligence technology to search for unexploded bombs from the Vietnam War.

The technology already has been used to survey Vietnam War-era bomb craters in Cambodia. “The new method increased true bomb crater detection by more than 160 percent over standard methods,” researchers explain in a statement. “The model, combined with declassified U.S. military records, suggests that 44 to 50 percent of the bombs in the area studied may remain unexploded.”

The research is published in the journal Plos One.

Erin Lin, an assistant professor of political science at Ohio State University who co-led the study, said that, until now, attempts to find and safely remove unexploded bombs in Cambodia have not been as effective as needed.

“There is a disconnect between services that are desperately needed and where they are applied, partly because we can’t accurately target where we need demining the most,” Lin said in the statement. “That’s where our new method may help.”

“The process of demining is expensive and time-intensive, but our model can help identify the most vulnerable areas that should be demined first,” she added.

Researchers began with a commercial satellite picture of a 38.6-square mile near the Cambodian town on Kampong Trabaek. “The area was the target of carpet bombing by the U.S. Air Force from May 1970 to August 1973,” they explained, noting the AI was used to search the image for evidence of bomb craters.

In the first stage of the research, experts used algorithms to detect meteor craters on the moon and other planets. While the algorithm helped detect many potential craters in Cambodia, it couldn’t deliver the depth of results that the experts wanted.

The second state of the research used computer algorithms to crunch data about features of the bomb craters such as size, shapes, colors, and textures. This helped the researchers eliminate false positives – features that resembled bomb craters but were not caused by bombs.

Declassified military data obtained by the researchers indicates that 3,205 carpet bombs were dropped in the area.

Lin explained that this information, combined with demining reports and the Ohio State University study, indicates that anywhere from 1,405 to 1,618 unexploded carpet bombs are still unaccounted for in the area.

Satellite data can reveal a host of hidden features in the landscape. In 2017, for example, spy satellites and drones helped experts discover a lost city in Iraq.

In a separate project, researchers from the University of Pennsylvania and Harvard scanned declassified Cold War-era images from U2 spy planes to reveal ancient structures across the Middle East.

Scientists have also used high-resolution satellite imagery to identify places where looters have been ransacking ancient tombs in a remote part of northwest China.