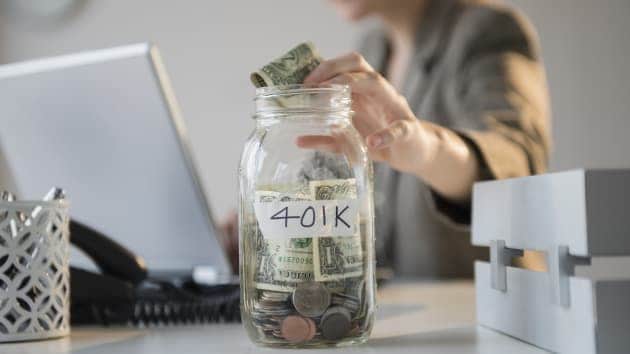 More than a decade ago, the markets were sent into a tailspin during the financial crisis of 2008-2009.

But it turns out investors who left their retirement nest eggs alone fared best.

That’s according to research from J.P. Morgan, which used the firm’s own data combined with research from the Investment Company Institute.

In fact, in the past 20-year period through the end of 2019, six of the 10 best days in the market occurred within two weeks of the 10 worst days, according to Katherine Roy, chief retirement strategist at J.P. Morgan.

And those best/worst days have already been upended by market activity this month. Thursday, March 12, is now the second-worst day in the past 20 years. But the following day, Friday, March 13, was the third-best day.

Meanwhile, the following Monday, March 16, is now the worst day in the past 20 years.

“Most people react when negative things happen and now, because things are happening so tightly together in terms of those rebound days, you’re not able to get back in in time, nor do people have the courage to do so,” Roy said. “So the best thing is to stay invested.”

Data from the last financial crisis also show that staying invested, helped retirement accounts recover more quickly. For those who stayed the course, account values fully bounced back within three years, or by the end of 2010. Those with traditional allocations — such as 60% stocks, 40% bonds — fared particularly well, Roy noted.

Besides staying invested, two other investor behaviors contributed to that upswing: continuing to contribute on a systematic basis and buying more as the market went down.

Aside from taking those cues, there are several tips for what 401(k) and other retirement investors should do now.