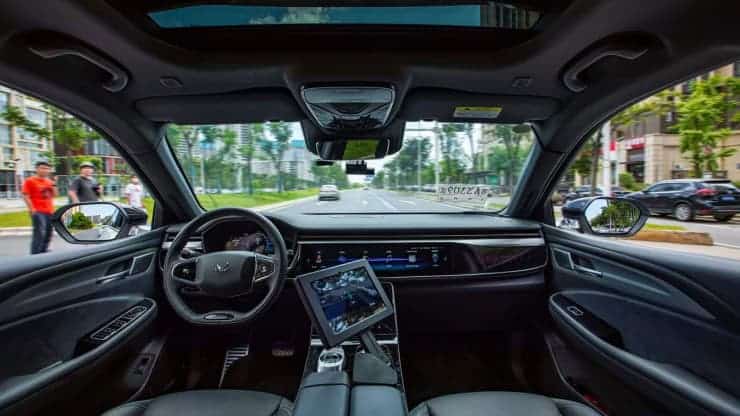 BEIJING — Chinese tech company Baidu said Monday it has become the first robotaxi operator in China to obtain permits for selling rides with no human driver or staff member inside the vehicles.

The local government approvals allow Baidu’s Apollo Go robotaxi business to eliminate the cost of human personnel in some instances.

The initial scale of the permits is small: 10 robotaxis divided between two suburban areas of Wuhan and Chongqing, two major Chinese cities.

In April, Baidu and rival robotaxi operator Pony.ai received approval from a Beijing suburban district to operate robotaxis without a human driver. But the Chinese capital still requires human staff to sit in the robotaxi with passengers.

Municipal authorities across China have issued an increasing number of permits in the last year that allow robotaxi companies to operate and charge fares in selected areas.

In the U.S., Alphabet’s Waymo and General Motors’ subsidiary Cruise can already run public robotaxis with no human staff in the vehicles. Laws for testing robotaxis and charging riders vary by city and state.

Baidu claimed it has received more than one million orders for robotaxi rides. In the first three months of the year, the company said it operated 196,000 rides. Baidu is set to release second quarter results on Aug. 30.