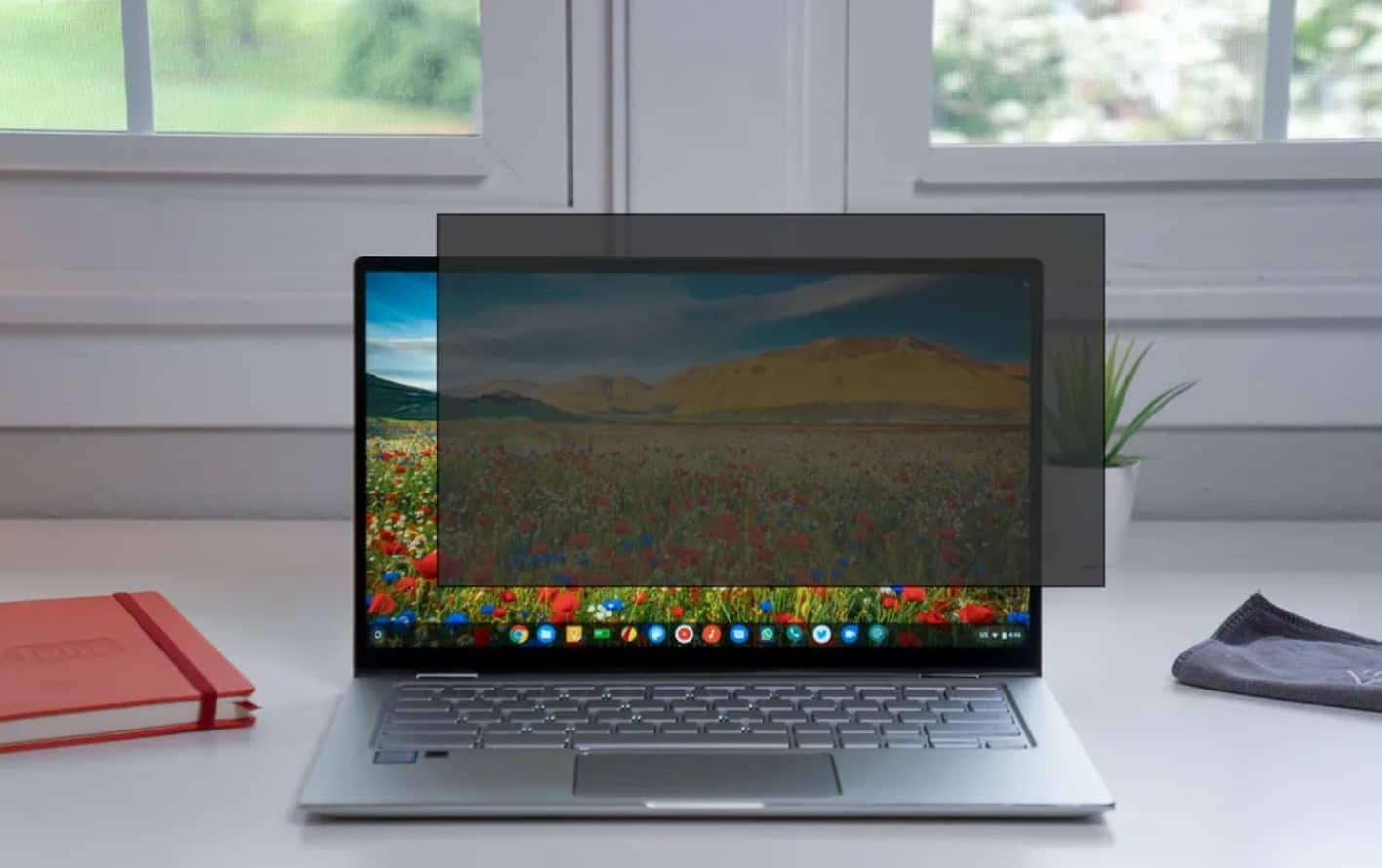 While Chromebooks with built-in privacy screens, like the HP Elite c1030’s optional Sure View Reflect display are able to keep prying eyes from peeking at your screen or stealing your private data while you surf your device, there’s still lots of room for development on software and hardware measures in this space. This becomes more apparent as an insane number of organizations, schools, and businesses sign on to their first Chromebooks during and post-pandemic via Google Workspace accounts.

For ChromeOS’s 10th birthday celebration, Google hinted at wanting to integrate more sensor technologies for a more personalized experience in future hardware, but at that time, we had little to no idea what they could possibly have meant. Aside from adding gyroscopes, proximity sensors, GPS, accelerometers, and so on, which really made little sense in a traditional laptop, the table was left wide open, which was exciting, but frustrating. Chromebooks are anything but traditional, so I didn’t rule out the possibility that these additions could find a home and special use cases on these cloud-first laptops.

Now, 9to5Google has uncovered a new Chromium Repository that points to the inclusion of what’s called “Snooping protection” via a new developer flag. This will likely operate on what’s called “Human Presence Sensor”, a project that began at the company about a year ago that is meant to use built-in sensors to provide more interactive functionality with the user it detects.

Enables snooping protection to notify you whenever there is a ‘snooper’ looking over your shoulder. Can be enabled and disabled from the Smart privacy section of your device settings.

There are many possibilities as to what this means. First, it could mean that if your camera senses that more than one set of eyes is looking at your Chromebook screen, an ‘eye’ icon will appear to alert you. According to one repository, this HPS Notify could add a static icon to your system tray under certain conditions.

Alternatively, all of this could be tied to us finally getting a face unlock feature for Chrome OS. Sitting in front of your device and looking at the screen could allow you to bypass your lockscreen without the need for a password, code, or biometric fingerprint protection measure. Windows Hello has existed on Microsoft’s operating system for a while now, and even Linux has the ability to set this sort of thing up, although admittedly, it takes more work.

However, Google has never implemented such a feature since its laptops launched to the public. This does make a certain level of sense though, as Chromebooks have always been privacy-first in all of their messaging. Just like with adding a camera to the Nest Hub, these sorts of conveniences come much later as the company builds trust and rapport with their users and clearly communicates the changes. With all of that said, we’ve stumbled upon hints towards the development of a Face Unlock feature for Chrome OS twice already, though it’s been a few years since this came to light.

Apparently, HPS Notify could first appear on 12th generation Intel “Brya” processors, but since the flag for this was abandoned, we just aren’t sure when Google will introduce it to Chrome OS. Regardless of whether it will be used for face unlock or anti-snooping software detection (or likely both and more), this is super cool to finally see movement on optical biometrics for Chromebooks. You can see a demo of the Human Presence Sensing on Youtube. My guess is that Enterprise devices may include this sort of thing out of the box as early as next year, but we’ll have to wait and see!

Lastly, the developers are working on a way to suppress your notifications while someone is looking at your screen or over your shoulder. The following commit is interesting and builds on the premise of a “Snooping Protection” feature and its capabilities.

You can already hide your notifications and prevent them from populating on screen while you’re screensharing in a Meet or Zoom call, but this is super interesting, as it may imply some sort of camera detection work may be at hand to sense the presence of “snoopers”. Let me know what you think about all of this in the comments below, and if you’d use a Chromebook that makes more intelligent use of your camera. I’m sure these sorts of devices would likely come with a privacy switch similar to that of the Lenovo Smart Display or Nest Hub Max, but only time will tell, as always.