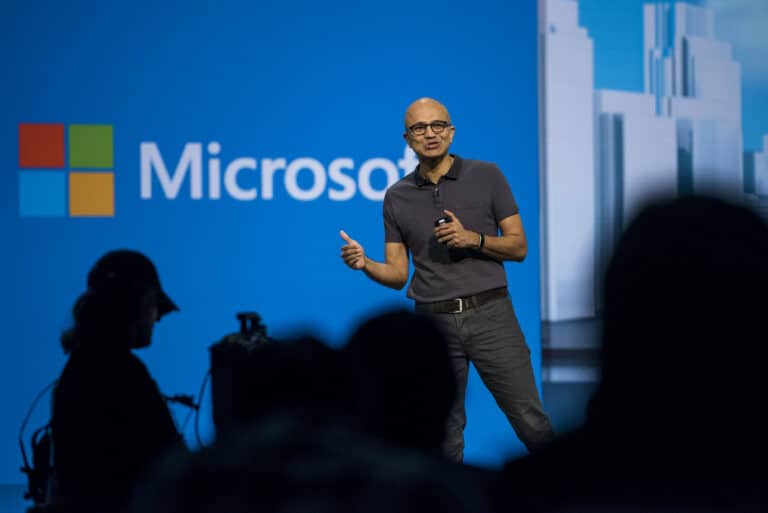 Here’s how the company did:

Total company revenue climbed almost 22% year over year, according to a statement. That’s the fastest growth since 2018. Revenue grew 21% in the previous quarter.

With respect to guidance, Microsoft called for $50.15 billion to $51.05 billion in fiscal second-quarter revenue. That works out to $50.60 billion at the middle of the range, passing the $48.92 billion consensus among analysts polled by Refinitiv.

Microsoft said Azure and other cloud services grew 50% year over year in the quarter. Microsoft’s Azure public cloud revenue growth was expected to be 47%, according to a CNBC survey of 12 analysts, while analysts polled by StreetAccount are looking for 48% Azure growth.

On Tuesday Hood said that for the fiscal second quarter, “we expect healthy broad-based growth in our Azure consumption business consistent with recent trends and our user business, while continuing to benefit from Microsoft 365 momentum to see a moderation of growth rates given the size of the install base.”

The Productivity and Business Processes unit, which includes Dynamics, LinkedIn and Office, contributed $15.04 billion in revenue, up 22% and over the $14.67 billion StreetAccount consensus estimate.

The company’s More Personal Computing business, including Windows, devices, gaming and search advertising, posted $13.31 billion in revenue, up 12%. The number is above the $12.72 billion consensus. PC shipments grew 1% in the third quarter, according to an estimate from technology industry researcher Gartner. Still, sales of Windows to device makers rose 10%, and Microsoft said PC supply constraints impacted that business. The company saw strength in sales of commercial PCs in particular, Hood said on a conference call.

Hood called for an acceleration in Windows sales to device manufacturers in the fiscal second quarter, with a growth rate reaching the “low to mid teens.”

In the quarter, Microsoft introduced new Surface PCs, said it was acquiring security start-ups CloudKnox and RiskIQ and announced plans to increase the cost of commercial Office 365 subscriptions. The company also hired Amazon cloud executive Charlie Bell to work on cybersecurity and committed to spending more on security research and development.