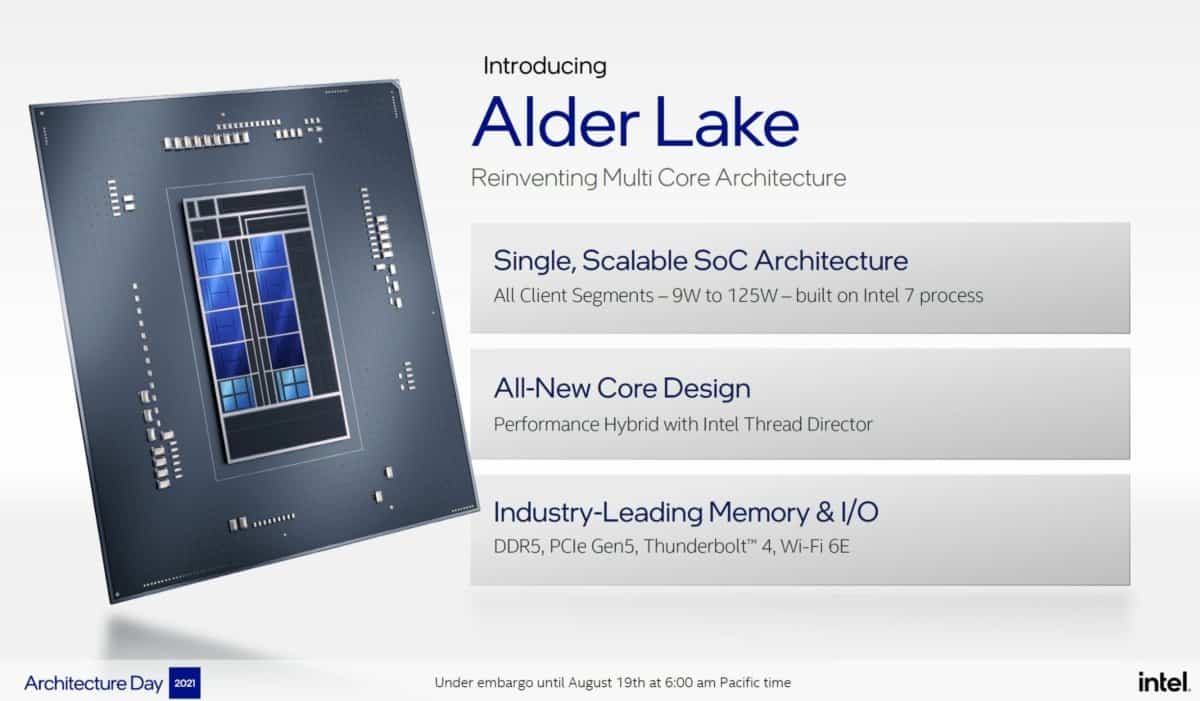 The spectacular performance of Apple’s M1 Max has hit morale in the x86 world, where it was always guaranteed that you can buy a Windows laptop with more power than whatever Apple could produce, especially after it transitioned to ARM.

With the M1 Max this was clearly no longer the case, which may explain why Intel appears to have leaked its upcoming Alder Lake Mobile processor to hardware site wccftech, who promptly benchmarked it.

Fortunately for Intel and the rest of the x86 worked, the Intel Core i9 12900HK mobility CPU benchmarked faster than the Apple M1 Max, Intel 11980HK and AMD 5980HX.

The Alder Lake processor was tested on Windows 11, which of course has new optimizations for the Alder Lake chip architecture with a big.SMALL and highly efficient “e-cores” and support for Intel’s new Thread Director technology.

It remains likely that an Apple M1 Max laptop will last a lot longer off the power cord, given its much lower power consumption and performance per watt, but it seems that if you asked which is the most powerful laptop CPU, the answer will only be the Apple M1 Max chip for a few months, with the Alder Lake Mobile CPU expected to ship in early 2022.