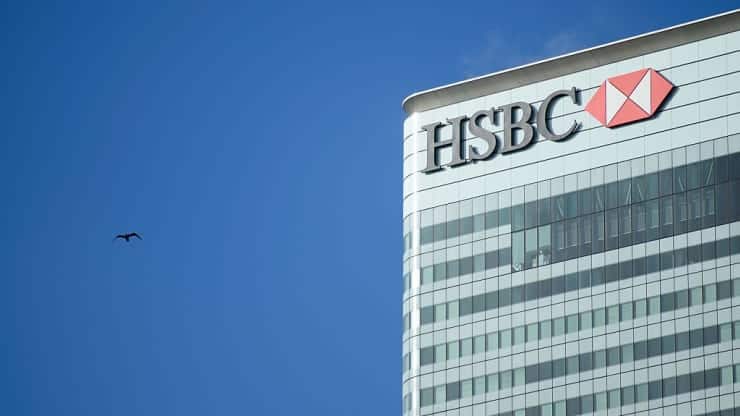 HSBC on Monday reported third-quarter earnings that handily beat expectations and announced plans for a share buyback of up to $2 billion.

HSBC said it released around $700 million of cash that was previously set aside to prepare for a rise in loan losses as the global economy was weighed down by the Covid-19 pandemic. That contributed to the improved earnings, while all regions the bank operates in were profitable during the quarter, it said.

The bank’s shares in Hong Kong jumped 1% when trading resumed after the lunch break.

“While we retain a cautious outlook on the external risk environment, we believe that the lows of recent quarters are behind us,” Noel Quinn, HSBC’s group chief executive, said in a statement accompanying the earnings release.

Meanwhile, reported revenue for the third quarter was $12 billion — 0.7% higher than a year ago. Analyst estimates compiled by HSBC had pointed to a 3.1% on-year increase in revenue to $12.3 billion.

Here are the other highlights of the bank’s third-quarter financial report card:

HSBC did not announce any dividends for the third quarter. But the bank said it plans to start a share buyback of up to $2 billion “shortly.”

Ewen Stevenson, HSBC’s group chief financial officer, said the bank’s capital position has been “very strong.” He said the bank wants to reduce its capital ratio to around 14% to 14.5% by the end of next year.

“We don’t want to sit on excess capital if we have it, and hence the $2 billion buyback,” Stevenson told CNBC’s “Capital Connection” after the earnings release.

HSBC said in its earnings release that as of Sept. 30, it had no direct credit exposure to Chinese developers in the “red” category and limited exposure to those in the “orange” category.

The bank was referring to the Chinese government’s “three red lines” policy that was rolled out to limit a company’s debt in relation to its cash flows, assets and capital levels.

Stevenson said HSBC is “very comfortable” with its position in China’s real estate sector. He was responding to CNBC’s question about the bank’s exposure to embattled developer Evergrande.

“We are reasonably conservative in our approach to lending to that sector, have been for some time,” said Stevenson.

“We are going to be cautious but I think overall we are comfortable with where we stand in relation to our exposure to the sector, and whatever fallout that comes from there,” he added.

Reuters reported that HSBC’s exposure to the Chinese real estate sector was around $19.6 billion.