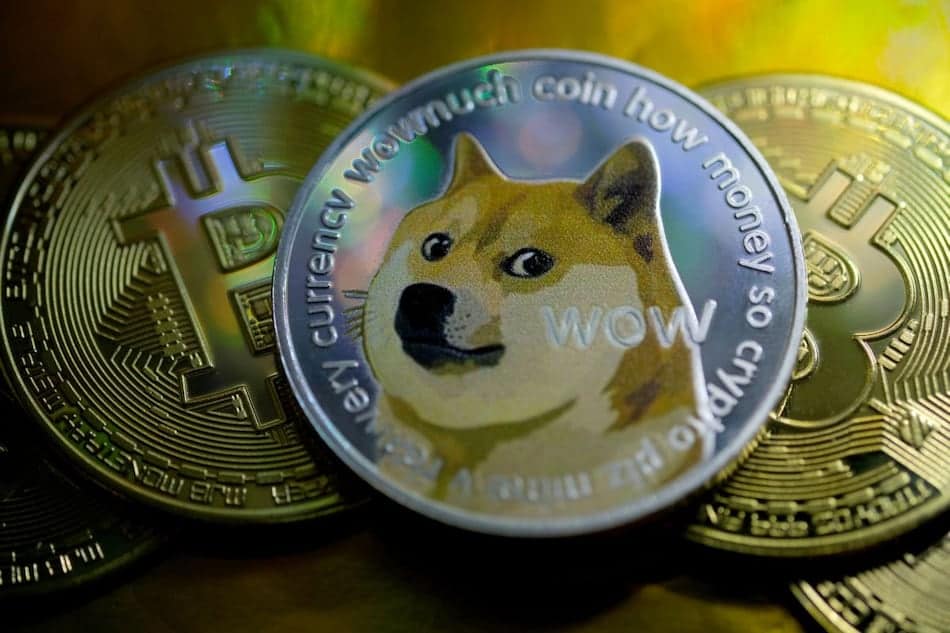 The latest cryptocurrency star is a coin named after a meme of a Shiba Inu dog that was started as a joke.

Dogecoin’s price surged roughly 40% on Tuesday, according to data from Coin Metrics. The coin also reached a market cap of $69 billion, making it the fourth-largest cryptocurrency behind bitcoin, ethereum and binance coin.

The run is the latest leg of an epic tear that’s sent the value of the cryptocurrency up more than 600% in just a few weeks and more than 11,000% since the beginning of the year. The coin is currently worth about 55 cents, a record high.

A few things have factored into the price action, including high-profile support and an internet following by retail investors aiming to push the price of the coin to $1.

At the end of April, Tesla CEO Elon Musk tweeted: “The Dogefather SNL May 8,” referencing both the coin and his upcoming appearance hosting “Saturday Night Live.” Musk has said that his tweets about dogecoin are meant to be jokes.

At the same time, Mark Cuban, owner of the Dallas Mavericks basketball team, made several posts in support of dogecoin.

“As long as more companies take doge for products/services, then Doge can be a usable currency because it MAY hold its purchasing value better than a $ in your bank,” Cuban said in a May 2 tweet. “If interest rates skyrocket or the amount spent falls or stagnates, so will Doge. Yes, a joke is now legit.”

Even amid the record rally, experts caution investors from jumping into dogecoin just to make money. Cryptocurrencies are highly volatile, meaning that the current streak could reverse at any point.

Only invest what you’re willing to lose

Financial experts generally advise that people looking to invest in cryptocurrencies allocate just a small amount of their portfolio. The U.K.’s Financial Conduct Authority has issued a similar warning.

“Never invest anything you aren’t willing to lose,” said Ben Weiss, co-founder and CEO of CoinFlip, one of the largest bitcoin ATM companies in the U.S.

“If you like Dogecoin and think it could be a viable currency in the future, or are fans of the idea and the movement, go ahead and invest in it,” he said. “If you don’t like it or think it’s a fad, don’t invest in it.”

He also cautioned first-time cryptocurrency buyers from diving right into dogecoin without having invested in any other coins. Bitcoin has a 10-year track record at this point, which makes it a different risk level than investing in a newer alternative coin.

And, investors shouldn’t get into dogecoin just to turn a profit in a short time.

“If any part of your brain goes ‘this is a great way to make a quick buck,’ that’s when you should think twice,” he said.

Buy for the long term

Of course, Weiss is a supporter of investing in cryptocurrencies and dogecoin, and recommends that all investors hold some digital coins, even if it’s just a small slice of one’s portfolio.

“You never want to totally miss out, ” he said. “You always kick yourself more for the things you don’t do and the opportunities you miss.”

Those who want to invest in different digital coins should assess where they stand with other personal finance and investing goals to determine if they have some extra money to put into a risky asset.

If you do, then it’s fine to put some money in bitcoin, and to buy on a day when it’s down, said Anjali Jariwala, a certified financial planner and CPA and founder of Fit Advisors in Torrance, California.

“Throw some money into it and kind of let it stay in there and season for a while,” she said. “Just so you’re not making decisions every time there’s a fluctuation in price, which at this point happens every few days.”