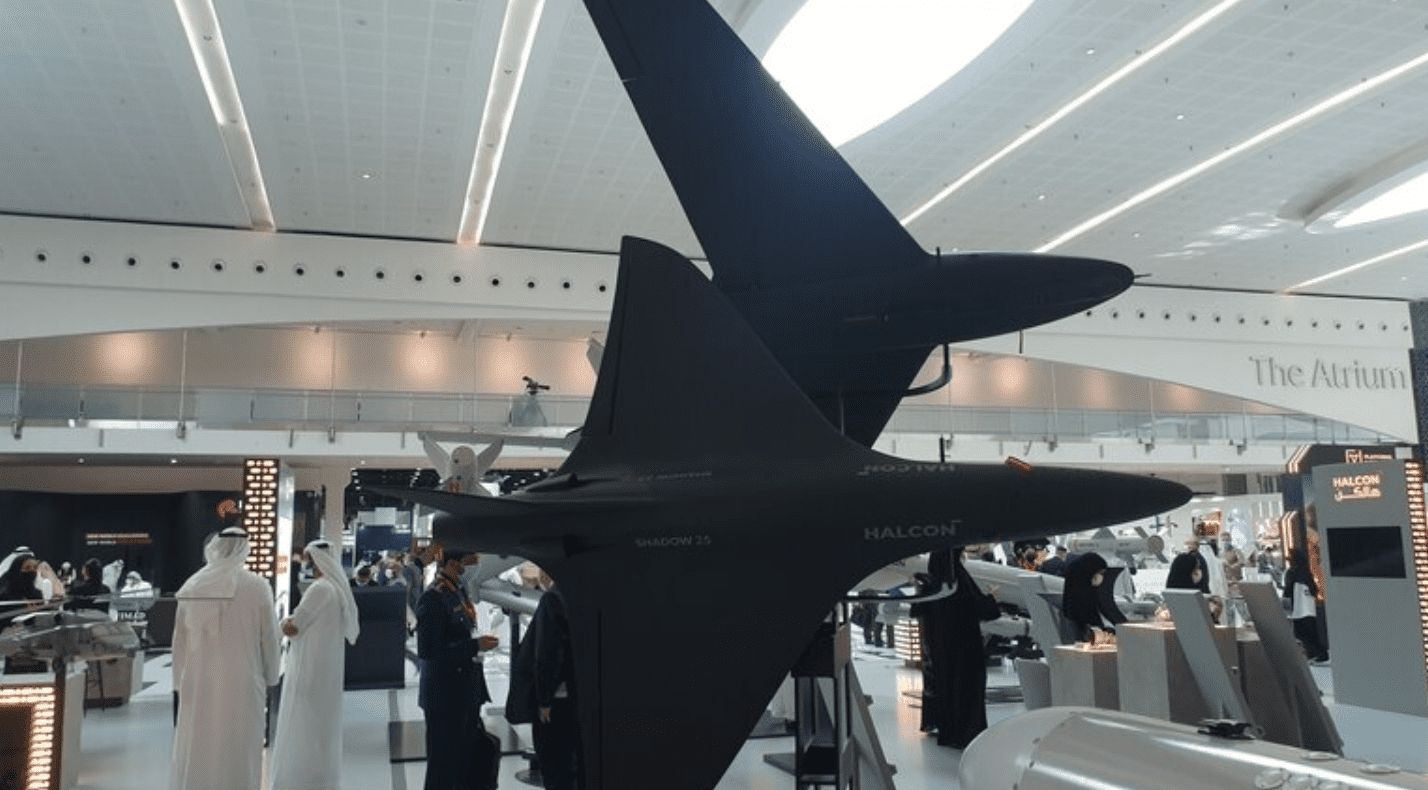 You don’t have to bring gold-plated guns to a defense trade show to get attention, but it helps.

Still, if you’re able to look away from Pakistan’s resplendent booth for long enough, a few trends stand out at this year’s International Defence Exhibition and Conference, held Feb. 21-25 in the Emirati capital Abu Dhabi.

There was no shortage of unmanned systems on display at IDEX. Consider FLIR PackBot, a man-portable robot that performs bomb disposal, surveillance and reconnaissance, and was seen greeting the stand’s visitors with hand sanitizers. Also at the American company’s booth, the mini-unmanned ground vehicle FirstLook gave attendees an acrobatic show in which it jumped over a stair and fell on its back, then self-righted itself to continue down its path.

Milrem Robotics showcased the Type-X robotic combat vehicle made to support mechanized units. The system was produced by the Estonian company and the Saudi organization King Abdulaziz City for Science and Technology.

Adasi, a subsidiary of the Emirati defense industry conglomerate Edge, unveiled its QX family of loitering munitions — the first of its kind made in the UAE. Its sister company, NIMR, showed off its 4-wheel drive vehicle Ajban converted into an unmanned vehicle. Another local firm, Halcon, showcased its dark black Shadow 25 drone. Elsewhere, UAE companies Marakeb Technologies, Etimad and Milanion Group displayed a number of unmanned systems.

Meanwhile, China’s Aerospace Long March International Trade Company was in attendance, bringing with it a few UAV samples to show off to potential customers.

And at the edge of the showroom stood U.S.-based company ZM Interactive’s xFold surveillance drones.

Advancements in artificial intelligence were also highlighted at the show, complementing the significant number of unmanned systems.

Products aside, Defense News also noticed a lack of attendees visiting American and European pavilions, likely due to the scarcity of announcements and unveilings, which often were updates about existing systems. However, the ongoing coronavirus pandemic deterred official U.S. delegations from attending, and lockdowns in European countries preventing travel. U.S. industry representatives did say that they kept busy with side meetings with local officials.

In contrast, the busiest stands appeared to be Emirati pavilions due to the large number of announcements by Edge. The Saudi pavilions also hosted a significant number of attendees: On one side, companies highlighted their innovations, and on the other, the upcoming World Defense Show, set for its inaugural launch in Saudi Arabia in March 2022, held the limelight. Also popular were the Russian and Egyptian booths, set alongside each other.

Certainly, IDEX did not witness the same number of visitors from previous editions, and it hosted less official delegates. However, five countries attended for the first time — Israel, Azerbaijan, Portugal, Luxemburg and North Macedonia.

And according to show organizers, IDEX and its sister maritime event NAVDEX saw contracts signed that valued about $5.7 billion in total, which is higher than the $5.45 billion seen at the last show in 2019.

Held amid a pandemic, precautions included extra security checks; requirements for negative COVID-19 results, no longer than 48 hours old, from a polymerase chain reaction test; and event organizers mingling among visitors to ask attendees who might lower their masks to raise them up again.