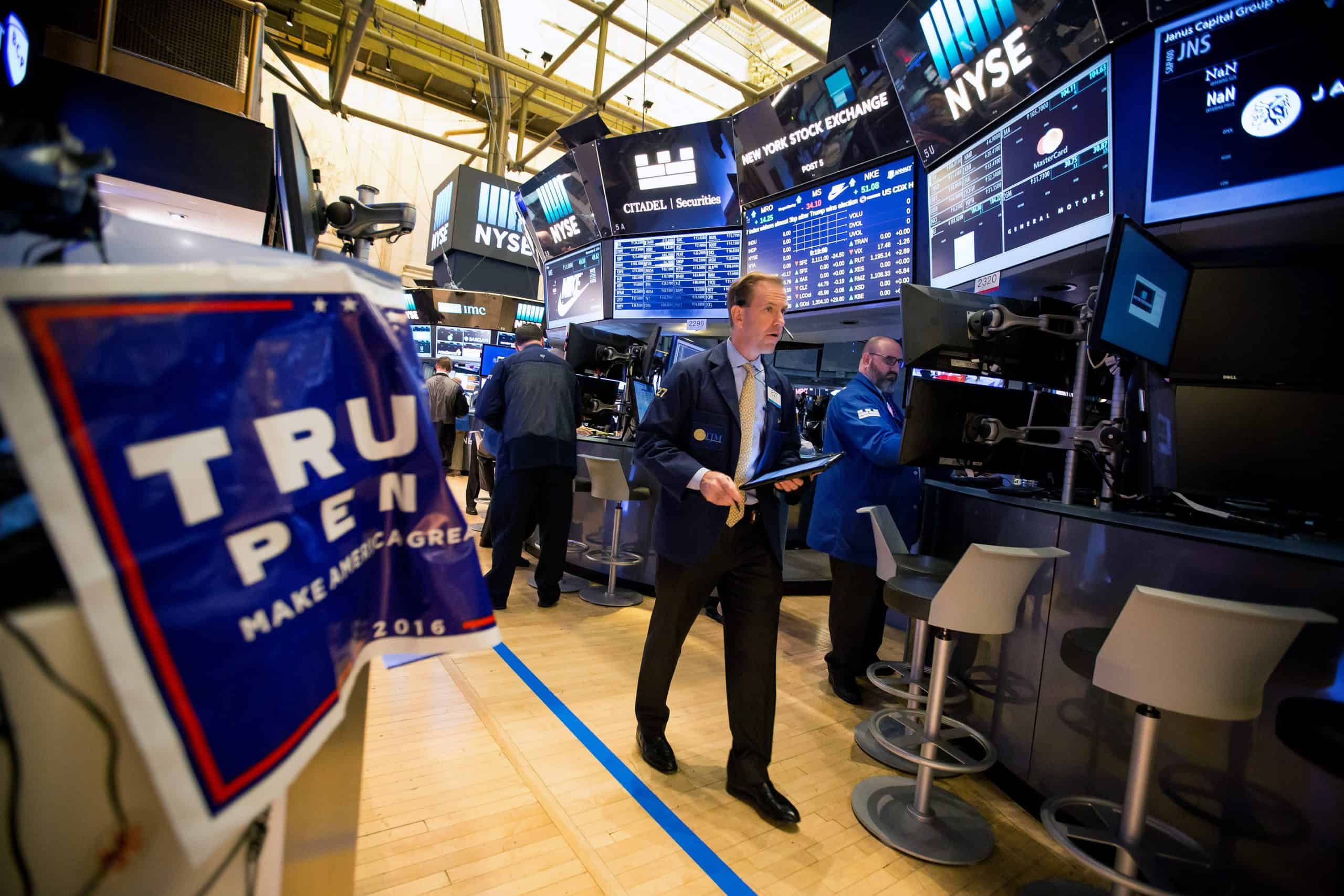 About a third of the S&P 500 companies report earnings, including Apple and Microsoft, but uncertainty around stimulus and the presidential election could loom larger for markets in the week ahead.

There is also important economic data on the calendar, with a first look at third-quarter gross domestic product Thursday. After the second quarter’s shocking 31.4% decline following coronavirus shutdowns, the economy bounced back with growth of 32.5% expected in the third quarter, according to Refinitiv.

Nearly 170 companies report earnings in the coming week, with a diverse group of blue chips among them, including Boeing, Caterpillar, Honeywell, and Merck. There is also a big showing from large tech names. Microsoft reports Tuesday, and Apple, Amazon, Alphabet and Facebook all report in a small window just after the market close on Thursday.

“For some of these stocks that have run a long way, the bar for those stock to respond to good earnings is higher,” said Julian Emanuel, head of equities and derivative strategy at BTIG.

So far about 85% of S&P companies that have reported earnings beat estimates, about 20 percentage points more than the long term average. Companies have been reporting earnings more than 16% above estimates, and the expectation is that earnings overall will be down about 18%, based on actual results and forecasts, according to I/B/E/S data from Refinitiv.

“We’ve offered compromises, the speaker on a number of issues is still dug in,” said Treasury Secretary Steven Mnuchin on Friday. “If she wants to compromise, there will be a deal. But we’ve made lots of progress in lots of areas, but there’s still some significant areas that we’re working through.”

His comments knocked stocks down a bit midday Friday.

“It’s been a muted reaction to earnings overall,” said Leo Grohowski, chief investment officer at BNY Mellon Wealth Management. “So I’m disappointed, in a way, as a fundamentally focused chief investment officer, that the stimulus saga seems to be what it’s all about day in and day out, hour by hour. It’s the stimulus saga, the election looming and the Covid resurgence. Those three things have sort of made earnings a page four story.”

With a week to go before the Nov. 3 election, the market could be a bit more volatile, especially if the outcome looks increasingly less certain.

Former vice president Joe Biden’s lead has narrowed slightly but he is still ahead in swing state polls.

“We are experiencing a little bit of the calm before the storm here. I do think we are going to get some 1%, 2% daily moves depending on the news…I think you could see a 3% to 5% down opening the following day [after the election] pretty easily,” said Grohowski. “I think the market has grown increasingly comfortable with a cleaner result, even if the cleaner result is an all blue result, which potentially would result in a higher tax regime.”

Strategists say the market began to focus more on the possibility of a Democratic sweep, where Democrats take the White House and Congress. That could mean a bigger stimulus package, and some strategists believe tax hikes would be delayed until the economy is on more solid ground.

“As we get closer to the election, we’re likely to see more volatility no matter what the outcome,” said Grohowski.

Emanuel said investors are not adequately hedged for an uncertain outcome. “Active managers have the most net long positions they’ve had in a number of years because they’re fearful of missing a year-end rally,” said Emanuel. “The options market in no way, shape or form is telling you people are hedged right here. The market is discounting a slight volatility, not expected to be persistent into year end.”

Emanuel said the options market indicates investors do expect some volatility but not through year end, as some investors began hedging for several months ago.

“What we see by and large is again the bump in volatility. It’s really only anticipating a 2% or 3% move in the market either way, after the election, and then the expectation is to likely moderate after that,” Emanuel said.

The final trading day of October is on Friday, so there could also be some added volatility as fund managers readjust their portfolios between bonds and stocks. In the past week, Treasury yields broke out of a four-month range. The 10-year yield rose above 0.80% for the first time since June, and while it could move higher, strategists expect its move to be contained.