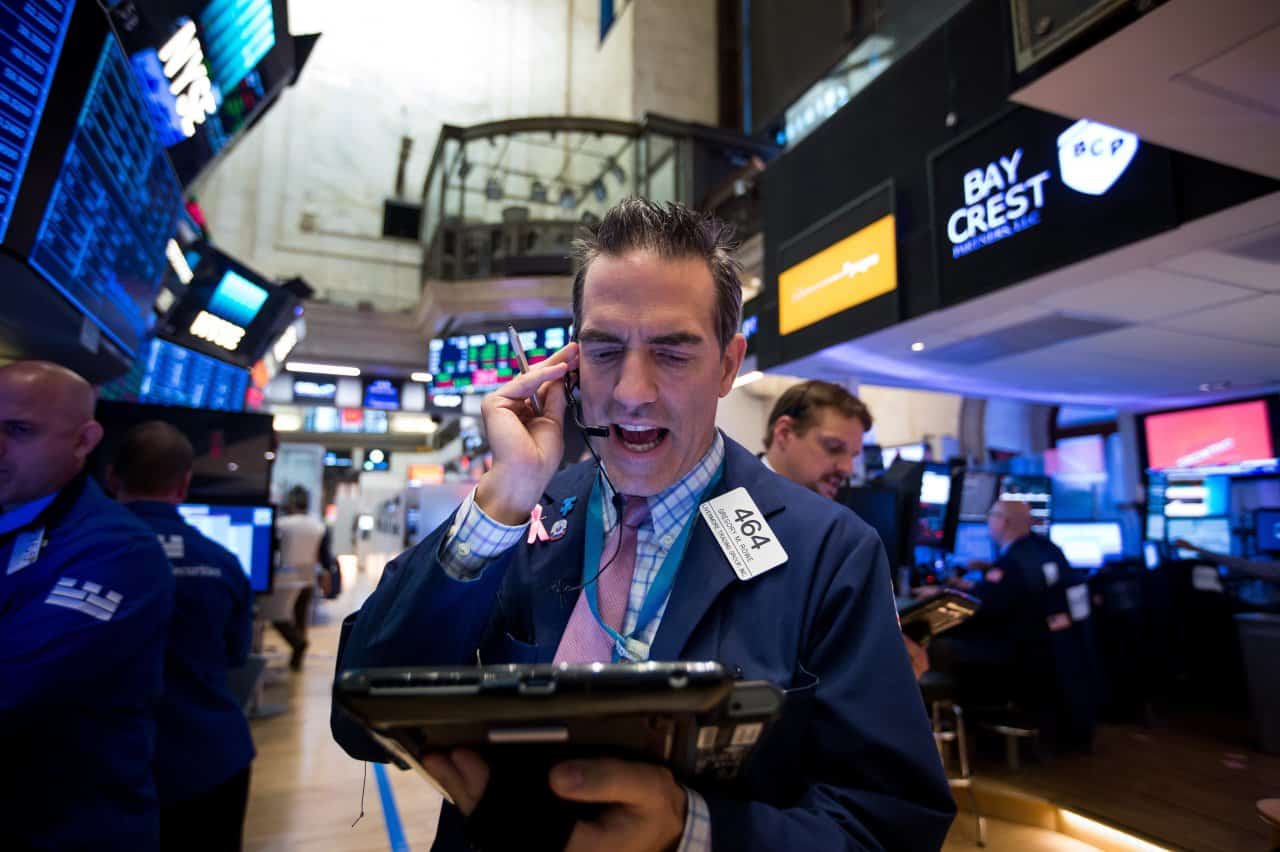 U.S. stock futures rose in early trading Wednesday as investors readied for comments from the Federal Reserve later in the day.

Better-than-expected earnings from FedEx and Adobe after the bell boosted sentiment. FedEx released a blowout quarter with earnings $2.18 per share above analyst estimates, fueled by the e-commerce boom. The shipping company rallied more than 9% in extended trading. Adobe jumped 2% after hours.

On Tuesday, the Dow closed up marginally, after gaining more than 200 points earlier in the session. Apple shares came off their highs following the technology giant’s new product event, dragging down the 30-stock average following its new product event.

The S&P 500 climbed 0.5%, despite weakness in financials. Tuesday marked the third straight day of gains for the 500-stock index.

Technology stocks continued their broad-based rally. The Nasdaq Composite rose 1.2%, bringing its week to date gain to more than 3%. The technology-heavy index dipped in correction territory last week and suffered its worst weekly performance since March.

Positive economic data in the U.S. and China on Tuesday boosted sentiment on Tuesday.

“Optimism is being supported by a continual flow of good economic news, healthy earnings news and the prospect of getting more comforting news from the Federal Reserve tomorrow suggesting they remain committed to letting the recovery run hot while continuing to provide supportive policies,” Jim Paulsen, chief investment strategist at the Leuthold Group, told CNBC.

Wednesday marks the second day of the Federal Reserve policy’s meeting, the first since Chairman Jerome Powell unveiled a policy shift toward greater tolerance of inflation, effectively pledging to keep interest rates low for longer. Investors widely expect the central bank to maintain is downbeat stance on the economy.

The Federal Open Market Committee will provide its quarterly update on its estimates for GDP, unemployment and inflation. The central bank could provide clearer guidance on what it will take to raise rates in the future.

“The Fed doesn’t like to be involved in politics, even though it’s inherently a political institution but two months before an election is a very difficult time to put your politics aside,” David Zervos, chief market strategist at Jefferies, said on CNBC’s “Closing Bell” on Tuesday. “You just have to expect that there’s going to be some thought to politics.

One of the hottest initial public offerings of 2020 will open for trading on Wednesday. Data storage software company Snowflake is priced at 30 times forward revenue and even got a rare vote of confidence from Berkshire Hathaway. Snowflake expects to go public at a share price between $100 and $110, according to an updated S-1 filing from Monday.

August retail sales data will be released at 8:30 a.m. on Wednesday. Analysts polled by FactSet are expecting an increase of 1.1%, compared to July’s 1.2% rise.