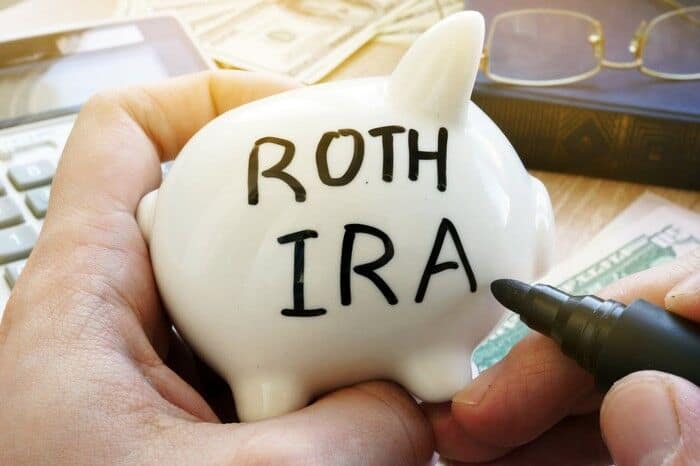 Taxes remain one of the few remaining certainties you will face throughout your lifetime, but there are big opportunities available now to reduce their effects on your long-term financial plan. Financial pundits frequently lead people to believe that they will definitely be in a lower tax bracket in retirement and therefore should defer much of their income in pre-tax retirement accounts like 401(k)s or traditional IRAs.

However, the downside is that withdrawals from these pre-tax accounts are subject to tax. This leaves retirement savers open to future increases in tax rates. It also forces them to then consider the effect of RMDs (Required Minimum Distributions) on the whole of their taxable income.

From a psychological standpoint, I’d argue that simply knowing your retirement assets are all yours is worth a tremendous amount in and of itself — not having to plan a staged liquidation of a pre-tax retirement account when you retire, I would argue, is a bargain at today’s cost. Below you’ll find three reasons why using after-tax retirement accounts like Roth IRAs can be a net benefit to you.

Tax rates right now are among the lowest we’ve had in nearly a century. This means that paying tax now, and not deferring income, may be a worthwhile strategy — especially if you’re able to invest in a Roth IRA at a discount brokerage or a Roth 401(k) via an employer plan. Roth accounts simply signify that money has already been taxed, and there’s no expectation to tax it in the future. This represents a huge planning opportunity, as these accounts do not have RMDs at any age and can be bequeathed to a beneficiary with no tax consequence.

While we don’t know definitively how tax policy might change after the November elections, we do know two things: The current favorable tax policy is scheduled to sunset in 2025, and tax brackets would likely increase if he were to be elected (including taxes on investment income). Knowing this, it would seem that clearing as much income through the tax return as possible, now and in the coming years, is likely to yield a positive long-term result.

Unlike a Roth account, or even an optimized taxable account, a 401(k) plan withdrawal will be taxed at ordinary income rates no matter when it occurs. An extra 10% penalty will be added if you withdraw before 59-and-a-half years of age.

In effect, this means that someone who claims to be a “401(k) millionaire” is not actually a millionaire given that much of the account will be paid to the IRS upon withdrawal. The account contains a significant share of deferred tax, which will require careful tax planning leading up to and in retirement. By contributing to a Roth or performing consecutive Roth conversions, you’re systematically removing the sting of paying potentially higher rates of tax in retirement.

Let’s imagine a scenario where tax rates do in fact decrease in the future. In that case, it would have been better to defer tax in previous years to take advantage of low rates later. Assuming you had invested primarily in Roth and taxable accounts in the early part of your career, you can still be confident that much of the money you have to your name is actually yours, and your tax bill (generated from investment accounts) will be low or close to zero going forward. The psychology of knowing you’re paid up and you don’t owe the government money in the future leads to peace of mind — something for which I would definitely advocate paying.

The psychology of “not owing” is greatly undervalued, and even if it did mean paying a bit more tax up front, the freedom you’d gain from knowing you’re free and clear is priceless. You also can ignore complicated rules, as well as future legislation, that will inevitably affect tax-deferred accounts.

Try a hybrid approach to start

While I do believe that the next four years represent a real opportunity to maximize tax efficiency in your portfolio, if future tax rate uncertainty is too much to bear, you might consider “tax diversification,” or the practice of keeping some investment assets in pre-tax and some in post-tax accounts. This acts as a sort of hedge against undue increases or decreases in tax rates, and allows you to win — at least a little bit — regardless of what the future holds.

Without question, taxes will play a major part in your life at any wealth level, but there are a number of different levers you can pull to minimize the effects. Ideally, simpler laws and regulations surrounding investment accounts would allow for greater understanding and more opportunity for everyone.