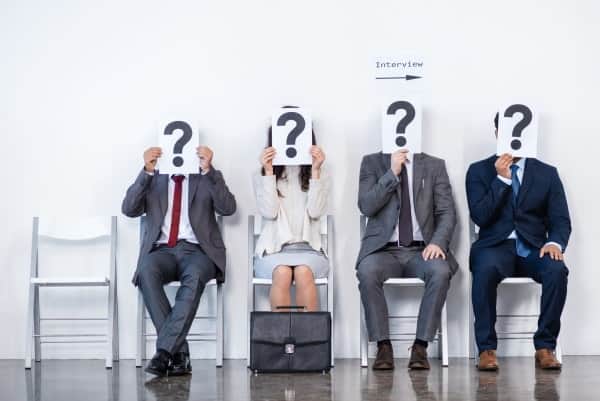 Ginger and Mario Diaz furloughed all 13 of their employees when the COVID-19 pandemic shut down their two gift and party shops in San Antonio in March.

The couple rehired eight of the workers in April through a forgivable federal loan, and that bare-bones staff was more than enough to handle sales that were down about 55% when they reopened in mid-May.

But when business picked up by early June – to about 60% of its pre-pandemic level – they needed more workers but were reluctant to bring on permanent staffers. What if a spike in cases forced the governor to order another shutdown? What if a second virus wave in the fall quashed demand again?

“We didn’t want to have to lay off more people,” Ginger says, adding the initial round of cuts “was brutal.”

So the Diazes instead hired three contract workers who don’t receive health care, vacation or other benefits and could be let go at any time.

“They know it’s temporary and I made sure they understand they’re the first people I’d have to lay off” if businesses falters at the stores, called Feliz Modern.

As customer demand partly rebounds from the depths of the coronavirus-induced recession, many businesses are hiring temporary workers and contractors instead of permanent staffers as uncertainty about the course of the virus and the economy lingers.

The trend is good news because it means businesses at least are hiring again, but temporary positions provide employees far less financial security than permanent ones. Contracts for temporary professional service workers typically last three to six months or until a project is completed, staffing officials say.

Nearly a third of U.S. companies plan to replace at least some departed full-time employees with temporary or contract workers, according to a recent Gartner survey of chief financial officers. That’s double the-pre-pandemic share, Kropp says. And 21.5% of all online job openings are for temporary or contract positions, up from 17% in January, say Becky Frankiewicz, president of ManpowerGroup North America

Temporary workers are typically the first to be laid off in a recession, but also the first to be brought on in the early days of a recovery as companies remain wary, says Paul McDonald, senior executive director at Robert Half International, a staffing firm.

In April, employment for temporary workers dispatched by staffing agencies fell 29%, compared with a 13.7% drop for U.S. payrolls overall, according to the Labor Department. In June, however, the number of such temporary workers increased 7.1%, versus a 3.6% gain for all U.S. payrolls. That group of temporary employees represents just a fraction of all freelancers, contractors and other gig workers, who last year made up 34% of the U.S. workforce, according to Staffing Industry Analysts, a research firm.

The Labor Department on Friday is expected to report that the economy added another 1.5 million jobs in July after recouping about a third of the 22 million jobs shed early in the health crisis in May and June, according to a Bloomberg survey of economists. Yet with pandemic spikes prompting many states to pause or roll back reopening plans, some economists are forecasting significant job losses.

Employers relied heavily on temporary workers during the recovery from the Great Recession of 2007-09. But, “It’s happening a lot more now,” Kropp says, noting the gig economy has exploded over the past decade.

Just glad I got the job’

Many retailers, who were forced to shutter early in the crisis, are also embracing a contingent work force. Besides worrying about another coronavirus surge, Diaz frets about the economy.

“If someone doesn’t have a job, they’re not going to be buying gifts,” she says.

Diaz says she hopes to covert her three temporary hires – two sales associates and a shipping coordinator – to permanent status once the outbreak fades and the economy stabilizes.

Nadia Grajedo, 21, Diaz’s new shipping coordinator, recently moved from Phoenix to San Antonio with the goal of pursuing a teaching career. But in the short term, she just needed a job to pay her rent and other bills. Before landing the temporary slot at Feliz Modern, she was turned down for several retail positions in town.

“I was just glad I got the job,” she says. “Maybe it can become (permanent) if all this calms down.”

Although many firms furloughed staffers with the intention of recalling them, some of those workers landed other jobs or decided to continue receiving enhanced unemployment benefits rather than return to work, Kropp says. Other firms laid off employees permanently but then saw sales bounce back more quickly than anticipated. And in the early days of the pandemic, many workers quit out of fear of contagion or to care for a sick relative, Kropp says. Some older workers retired.

Many companies are now trying to fill those positions, as well as others that were open even before the crisis began.

“They don’t want to absorb the cost of hiring full-time employees,” Kropp says. That includes benefits such as sick days and health coverage, severance pay for those laid off, and the public-relations fallout caused by job cuts.

Temporary workers also can be dispatched quickly by staffing firms. That’s a big advantage during a crisis that abruptly wiped out customer demand as states shut down economies but is also swiftly restoring some of that demand, McDonald says.

Neema Hospitality Management, which owns 12 hotel franchises in the mid-Atlantic region, recently hired 12 temporary housekeepers through a staffing firm for three hotels in Pennsylvania. According to Neema’s president, Sandeep Thakrar, the company shut down five hotels and furloughed 130 of its 200 employees early in the crisis, but then recalled about 80 with the help of a forgivable federal loan.

After occupancy at the hotels plummeted to about 15%, it climbed back to 40%, but Thakrar struggled to hire permanent employees. Some, he says, preferred to remain on enhanced unemployment benefits.

“We were getting desperate,” he says, adding that the staffing firm he used can quickly tap a bigger pool of immigrant workers who are more qualified than many of his permanent employees. Although their hourly wages are higher, Thakrar doesn’t have to pay benefits.

He also wants to avoid laying off permanent workers again amid an unpredictable pandemic. He recently blocked off rooms for 50 college students this fall, but the school suddenly canceled the booking this week because it decided not to resume in-person classes.