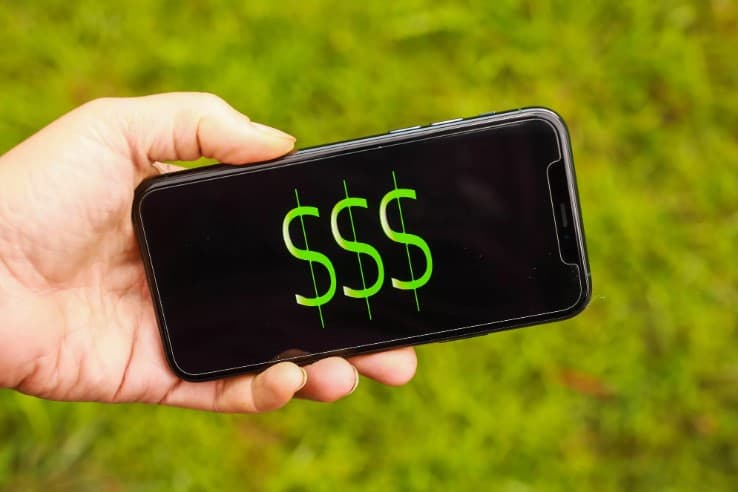 Into the second week of negotiations, Democratic leaders meeting with White House officials say they are making progress, slowly, on the outlines of the next economic relief package. One bit that the two sides already agree on, according to Treasury Secretary Steven Mnuchin is a second stimulus check worth up to $1,200. There’s “enormous bipartisan support,” he said on Aug. 2 of a new payment.

Agreeing on the maximum amount of the next payment doesn’t guarantee that’s what you’ll receive, however. Depending on the bill’s final eligibility requirements, you could get less or possibly even more money than you did from the first stimulus payment.

If Congress does pass a bill passed on the HEALS Act, it could mean some families would receive an additional $500 for dependents who didn’t qualify the first time. However, both the Democratic-led House of Representatives and President Donald Trump have proposed higher stimulus thresholds, though a larger check is a long shot at this stage.

What does this all mean for the size of your stimulus check? How much money could you and your family get with the next payment? Read on for everything we know right now and check back constantly for updates.

How much of the $1,200 second stimulus check could you end up getting?

The Senate’s HEALS Act proposes an upper limit of $1,200 per qualified person, but that doesn’t mean you’ll be able to get it all. Your tax filing status helps determine your share, among other factors.

The first stimulus check left out child dependents who were 17 or older and university students under 24 years old. The Republican plan would include $500 for dependents regardless of age, such as children and adults you claim in your tax filings.

The calculations can be tricky and depend on aspects of your 2019 taxes, such as your adjusted gross income and whether you filed as single, married or head of household. We can’t say for sure that the figures above follow the IRS’s internal rubric, which were based on this handy calculator that The Washington Post put together.

It could shed some light, however, on what you might get if the HEALS Act were to pass as is.

What’s the upper limit your family can get?

Depending on how negotiations shake out, the total amount your family gets could change. Here’s a look at the caps put in place by all three main proposals so far.

CARES Act: With the CARES Act from March, which is now expired, there was no limit on the number of children that could count as dependents as long as they were under 17 and claimed by the taxpayer on their tax return, according to the Tax Foundation. Each dependent would garner the taxpayer $500. Theoretically, a family in which two adults and six children under 17 were eligible for the full amount could receive $5,400.

Heroes Act: The Heroes Act, which has never been taken up or vetoed by the Senate, would place a cap of $6,000 for households of five or more. Essentially, it proposed $1,200 for each adult and dependent with a maximum of three dependents per family.

HEALS Act: Similar to the CARES Act, the HEALS Act does not mention a cap on the amount a family may receive. The difference is that it does not limit dependents to those under 17 in order to qualify for the $500 payment.

How will the IRS give you your money?

While there’s not an official plan yet, it’s likely that receiving this second stimulus check will work much like it did the first time around. If you filed taxes in 2018 or 2019 and included direct deposit information, it’s likely you can receive your check as a direct deposit. If not, you could get it in the mail as a paper check. Under the CARES Act, some people were also sent money in the form of a prepaid “economic impact payment” card, or EIP.

When will Congress reach a decision on the stimulus check?

The two sides are now working out the details of the new proposal, with an eye on Aug. 7. This is the deadline Senate Majority Leader Mitch McConnell set to pass another stimulus bill before a planned month-long recess.

If an agreement can’t be reached, the two chambers are already looking at pushing back the start of their respective recesses to extend the current sessions in Washington. Here’s more on the timeline, including when the IRS could send the first checks.

If you’re still waiting for your first stimulus check, here are 10 possible reasons for a delay, what you can do if you think your payment is lost or has fallen through the cracks and if you could receive two refund checks from the IRS.