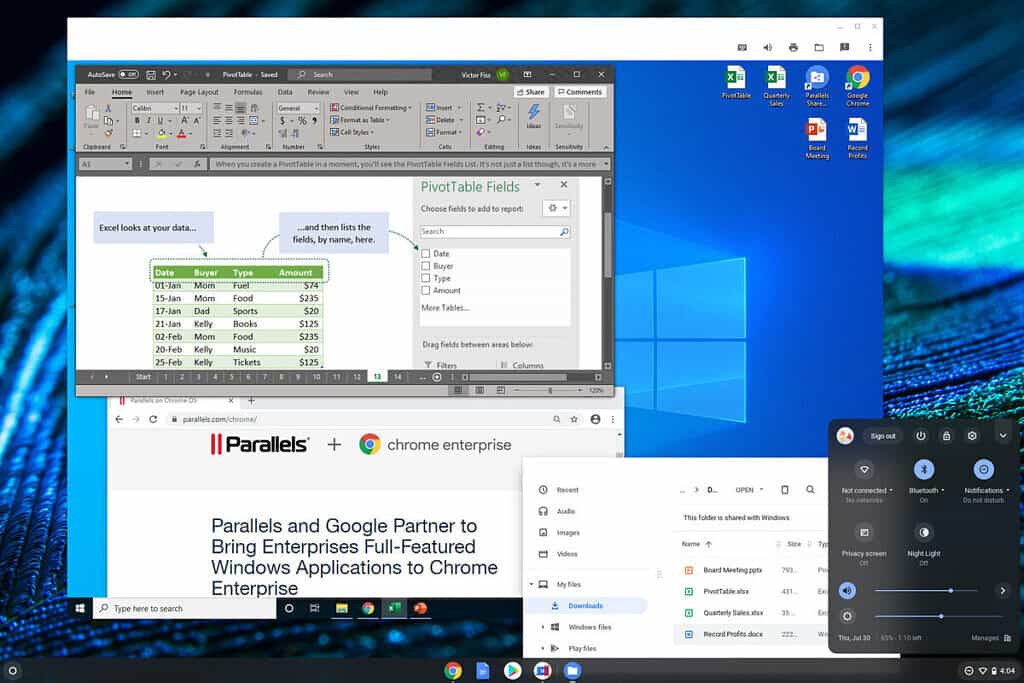 Earlier this year, Google revealed that high-end, enterprise Chromebooks will get support for running full Windows apps. In a new interview with The Verge, Google has finally provided more details for how everything will work.

The feature is expected to take advantage of Parallels’ Coherence feature. On the Mac, the mode allows users to run Windows apps as if they’re native applications made for Apple’s ecosystem. “We worked with Parallels because they really have done this before,” Mistry explained. “They understand the concept of running an entirely separate OS within another OS. They’ve done it with Mac and they’ve done it with Linux.” Mistry said Google did investigate a Windows dual boot option for Chromebooks but ultimately decided against it because of security concerns related to the boot process. Parallels offers “the best of both worlds,” Mistry said, and it provides users with a seamless experience that they can quickly hop in and out of.

No pricing or launch date has been revealed, but Google said Parallels Desktop will be available to businesses later this year. A page has been set up for interested parties to get in touch with Google. According to The Verge, resellers can bundle Parallels Desktop with enterprise Chromebooks while IT admins can enable access to Parallels for Chromebooks enrolled in Chrome Enterprise Upgrade (PDF warning). Interested parties will also need relatively modern Chromebooks to run Parallels Desktop, although Mistry didn’t reveal exact spec requirements. Instead, he said users will need “power usage” Chromebooks. Expect that to mean needing a Chromebook with an Intel Core i5 or i7 processor and at least 8GB of RAM.