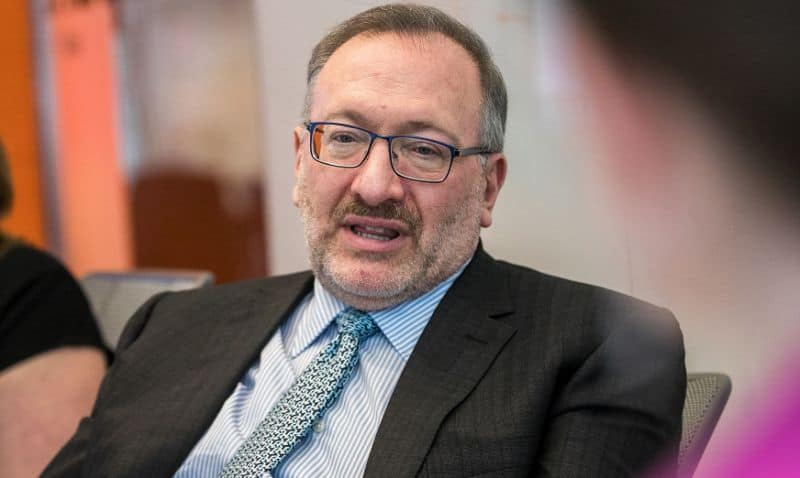 Seth Klarman said the Federal Reserve is treating investors like children and is helping create bizarre market conditions that are unsupported by economic data.

“Surreal doesn’t even begin to describe this moment,” Klarman said in a letter to investors reviewed by Bloomberg News. Investor “psychology is surprisingly ebullient even though business fundamentals are often dreadful,” he added.

The culprit is the Fed, Klarman said in the 16-page letter.

“Investors are being infantilized by the relentless Federal Reserve activity,” said Klarman, who runs hedge fund firm Baupost Group. “It’s as if the Fed considers them foolish children, unable to rationally set the prices of securities so it must intervene. When the market has a tantrum, the benevolent Fed has a soothing yet enabling response.”

Going further, he said: “As with the 30-year-olds still living in their parents’ basements, we can only wonder whether the markets will ever be expected to make it on their own.”

Klarman said “we were significant net sellers” as prices rallied in the second quarter. The hedge fund delivered a gain of about 10% in the three months ended June 30, and was down about 2% for the first half of the year, according to a person familiar with the matter.

Baupost’s cash balance was 31% on June 30, up from 26% disclosed in April, the result of selling a recently purchased portfolio of mortgage-backed securities and one corporate debt holding, as well as net stock sales.

Here are some other highlights from the letter:

Gains in the hedge fund were led by EBay Inc., Pacific Gas and Electric Co., Liberty Global Plc, ViacomCBS Inc., Steinhoff International Holdings NV and Translate Bio Inc.Covid-19 has caused “some adverse developments” in the firm’s public portfolio but those are likely to be temporary, he said.Investments in subrogation claims and equity of Pacific Gas were not affected by Covid-19 and substantial distribution is expected to be paid this month.The pandemic is challenging some of the firm’s private holdings including in real estate. While residential property developments in Miami, Denver, Lake Tahoe and southern Delaware are experiencing strong sales and traffic, a mixed use property outside of Cleveland is impaired because rents aren’t being paid, he said. Occupancy is also falling at a “major residential property” that wasn’t identified.Hedges cost the firm 1% of net asset value in the second quarter after contributing about 3% in the first quarter.