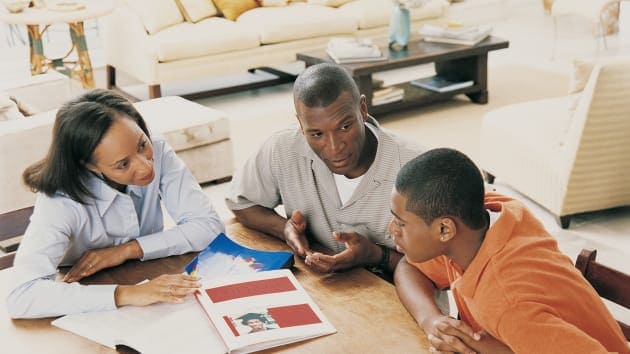 It’s easy to put off saving for college, especially during a pandemic. Financial uncertainty may have you concerned, or you are just trying to get by day-to-day.

In fact, 16% of parents saving for college paused their contributions to their 529 college savings plan because of financial concerns related to Covid-19, according to a survey by the online 529 plan platform, CollegeBacker. Additionally, 13% reduced contributions and 17% planned to withdraw funds.

Yet experts say the earlier you can get started in a 529 plan, the better. The plans are tax advantaged, allowing parents to save after-tax dollars for education expenses. The savings grow tax-free but must be used for qualified education expenses.

“From a tax perspective and investment perspective, staying the course, starting early and staying invested is the most optimized way to use 529 accounts,” said Madeline Hume, an analyst at Morningstar. “That’s going to be the most profitable way for families to use these plans,” she added.

Americans currently have $371.5 billion saved in over 14 million 529 plans, according to the College Savings Plans Network. However, a survey released by CSPN in May also found that while 35% of Americans said they were aware of 529 plans, only 26% knew it was connected to education.

Many parents may not take advantage of the plans, because they don’t understand them or because they view college as something far off in the future, said Shannon Vasconcelos, a college coach for Bright Horizons and former assistant director of financial aid at Tufts University.

Yet saving for college is vital due to increasing higher-education costs. The average tuition increase is 3% a year.

“You need to get your money in an account that is growing for you to keep pace with tuition inflation,” said Vasconcelos.

Here’s what you need to know about 529 plans and how to choose one that works for you.

The biggest advantage to a 529 plan is the tax benefit. When you take out the money for qualified expenses, you aren’t taxed. Those expenses include tuition, fees and books, and lesser known costs like upgrading your technology, including computers and printers.

If you take money out of traditional investments, you’ll be taxed on any money you earned.

If your child decides not to go to college and doesn’t use 529 funds towards other qualified educational expenses, such as high school tuition, others in your family can. However,  if you take the money out for anything other than those qualified expenses you’ll be subject to a 10% penalty and income tax on the earnings.

One way people work around the restrictions of a 529 plan is by saving in a Roth IRA.

“The Roth IRA tax break is really identical to the 529 in that you get the earnings of the account tax-free,” Vasconcelos explained.

For older parents, this is a “win-win” since they can start taking money out of their Roth IRA when they are 59½, she said.

Those under 59½ can take out their principal balance, not earnings, without a tax or penalty.

How much you should save

If you think about saving for the entire four years of tuition, you may become too paralyzed to act.

Of course, by the time your child heads off to college, costs will be higher. You can use an online college cost calculator, like the one on SavingForCollege.com, to get an estimate of tuition.

‘Your greatest asset is time’

If you start saving at your child’s birth, by the time he or she goes to college, about a third of your goal will come from earnings on your investment. If you wait until high school, it will be less than 10%.

“If you start saving in high school, you would have to save six times as much per month to reach the same college savings goal as compared to starting when your child is a newborn,” he said.

How to choose a plan

You can get a plan through a financial advisor, which may work if you need “a lot of hand-holding,” or already have a relationship with an advisor, said Kantrowitz.

However, it will cost you less if you do it yourself.

Each state offers a plan, but you don’t have to choose the one offered by the state you live in or the one in which your child will attend school.

What you should do is first check to see if you get a state tax break by contributing to your own state’s plan.

Also look at the fees that are charged, which will reduce your returns. You want to get the lowest fees possible.

Several plan managers “have been competing with each other to see who can charge the lowest fees,” Kantrowitz said.

If you are torn between a plan with a state tax break or one with a lower fee, Kantrowitz recommends focusing on the lower fees when your child is younger. The “inflection point” is around high school. Once they are that age, the tax breaks matter more.

Another thing to consider is an age-based asset-allocation fund offered by the plan. It will start out aggressive and automatically adjust the money so that the allocations are appropriately balanced. As the start of college draws near, the portfolio should be tilted to more conservative investments, like bonds.

One thing Bright Horizons’ Vasconcelos often hears from parents is that if they save for college, they won’t qualify for financial aid.

“Saving always helps more than it hurts,” she said. In fact, your aid is affected to a “very limited extent” by your 529 savings.

What usually puts parents out of range for financial aid is their income, not their savings.

“That $10,000 you save helps you pay for college much more than the $600 loss of financial aid,” Vasconcelos said.