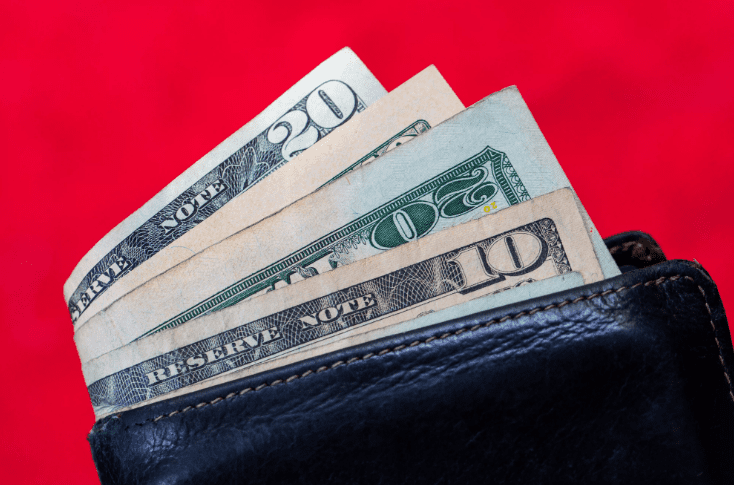 If it passes, the HEALS Act could offer a $1,200 stimulus check along with other benefits. Here are the other incentives proposed to offset the worst financial effects of the coronavirus crisis.

A tax-free stimulus check of up to $1,200 is enticing for anyone, but the next coronavirus relief bill — whatever it’s called — will contain more than just a check for those who qualify. Senate Republicans’ plan for the next stimulus package, which is called the HEALS Act, also posits a renewal of enhanced unemployment assistance (though at a lower threshold than before) and over $100 billion dedicated to reopening schools this fall.

As bipartisan debate heats up over what should and shouldn’t be included in a final bill, there’s uncertainty that an agreement will come soon that will solidify the contents of another rescue package that seems to be supported by both chambers of Congress and the White House.

“Hope springs eternal that we will reach some kind of agreement, either on a broad basis or a more narrow basis, to avoid having an adverse impact on unemployment,” said Senate Majority Leader Mitch McConnell Wednesday in an interview with PBS News Hour. Meanwhile, new jobless claims for the week ending with July 25 tallied 1.43 million, which is up 12,000 from the previous week.

Here are the major pieces Democrats, Republicans and White House officials are pushing to include in the next stimulus package — and how likely we are to get them before Aug. 7, the last day before the Senate is set to break for its monthlong August recess. This story is updated often with new information.

Second stimulus check: Designed to get you to spend

What it is: A payment sent to qualifying individuals and families, based on annual income, age, number of dependents and other factors. The first stimulus checks authorized under the CARES Act have gone out to over 160 million Americans — either as a check, prepaid credit card or direct deposit. But not without a hitch and after three months some are still waiting for their stimulus payment.

How it could help you: The payment is not taxable and you can use it however you want to pay for food, housing, clothing and so on. The idea is that spending the checks will help the economy recover faster.

Why we think a second check will pass: The CARES act authorized payments of up to $1,200 per eligible adult and so does the HEALS Act. The House of Representatives’ HEROES Act, meanwhile, called for $1,200 stimulus checks, but for more people. The White House also supports another round of checks, which makes this a likely part of the final bill.

More unemployment benefits for Americans out of work

What it is: An additional weekly check for people who applied for unemployment for the first time or were already collecting unemployment. The program initially granted by the CARES Act provided an extra $600 per week and expired on Saturday, but lawmakers are looking into another unemployment boost now.

How it could help you: An extra weekly payment on top of the ordinary unemployment benefit gives individuals and families a leg up and cutting it off or reducing it could be devastating for both unemployed workers and the economy.

Why we think it could happen: Republicans support the extension, though at a reduced rate, saying $600 a week is too generous. “We have learned what we knew at the time,” Senator Chuck Grassley said Monday, “That when you pay people more not to work than they would get working, what do you expect? People will not work. And what this country needs is more workers.”

Democrats support an extension at the current $600 rate and balk at the Senate proposal, which would extend benefits based on 70% to 75% of lost wages, starting at $200 a week and over time increasing to $500 a week, with state assistance. With no agreement on a second package close, the two sides may decide to extends the benefits for a few weeks while they hammer out the details of the bill: “We have discussed a short-term extension to [unemployment insurance] and the evictions so that we have some period to negotiate before it runs out,” Treasury Secretary Steven Mnuchin said on Wednesday.

What it is: Intended to help you retain your job, the Paycheck Protection Program provides forgivable loans to small businesses as an incentive to keep employees on the payroll.

How it could help you: The program is designed to fund workers employed who would otherwise have lost their jobs during the pandemic. The program got off to a rocky start and it’s not clear the PPP met the goals Congress set for it.

“Overall PPP hasn’t preserved many paychecks,” wrote Joshua Gotbaum, a guest scholar of economic studies at the Brookings Institution. “A careful study found that PPP-eligible small businesses laid people off just as quickly as other businesses,” he said.

Why we think it could get extended: The Republican proposal will target the hardest-hit small businesses, Sen. Susan Collins of Maine said Monday, including those with revenue losses of 50% or more over last year.

What it is: Under the program, an employer can receive refundable tax credits for wages paid to an employee during the pandemic. The employer can then use the credits to subtract from — and even receive a refund over — taxes they owe.

How it could help you: Again, it’s not a direct payment to you, but the program encourages businesses to keep workers on the payroll.

Why we think it could happen: Grassley said the HEALS Act includes further tax relief for business who for hire and rehire workers and the Democrat-backed Heroes Act also builds on the tax credits that were part of the initial CARES Act. And there’s additional bipartisan support besides.