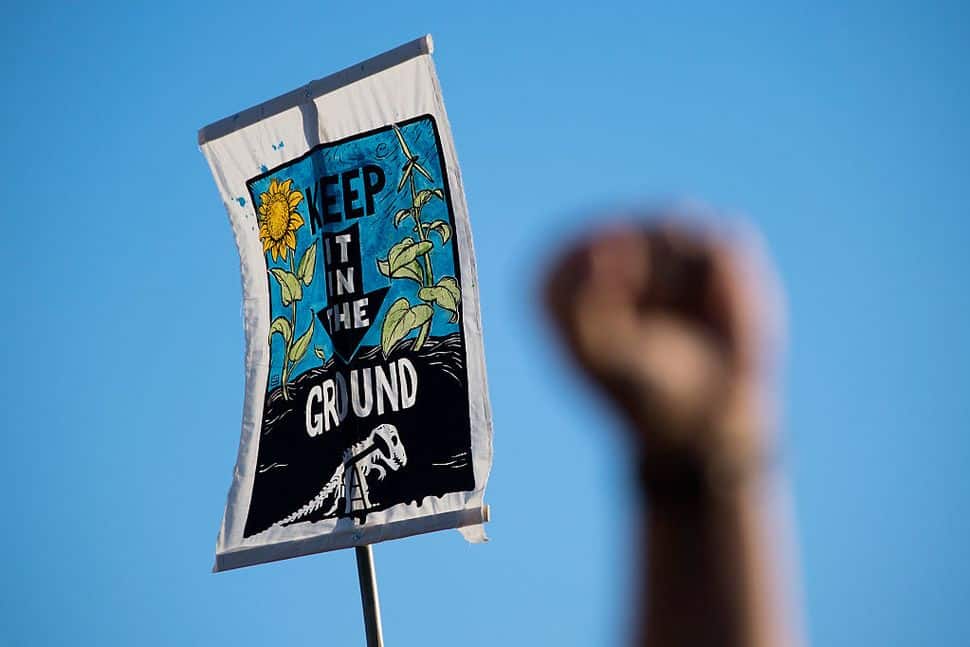 RECENT LOSSES FOR pipeline projects both inside and outside of courtrooms have highlighted the power of grassroots opposition movements and raised questions about the changing landscape for the oil and gas industry.

Investors on Sunday backed out of the Atlantic Coast Pipeline, citing “legal uncertainty” after facing opposition from local communities. Then on Monday, a federal court ruled that the Dakota Access pipeline must shut down by Aug. 5 while the government performs a more thorough environmental review of the project – a move cheered by the Standing Rock Sioux Tribe and others who sued over its construction. Later that same day, the Supreme Court denied a request from the Trump administration to resume construction on the long-delayed Keystone XL pipeline.

The American Petroleum Institute, the largest trade association for the oil and natural gas industry in the U.S., said it was “deeply troubled” by the “setbacks for U.S. energy leadership.” The industry has long called for reform to the pipeline-permitting process to include speedier and less rigorous environmental reviews that reduce the opportunity for opponents to file legal challenges. Environmental groups have increasingly pursued lawsuits against the federal and state permits needed for pipelines to move forward.

“Our nation’s outdated and convoluted permitting rules are opening the door for a barrage of baseless, activist-led litigation, undermining American energy progress and denying local communities the environmental, employment and economic benefits modern pipelines provide,” API CEO Mike Sommers said in a statement this week. “The need to reform our broken permitting system has never been more urgent.”

President Donald Trump has attempted to make the permitting process easier for energy projects like pipelines. Last month, he signed an executive order to expedite permitting for infrastructure projects with the aim of giving the economy a boost amid the coronavirus pandemic.

The pipeline decisions are a blow to the administration, which has made it a priority to expand U.S. oil and gas infrastructure. Energy Secretary Dan Brouillette blamed the Atlantic Coast Pipeline outcome on “the well-funded, obstructionist environmental lobby.”

The decisions, however, will likely only add “some much needed invigoration” to groups fighting pipelines, according to Emily Hammond, a senior associate dean at George Washington University Law School.

“All of these results reinforce that meaningful and important role for grassroots campaigns really in the very fabric of our society,” Hammond says.

The setbacks for the oil and gas industry come during a time when its future is increasingly unclear. The coronavirus pandemic has disrupted the markets, sending oil and gas demand plummeting. The recent resurgence of cases in the U.S. has again threatened the oil market, which had started showing signs of rebounding after the initial outbreak. U.S. exports of liquified natural gas have significantly fallen, undoubtedly raising questions about future investments in pipelines. Between the virus and pressure from the public to act on climate change, these decisions could serve as the latest “warning flag” to energy companies, according to Hammond, who expects the decision to “snowball on some of the other projects that are planned.”

“We are in the midst of an energy shift,” Hammond says. “Watching the energy companies navigate that shift, the ones who may survive, I think, are the ones that view the future as one of renewable energy and energy solutions as opposed to relying on fossil fuels simply as long as they can.”

Hammond believes the projects need to also answer calls for environmental and social justice as well as corporate accountability.

“It’s not just that the oil and gas industry is vulnerable to a pandemic,” Hammond says. “It’s that a pandemic might have been the final straw, given its other vulnerabilities on the bases of justice and accountability.”