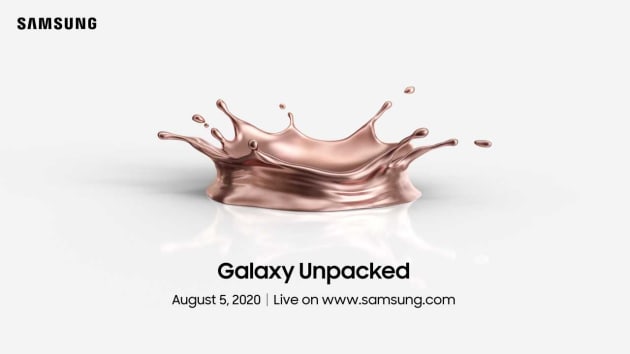 Samsung is set to reveal its next major smartphone on August 5 — and media reports say the latest version of its high-end Galaxy Note 20 smartphone could be unveiled.

The South Korean electronics giant usually unveils a new version of its Galaxy Note series of devices at its August “Galaxy Unpacked” event. This year’s edition will be virtual due to the coronavirus pandemic.

The promotional video featured the tip of a stylus — known as the S Pen, which comes with Samsung’s Galaxy Note phones.

This appears to back up a number of leaks that suggest the next device will be the Galaxy Note 20 which will come in several versions.

A report by SamMobile earlier this year also said that another foldable smartphone could be unveiled called the Galaxy Z Fold 2. That would be the successor to the Galaxy Fold Samsung released last year that had serious technical problems when it launched.

It’s a tough time for smartphone makers launching phones due to the ongoing coronavirus pandemic which has forced countries around the world to lock down, and caused massive economic damage.

Worldwide smartphone shipments decreased 11.7% year over year, in the first quarter of 2020, their largest yearly decline, according to IDC. The market research firm expects shipments to fall 11.9% this year.