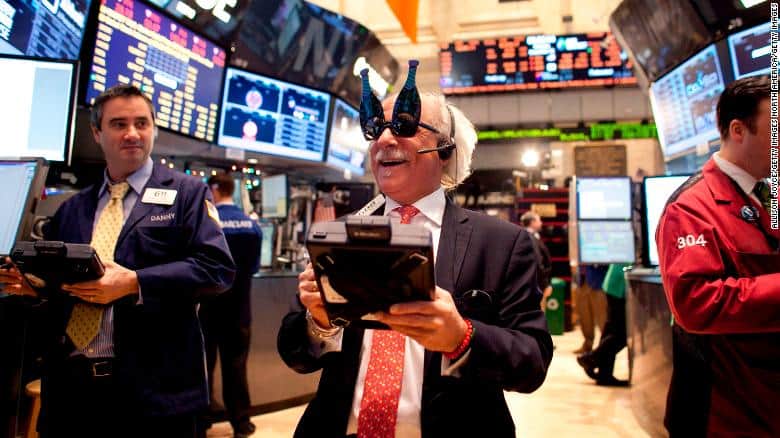 U.S. stock futures were pointing to a steady open Wednesday, one day after Wall Street’s sell-off that saw the Dow Jones Industrial Average break its two-session winning streak with a nearly 400 point, or 1.5%, decline. The S&P 500 and Nasdaq saw their five-session winning streaks end with roughly 1% declines. The Nasdaq’s slip followed Monday’s record high as a rally in megacap tech shares lost steam and concerns about the new spikes in U.S. coronavirus cases dampened investor sentiment.

Homebuyers rushed back into the real estate market last week, taking advantage of record low mortgage rates. After a brief pullback at the end of June, mortgage applications to purchase a home rose 5% for the week and were a remarkable 33% higher a year ago, according to the Mortgage Bankers Association. Applications to refinance rose 0.4% from the previous week but were 111% higher than one year ago.

2. Trump pushes to reopen schools in the fall

Despite a record 60,000 new U.S. Covid-19 infections Tuesday and total cases in American approaching 3 million, President Donald Trump said the White House plans to pressure governors and educators to reopen schools in the fall. White House health advisor Dr. Anthony Fauci said during a livestreamed event Tuesday with Democratic Sen. Doug Jones of Alabama, “We should try the best as possible to get the children back to school.” But he added, “You don’t want to be risking the health of the children or their families.”

The president points to a drop in U.S. deaths from the coronavirus despite surging cases as a positive. While the case-to-fatality rate in the U.S. is lower than many European nations as many more young people are among the recent new cases, Fauci said it’s a “false narrative to take comfort in a lower rate of death.” He added, “There are so many other things that are dangerous and bad about this virus.”

Texas reported more than 10,000 new infections Tuesday, a record-breaking daily surge as the state responds to a growing outbreak and rising hospitalizations. Texas is one of 36 states where cases grew by 5% or more, based on a seven-day average, according to a CNBC analysis of data compiled by Johns Hopkins University. The state has reported an average of 6,990 new cases based on a seven-day moving average, a near 26% surge from the previous week. Texas, among the first states to widely open its economy in May, recently walked back some of its reopenings in an attempt to mitigate infections.

A two-year audit of Facebook’s civil rights record found “serious setbacks” that have marred the social network’s progress on matters such as hate speech, misinformation and bias. The 100-page report released Wednesday outlines a “seesaw of progress and setbacks.” More than 900 companies have joined a recent advertising boycott of Facebook and Facebook-owned Instagram to protest the company’s handling of hate speech and misinformation. Civil rights leaders who met virtually with CEO Mark Zuckerberg and other Facebook leaders on Tuesday expressed skepticism that the recommendations from the audit would ever be implemented.

5. Warren Buffett giving away another $2.9 billion

Warren Buffett announced on Wednesday his annual charitable donations to the five philanthropies that will receive the bulk of his fortune. This year, the “Oracle of Omaha” is distributing 15.9 million class B shares of Berkshire Hathaway valued at about $2.9 billion. That brings his total philanthropic donations to more than $37 billion since 2006. Buffett has said he will give away more than 99% of his wealth, with much of it going to the Bill and Melinda Gates Foundation; a charity founded by Buffett’s late wife, Susan; and charities run by each of his three children.