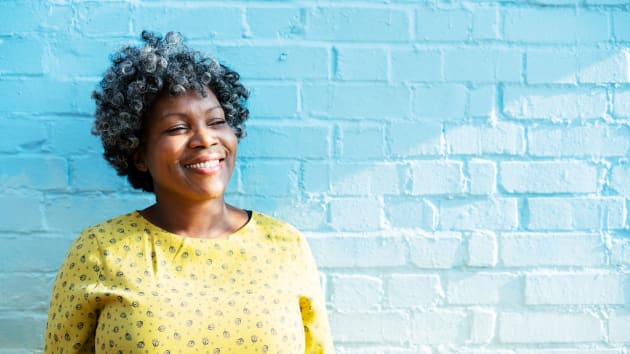 Saving for retirement can be hard. Planning how to spend that nest egg — while ensuring the money doesn’t run out — is harder.

From an academic standpoint, the “optimal” retirement strategy combines two concepts, said Wade Pfau, a professor of retirement income at The American College of Financial Services.

On one hand, retirees set up a “floor” of income using guaranteed payments like Social Security to cover all recurring fixed costs in retirement (insurance premiums and mortgage payments, for example).

The second prong uses an investment portfolio for discretionary spending (travel and leisure activities, for example). Retirees would dial this spending up or down based on life expectancy, ensuring their money wouldn’t run out.

“This is an easy, simple way that people can have a retirement strategy that approximates the [ideal] academic strategy,” Pfau said.

Maximizing one’s Social Security benefit is perhaps the most important aspect of the strategy.

Social Security is the “foundation” of retirement for most middle-income retirees, providing anywhere from around half to three-fourths of their total retirement income, Pfau and other researchers wrote in a 2017 paper published by the Stanford Center on Longevity.

The researchers define “middle-income” as those with between $100,000 and $1 million in retirement savings.

Retirees should, at a minimum, determine what their fixed costs will be in their retirement years. That’s the “floor” income, encompassing all essential monthly and annual payments like housing, food, utilities and transportation.

Aim to “get as much of that as you can from Social Security,” according to David Blanchett, the head of retirement research at Morningstar Investment Management.

Exceeding the floor income would be even better, he said.

Social Security is a uniquely powerful benefit for retirees for several reasons.

Payments are guaranteed for life, meaning they can’t be outlived. They’re indexed to inflation, so a retiree’s buying power isn’t eroded as much over time. They’re partially shielded from federal income tax and not exposed to the volatility of the stock market. In many states, that income is exempt from state taxes as well.

And because payments come in regular, monthly installments like a paycheck, they help overcome a common behavioral hurdle for retirees — fear of spending the money, Blanchett said.

“It is just the greatest thing around,” Blanchett said.

Americans can start Social Security beginning at age 62. But waiting until age 70 is one of the most impactful financial decisions a retiree can make.

That’s because Social Security checks grow by 8% each year a retiree waits to claim benefits.

Consider someone who turns 62 this year and stands to get about $1,000 per month from Social Security at age 67. This individual would get $716 a month at age 62, but a much larger monthly sum — $1,266 — by waiting until age 70, according to the Social Security Administration.

An 8% guaranteed return is especially lucrative in the current environment of rock-bottom interest rates, which means retirees are getting much less of a yield from traditionally safe investments like cash and bonds.

The second prong of the retirement strategy encompasses the investment portfolio. The goal is to use these liquid savings to fund all the fun stuff in retirement.

This money can be invested aggressively — for example, in a mutual fund that tracks the stock market, like an S&P 500 index fund, according to the Stanford paper.

That’s because a retiree’s overall investment risk would be diluted by the fact that such a large share of their overall retirement income comes from a safe source (Social Security and/or a traditional pension).

However, more risk-averse retirees can still achieve “reasonable results” by investing in a more conservative mutual fund, like a balanced fund” that invests about half in stocks and half bonds, the paper said.

How much to withdraw?

Retirees can toggle withdrawals from their investment portfolio each year based on their life expectancy, which ensures they won’t run out of money.

Retirees can follow the directions in a “required minimum distribution worksheet” published by the IRS as a guide.

The simple exercise involves dividing the account balance by a “distribution period” listed for one’s corresponding age. The output is the amount a retiree can safely withdraw from their investment portfolio that year.

For example, a 70-year-old retiree with a $1 million retirement account would divide $1 million by 27.4, which is the distribution period listed for a 70-year-old. This person can withdraw about $36,500.

Retirees would repeat the exercise each year based on their new account balance.

Withdrawing from accounts in this manner skews slightly to the conservative side, Pfau said.

“This is pretty easy to implement,” said Mike Piper, CPA and creator of the Oblivious Investor personal finance blog, of the overall strategy. “It’s like the cookie-cutter retirement plan you can start with.”

There are variations to the strategy that retirees could implement based on their specific situations. This would, of course, complicate the two-pronged strategy listed above.

The ideal retirement scenario envisions working until age 70, and covering living expenses with a job paycheck before claiming Social Security.

Of course, not everyone will be able to wait until age 70 to retire.

Those who retire earlier should carve out part of their investment portfolio as a transition fund to cover expenses in the years before claiming Social Security.

This would be invested conservatively, in a money market mutual fund, short-term bond fund or, for 401(k) investors, a stable-value fund.

Having a bridge fund to carry through until age 70 is ideal, but claiming Social Security at ages 67, 68 and 69 “still provide significant advantages,” the Stanford paper said.

“Now is the wrong time to guess on retirement [age],” Blanchett said, alluding to the country’s high unemployment levels. “Unless you’re certain and unless you have to do it, I’d consider working a little extra.”

Some retirees, especially those with higher incomes, may not be able to get all their “floor” income from Social Security.

If they have the money, retirees can purchase a plain-vanilla immediate or deferred-income annuity to help close that gap. Retirees should generally avoid more complex versions of annuities like variable or fixed-indexed annuities for this exercise.

This plan strategy isn’t without risks, however.

For one, it may prove challenging for this plan to accommodate large unexpected expenses, such as health-care costs or long-term care.

Retirees can potentially tap their home equity — via a reverse mortgage or home equity line of credit, for example — to supplement retirement income and address certain unexpected costs, Pfau said.

A reverse mortgage, however, comes with some caveats that could impede that strategy.

For example, while it could cover long-term care expenses related to in-home care, it likely wouldn’t cover care outside the home (e.g., in a nursing home) since the home must remain the borrower’s principal residence.