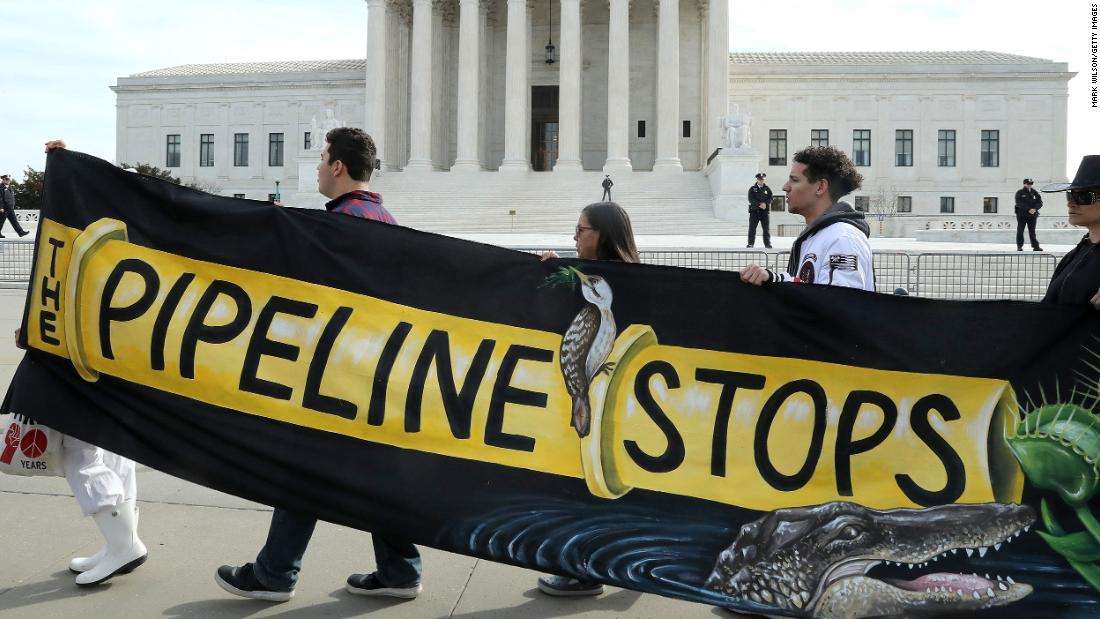 Dominion Energy and Duke Energy have canceled their Atlantic Coast Pipeline project, a natural gas pipeline that was to stretch hundreds of miles across West Virginia, Virginia and North Carolina, citing “legal uncertainty.”

Despite a recent win for the project in the US Supreme Court, ongoing delays, litigation and an expected increase in costs threatened the economic viability of the project, the companies said Sunday.

The pipeline, initially announced in 2014, had faced intense criticism and legal challenges from environmental and other groups.

“This announcement reflects the increasing legal uncertainty that overhangs large-scale energy and industrial infrastructure development in the United States,” Thomas Farrell, chairman of Dominion Energy, said in a statement. “Until these issues are resolved, the ability to satisfy the country’s energy needs will be significantly challenged.”

The companies had “worked diligently and invested billions of dollars to complete the project and deliver the much-needed infrastructure to our customers and communities” in the years since it was announced, Farrell said.

The announcement brought cheers from the Natural Resources Defense Council.

“This is tremendous news for West Virginians, Virginians, and North Carolinians who deserve clean air, safe water and protection from climate change,” Gillian Giannetti, an attorney with the NRDC, said in a statement.

“As they abandon this dirty pipe dream, Dominion and Duke should now pivot to investing more in energy efficiency, wind and solar — that’s how to provide jobs and a better future for all,” Giannetti said.

“The well-funded, obstructionist environmental lobby has successfully killed the Atlantic Coast Pipeline, which would have lowered energy costs for consumers in North Carolina and Virginia by providing them with an affordable, abundant, and reliable natural gas supply from the Appalachian region,” he said.