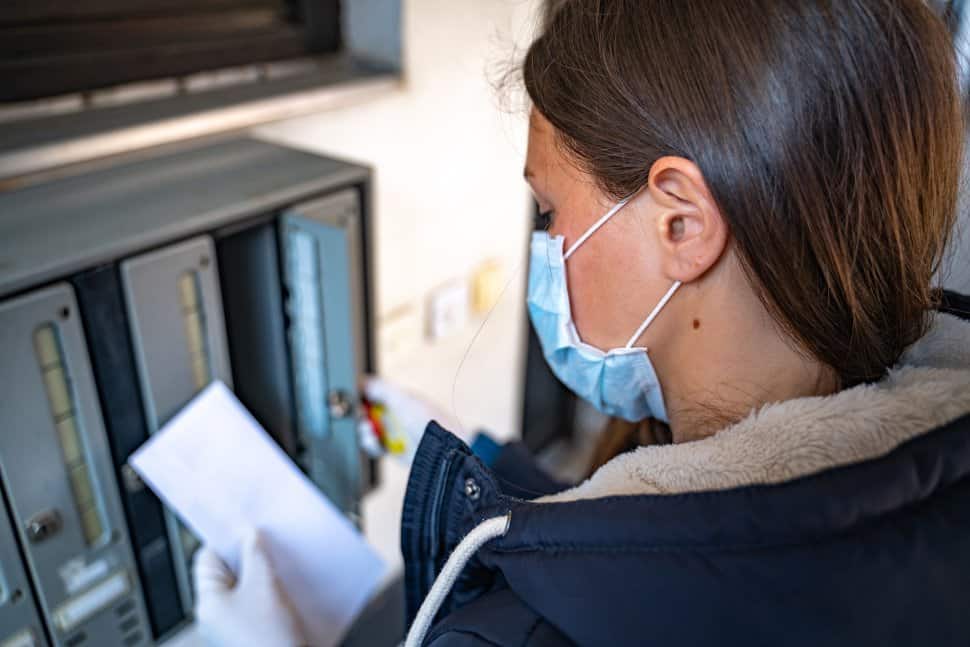 IF YOU’VE LOOKED AT your bank account lately, you may have had a question turn over in your mind more than a few times. Am I getting a second stimulus check?

There has been talk about another one coming, and in fact, on May 12, the U.S. House of Representatives passed the HEROES Act, short for the Health and Economic Recovery Omnibus Emergency Solutions Act, legislation that will cost $3.4 trillion. The Senate hasn’t seemed too interested in pursuing the HEROES Act, but another stimulus package hasn’t been ruled out, and it’s been recently reported that President Trump is supportive of the idea of sending Americans a second stimulus check.

So is another stimulus check coming?

Nobody knows for sure, but based on what is in the HEROES Act, there’s been a lot of speculation on what the next stimulus package could look like. If you’re anxiously eyeing your bank account and interested in what may be coming around the corner, we have some possible answers to your questions.

The Last Stimulus Check Didn’t Offer Money to Parents With Teenagers 17 and Older. Will the Next One?

Assuming there is another stimulus package in the offering, it just may. The first stimulus package, known as the Coronavirus Aid, Relief, and Economic Security Act, or CARES Act, costing $2 trillion, was signed into law on March 27. Among other things, it gave taxpayers $1,200 if their adjusted gross income was $75,000 or less. If you and your spouse filed jointly and earned up to $150,000, you received $2,400. If you filed as head of household, you received $2,400 if you earned $112,500 or less.

This time, children – as well as 17- and 18-year-olds and college students claimed as dependents – would qualify for a $1,200 payment under the HEROES Act.

But, again, the HEROES Act was only passed by the House and may look radically different, assuming it makes it through the Senate.

Will the Next Stimulus Package Include Any Help With Paying Student Loans?

There are reasons to hope so. The HEROES Act will forgive up to $10,000 in federal student loans, or the outstanding loan balance, whichever is less. Meanwhile, the U.S. Treasury would make monthly payments on private student loans through Sept. 30, 2021, up to $10,000 per borrower.

Again, this may not happen, and some people predict that it won’t happen.

“I doubt loan forgiveness will be included, primarily due to the sheer cost, but also as it relates to the disagreements over the perceived fairness of blanket forgiveness and questions about whether such a benefit reasonably relates to the pandemic or should be dealt with separately,” says Christopher Chapman, president and CEO of AccessLex Institute, a research and advocacy nonprofit based out of West Chester, Pennsylvania, focused on improving access to legal education.

He does think, however, that student loan provisions, similar to what was in the earlier package, like payment holidays and 0% interest, have a good shot of making it in the next stimulus package.

In any case, something needs to be done to help students and universities, which are both struggling financially, says Giacomo Santangelo, an economics professor at Fordham University in New York City and at Seton Hall University in South Orange, New Jersey.

“Universities are going to make less money in the fall, and we kind of know it, but we aren’t talking about it,” Santangelo says.

That is, you hopefully received the money. Checks have been slow to materialize for some households.

Meanwhile, families with children 16 or younger nabbed an additional $500 per kid.

Parents with 17-year-olds or college students were miffed, to say the least. After all, parents were still paying expenses for their college students, many of whom not only had to return from college but also lost jobs during the quarantining.

Because of bringing in less revenue, universities may have to cut costs in their services, raise tuition or both, according to Santangelo. He predicts, however, that if tuition is raised, it isn’t likely to be much. Parents, he says, are likely going to be upset about paying even higher tuition costs – especially if their kids are still at home, learning virtually, which many people will never feel matches the experience of being inside a classroom.

Santangelo hopes that Washington will spend some of the stimulus package on education – giving money to the universities but also heading off another problem that will likely occur if college students continue to attend college from their homes.

“Provisions need to be made for the students who don’t have the same technological access as other students,” Santangelo says.

He points out that if virtual education continues this fall, some college freshmen are going to be at home, and in some worst-case scenarios, may be in a household with no computer – or one computer to share among family members or with spotty internet connection.

“Not all students have access to webcams and microphones. Universities or the government have to give the kids the resources they would have if they were on campus,” Santangelo says. “The students were equal when they were on the same campus, getting the same information in the classroom. But if you’re at home, you may not be having the same education experience.”

Will the Next Stimulus Package Address Unemployment Checks?

It’s hard to tell, but Anne York, a professor of economics at Meredith College in Raleigh, North Carolina, doesn’t think workers will see an extra $600 on top of their unemployment checks as happened with the CARES Act.

She hopes, however, that a new unemployment package would, nonetheless, go beyond a typical pre-pandemic unemployment check, where people often receive two-thirds or maybe half of their regular paycheck.

“While it was compassionate to provide the extra $600 of unemployment benefits as part of the first stimulus, that resulted in some workers to rationally choose unemployment over working – because their unemployment benefits were higher than their paychecks,” York says, adding that that made it difficult for some businesses to rehire workers.

“It was good to have a temporary boost to spending by helping workers at first with these enhanced $600 unemployment benefits, but that isn’t a feasible long-term solution to our economic recovery,” York says.

Any stimulus package, York maintains, “should be designed in such a way as to keep as many people as possible connected to employment.”

My Spouse Is an Immigrant. Will We Get a Stimulus Check This Time?

Maybe. The CARES Act stipulated that if you filed with an Individual Taxpayer Identification Number instead of a Social Security number, you were ineligible to get a stimulus check. That decision affected scores of taxpaying immigrants.

In the case of the CARES Act and the stimulus checks, however, if you were an immigrant filing taxes with an ITIN and married to an American, your American spouse also missed out on getting a payment. So did your kids. That’s believed to have affected at least 1.2 million households, according to numbers from the Migration Policy Institute, a think tank based out of the District of Columbia.

It’s too early to tell with this next stimulus package how things will shake out, but the HEROES Act requires that a taxpayer have an ITIN or Social Security number to receive a check. So we’ll see if that holds.

It Sounds Like a Stimulus Check Is Coming. Should I Plan on That?

No. It’s a pretty good assumption that a stimulus check will be mailed to you or deposited in your bank account eventually, but it’s not wise to put in your budget the appearance of a stimulus check any time soon.

That’s because, again, not everybody received the first one.

“They have to do distribution better next time, though I’m not holding my breath,” Santangelo says.

But logic would suggest that at some point in the near future you will be receiving a stimulus check. After all, the coronavirus is still raging, and the global economy can still be described as shaky, to put it mildly. Chapman also has logic that is hard to argue with: Politicians know that their jobs are on the line if they don’t help people keep their jobs.