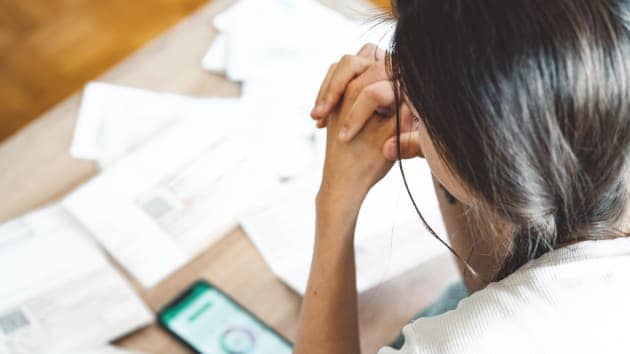 Regrets are a part of life.

Money regrets have a particularly sharp tang, though. It’s difficult not to look back and calculate just what that past misstep is costing you now.

Nadia Malik, 36, a personal finance blogger in Dallas, wishes she’d saved more in her early 20s. “I had already been working along [going to school] but was not saving anything,” she said. Recalling her life at that time, living with her new husband in a studio apartment, she says a cash cushion would have made it possible for them to buy a spacious condo or a small house.

It could be that, for most of us, spending freely without any thought for the future is a hallmark of life in our 20s.

This is as common as Friday night pizza. The thing to keep in mind is that people can feel very differently about those decisions a few years later. When it came to rating the fallout of their earlier financial actions, most millennials queried in a study by CollegeFinance.com called them serious.

Blame it on the newfound freedom college students experience: Of the more than 1,000 people polled in April, 47% of millennials didn’t use any sort of budget in college, and 43% accrued credit card debt while they were still in school.

Worries over Covid-19 and finances are making life tougher, especially for younger generations, according to a study from MetLife. Gen Z and millennials are likelier to struggle with work and short-term financial implications than their older counterparts, MetLife found.

About two-thirds of Gen Z members say general decisions about life are making them feel anxious amid the pandemic, the study found. That’s more tension than millennials expressed, at 52%. Gen X is a bit more relaxed, at 41%, and only a quarter of boomers said decision-making sparks anxiety.

In other words, it’s a great time to learn a few financial basics.

In your 20s, you can start setting a solid foundation. That way, you won’t smack yourself in the head in your 30s.

And don’t forget to give back, says Chris Kampitsis, a certified financial planner at the Barnum Financial Group in Elmsford, New York.

“Share the wisdom of what you learned and the mistakes that you made,” Kampitsis said.

Many millennials wish they’d done a few things differently — and they hope Gen Z will get the message and avoid some of the same common money mistakes.

It took a close friend asking Alcin about her net worth in 2016 to spur her into action.

“I didn’t want to say the number,” she said. “He told me his number — he was just being open and vulnerable about mistakes he’d made.”

That openness encouraged Alcin to think she could progress financially. She started with simple things she could control. “Like paying off your credit cards every month, not living over your means,” she said. “I started taking personal finance seriously.”

She is now struck by how little she knew in her 20s. “I wish I would have known sooner,” she said. “About savings, credit cards, how to balance a checkbook.” She regrets not starting a Roth individual retirement account when she had her first job after high school.

The way to save for retirement is to start as early as possible. “Close your eyes, contribute to your 401(k) and never look back,” Kampitsis said. “We give this advice so often because the power of time added in to compounding interest is just that powerful.”

“Understand what you want and how you’ll get there,” said Denis Trufin, 30, who blogs about personal finance.

Trufin spent his entire first paycheck on a music player at age 17. “I quickly realized that was not how I wanted to live my life,” he said. “After spending all that money, I did the opposite with my next paycheck and put it all in a bank account so I could buy a car.”

When he’d amassed enough to buy a car, he figured out that, if he paid more than the minimum, he’d be able to ditch the loan sooner. Watching his savings mount motivated Trufin to start saving for a home.

Setting a small, manageable goal is a great way to build this skill. “Make a game out of saving,” Kampitsis said, “and a deadline to achieve it by. Saving gets addicting as you see the numbers start to grow.”

Malik can see now that decisions made in your 20s can follow you for years.

She’d love to tell younger people how their future finances can look if they start stashing some of that “party money” from each paycheck.

One way to manage spending: Create a checking account for clothes, social activities, vacations and weekend adventures, Kampitsis says. “Don’t use a credit card for these purchases — it’s simply crazy to pay high interest rates for years and years on that round of drinks you bought way back when.”