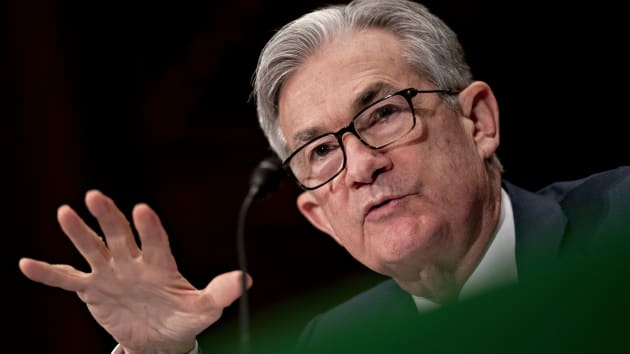 The transactions disclosed Sunday are the first individual company bond purchases made by the Fed under new programs set up to nurse the economy through the coronavirus pandemic. The Fed also added $5.3 billion in 16 corporate bond exchange-traded funds, including a newly added sixth high-yield fund.

The initial round of purchases included some 86 issuers, about half of them contractually settled as of June 18 and some still underway, all bought on the secondary market.

That is a small slice of the more than 790 issuers whose bonds the Fed has said in a separate release were eligible for purchase.

But it was still its first foray into corporate bond purchases that spread broadly across the economy, touching firms like Gilead Sciences that are involved in developing treatments for the Covid-19 disease caused by the novel coronavirus, as well as major automakers. That included Ford Motor, whose credit was downgraded to junk status after the Fed announced its intent to buy corporate debt.

Both the Bank of Japan and the European Central Bank have programs to buy individual corporate bonds, but the Fed only added that to its arsenal in light of the Depression level risks posed by the pandemic. The aim is to ensure companies can continue to finance themselves, and not be forced out of business due to problems raising cash during a pandemic. The program is backed by investment capital from the U.S. Treasury to absorb any losses should corporations default.

The largest purchases were of bonds issued by AT&T and the UnitedHealth, with the Fed buying around $16.4 million of bonds from each.

Issuers in the energy industry accounted for about 8.45% of the bonds purchased, about a percentage point less than their representation in a broad market index that the Fed says its purchases are intended to track over time.

The Fed’s bond purchases and other emergency programs will be scrutinized by lawmakers at a Tuesday hearing before the House Financial Services committee with Fed chair Jerome Powell. Questions may focus on the individual bonds purchased, but also on the fact that support for the bond markets used by major firms is now up and running and getting billions of Fed support, while the Fed’s Main Street Lending Program for smaller companies has yet to make a loan.

The central bank’s programs overall have so far seen modest use. The central bank’s overall balance sheet has declined for the past two weeks, falling to $7.08 trillion more recently as foreign governments made less use of Fed dollar swap lines.