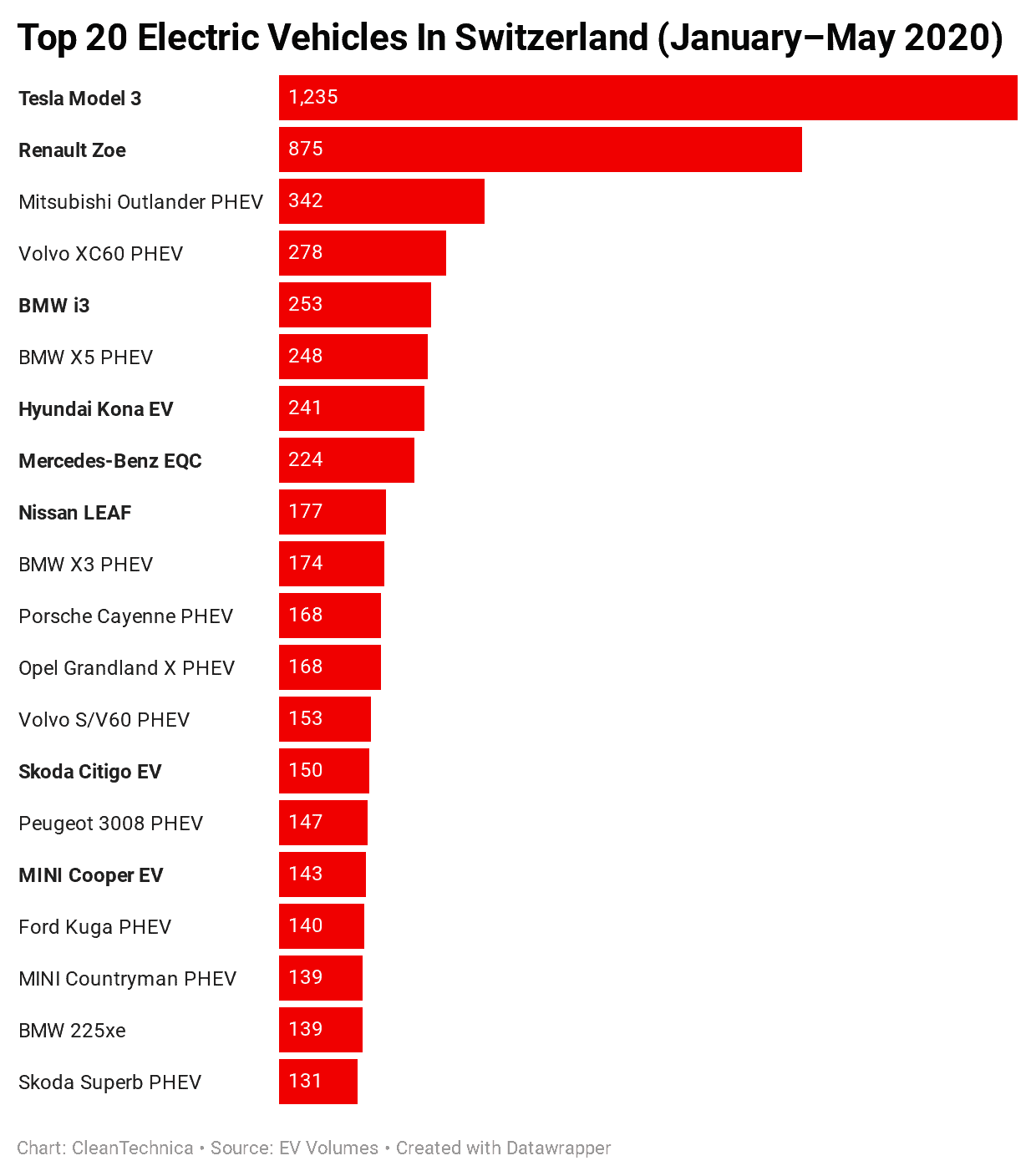 The Swiss electric vehicle market has risen to nearly 10% share of the overall Swiss auto market (9.7%), which is up from 5.5% in the same period of 2019, according to EV Volumes. The EV market’s growth rate was 20% in the first 5 months of the year, while the overall auto market was down 39%.

The clear leader in the EV market, after being #1 in the overall auto market last year, is still the Tesla Model 3. It has 16% plug-in vehicle market share, compared to 11% for the ever popular Renault Zoe and then a steep drop to 4% each for two plug-in hybrids, the Mitsubishi Outlander PHEV and Volvo XC60 PHEV.

Being a rather rich market, it’s unsurprising to see that BMW, Volvo, and Porsche do quite well. Probably the most surprising for me was seeing the Ford Kuga PHEV ranking so highly after a recent arrival. Ford isn’t a particularly popular brand in Europe, and I wouldn’t expect this model to be a big hit in Switzerland. We’ll see how the Ford Mustang Mach-E does when (if) it arrives! (Note that José Pontes of EV Volumes — and CleanTechnica — has been preluding a potentially strong showing for the Mustang Mach-E for a while now because of this.)

Among premium vehicles not listed, José makes an interesting observation: “the Model X (126 units) is ahead of the Audi e-Tron (102), this being one of the few markets where the Tesla is ahead of the Audi, but has to keep an eye on the rising Porsche Taycan (120).”

Here are the sales charts from above with “Others” (all other plug-in vehicles combined) added: