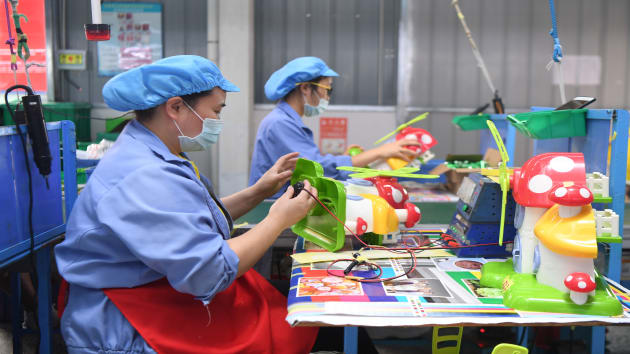 A private survey showed manufacturing activity in China expanded for the month of May.

The Caixin/Markit Manufacturing Purchasing Manager’s Index came in at 50.7 for May. PMI readings above 50 indicate expansion, while those below that level signal contraction.

Analysts polled by Reuters had expected the May PMI number to come in at 49.6 compared to the April reading of 49.4.

Data suggested that production recovered faster than demand, and the rate of expansion for output was at its fastest since January 2011. Meanwhile, demand was subdued with total new work falling in May.

“May data signalled a further increase in output following February’s record decline, with firms widely mentioning the resumption of works due to an easing of COVID-19 related measures,” said Caixin and IHS Markit said in a joint statement.

“Data indicated that the fall was largely driven by weaker external demand, as many nations faced strict measures to stop the spread of the pandemic including company closures, leading new export orders to contract at a historically sharp rate,” said Caixin and IHS Markit.

On Sunday, China posted the official manufacturing Purchasing Manager’s Index which came in at 50.6, according to the National Bureau of Statistics. This was compared to 50.8 in April.

The Caixin/Markit survey features a bigger mix of small- and medium-sized firms. In comparison, the official PMI survey typically polls a large proportion of big businesses and state-owned companies.

It’s not just external demand that is dragging on China’s economy.

Studying both official and private PMI data released in the last two days, economists Julian Evans-Pritchard and Martin Rasmussen noted that there were only modest gains for employment in the manufacturing and services sectors that fell “far short of reversing the jump in lay-offs during the outbreak.” Jobs in these sectors make up the lion’s share of the job market.

“Overall, we think labour market conditions remain weak and will hold back the recovery in consumer spending,” they said.