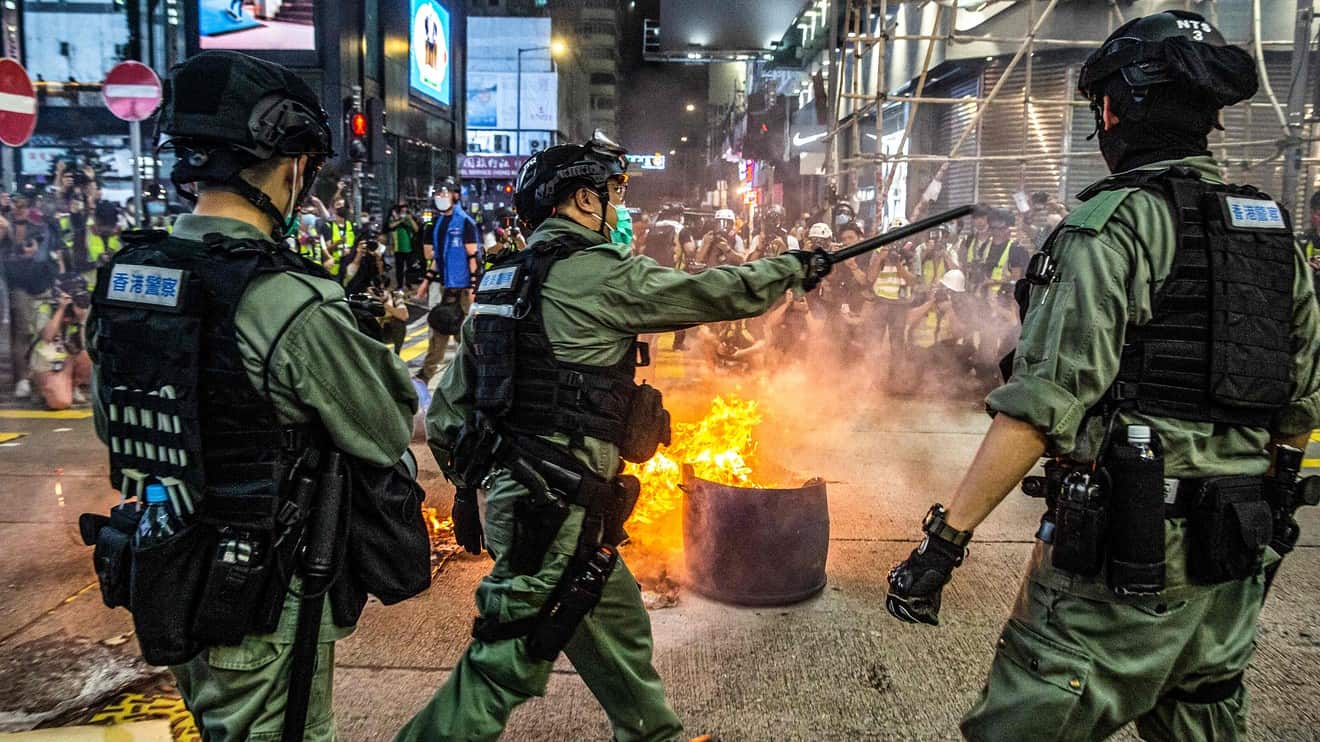 President Trump’s forceful anti-China speech Friday was the latest volley in a deepening conflict between the U.S. and China that have brought relations to possibly the lowest point since the normalization in 1979 and could serve as a prelude to Sino-American disputes taking center stage for markets once again, investors and analysts say.

The president endorsed legislation in Congress that could bar Chinese companies from raising money in public U.S. markets, would sanction Chinese officials involved in a crackdown on ethnic minorities in its Xinjiang region, and said that his administration “would being the process of eliminating policy exemptions” that treat Hong Kong differently from mainland China.

In stark contrast to dynamics in 2019 when equity prices would often move sharply on mere rumors about U.S.-China trade relations, markets on Friday barely registered these developments, suggesting that investors are preoccupied with the unique circumstances surrounding the coronavirus pandemic and prospects for economic recovery boosted by government and central bank financial rescue plans.

“Most risk assets are being driven by stimulus only,” Jeroen Blokland, multi-asset portfolio manager at Robeco told MarketWatch, pointing to the recent proposal of a €750 billion fiscal stimulus proposal by the European Commission, on top of the roughly $3 trillion relief package approved by U.S. lawmakers in the past two months — with indications that there will be more to come. “As long as this continues, there seems to be little to stop markets from going up.”

Some of those gains were notched in the past week, even as China’s National People’s Congress passed legislation that could greatly curtail democratic freedoms in Hong Kong, and the U.S. State Department declared the special administrative region “no longer autonomous”, potentially setting the stage for higher tariffs on Hong Kong imports and complicating business for hundreds of U.S. companies with regional headquarters there.

Another reason financial markets are taking these events in stride is that “so far the tensions between the U.S. and China are largely geopolitical and they’re less economic or trade related,” said Michael Arone, chief investment strategist for State Street Global Advisors.

Indeed, White House economic advisor, Larry Kudlow, told Fox News last week that while the president was “miffed” with Beijing, the trade deal reached between Washington and Beijing in January remains intact and the president made no mention of it in his speech on Friday.

However, one market where tensions are manifest is foreign exchange, as the Chinese yuan has hit is cheapest level relative to the U.S. dollar since the Sino-American trade conflict reached its most intense in September of 2019.

While China manages its currency, it does so based in part on market signals and in part on “signals it wants to send,” according to Robin Brooks, chief economist at the Institute of International Finance. There are two important Chinese yuan exchange rates: the market for offshore yuan and the “fix” wherein Chinese policy makers dictate a U.S. dollar-exchange rate and allow it to float within 2% of that number.

“The fix has been weakening and is basically at an all-time high,” Brooks said. “The move looks like a signal that these mounting tensions with the United States are bad news economically and the yuan is weakening in response.”

The danger is that weakness in China’s currency may foreshadow a weakening global economy and global financial market instability, including a fall in the U.S. stock market, Brooks said, noting that previous episodes of yuan weakening have been accompanied by weaker global growth and market volatility, most recently in 2015.

“Any sustained move weaker in the yuan would really be something that would upset markets, upset emerging markets and the S&P 500,” he added.

It may just take time for equity market investors to wake up to what foreign exchange markets are indicating, said Boris Schlossberg, managing director of FX strategy at BK Asset Management. “Eventually as the post lock-down stimulus wears off, the market is going to focus on actual growth and fundamentals, and that’s when U.S.-China tensions come in,” he said.

“It’s very clear that the U.S. and China are at irreconcilable loggerheads” on issues ranging from intellectual property, sovereignty in the South China Sea, and control over advanced information technology, he added. “The market’s attitude is that it’s just words, they wouldn’t be so stupid as to sabotage the global economy over seemingly political points, but that’s a naive point of view.”

Markets will therefore eventually start paying closer attention to the relationship, especially as the Trump administration gets more specific in terms of sanctions against Chinese officials and companies and changes to the U.S. relationship with Hong Kong.

In the immediate week ahead, markets may continue to focus more on the economic impact of the coronavirus pandemic though, with readings on the U.S. manufacturing and services sectors for the month of May due on Monday and Thursday, respectively, from the Institution of Supply Management.

Other U.S. data economic data on tap include numbers on April construction spending Monday, factory orders on Thursday, and figures on new claims for unemployment due on Thursday. The closely watched monthly non-farm payrolls and unemployment report due Friday will also give investors a snapshot of the degree to which the labor market has rebounded in May.

A handful of companies will report earnings in the coming week, including Dow component Nike Inc. NKE, +0.37%, and Broadcom Inc. AVGO, +2.87% on Thursday and Zoom Video Communications Inc. ZM, +9.74% on Monday.