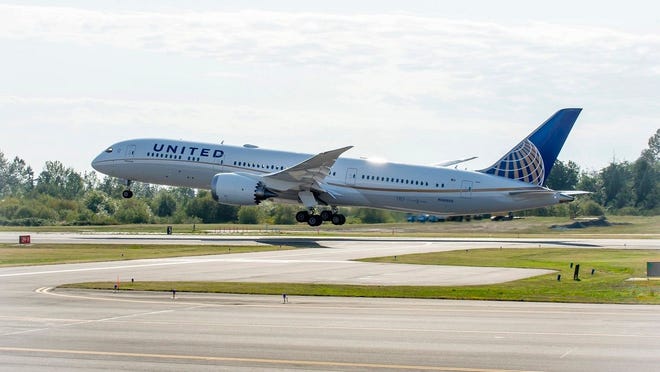 United Airlines will cut 13 of its 67 senior-executive positions, the company said Friday.

Eight of its executives will leave Oct. 1 and five openings will not be filled.

The moves are part of United’s plan to cut management and support staff by at least 30% in October, the earliest it can do so under terms of $5 billion in federal aid it is getting to help cover payroll cost, according to the Associated Press.

United Airlines President Scott Kirby has issued bleak outlook after bleak outlook since the coronavirus crisis began hitting U.S. airlines in late February, noting each time that he was laying out a worst-case scenario.

The bleakest arrived this month during the airline’s quarterly earnings conference call.

Kirby said travel demand is essentially “zero,” and the airline is bracing for that to be the case for the rest of the year and into 2021. United has 93,000 employees.

And United isn’t the only airline to announce cuts to its administrative staff.

Airlines have suffered major losses since travel screeched to a near halt as the coronavirus pandemic spread across the globe, infecting nearly 6 million people and killing more than 366,000, according to Johns Hopkins data. Airlines executives say it could take years for air travel to recover.

American Airlines also made the call to cut its management and support staff by about 30%, according to an internal letter from Elise Eberwein, executive vice president of people and communication, obtained by USA TODAY.

Though the company’s pre-pandemic liquidity, assistance from the government bailout and cash raised provide some stability, the American Airlines letter said the company needs to make cuts where its “most significant expense” occurs: in compensation and benefits.