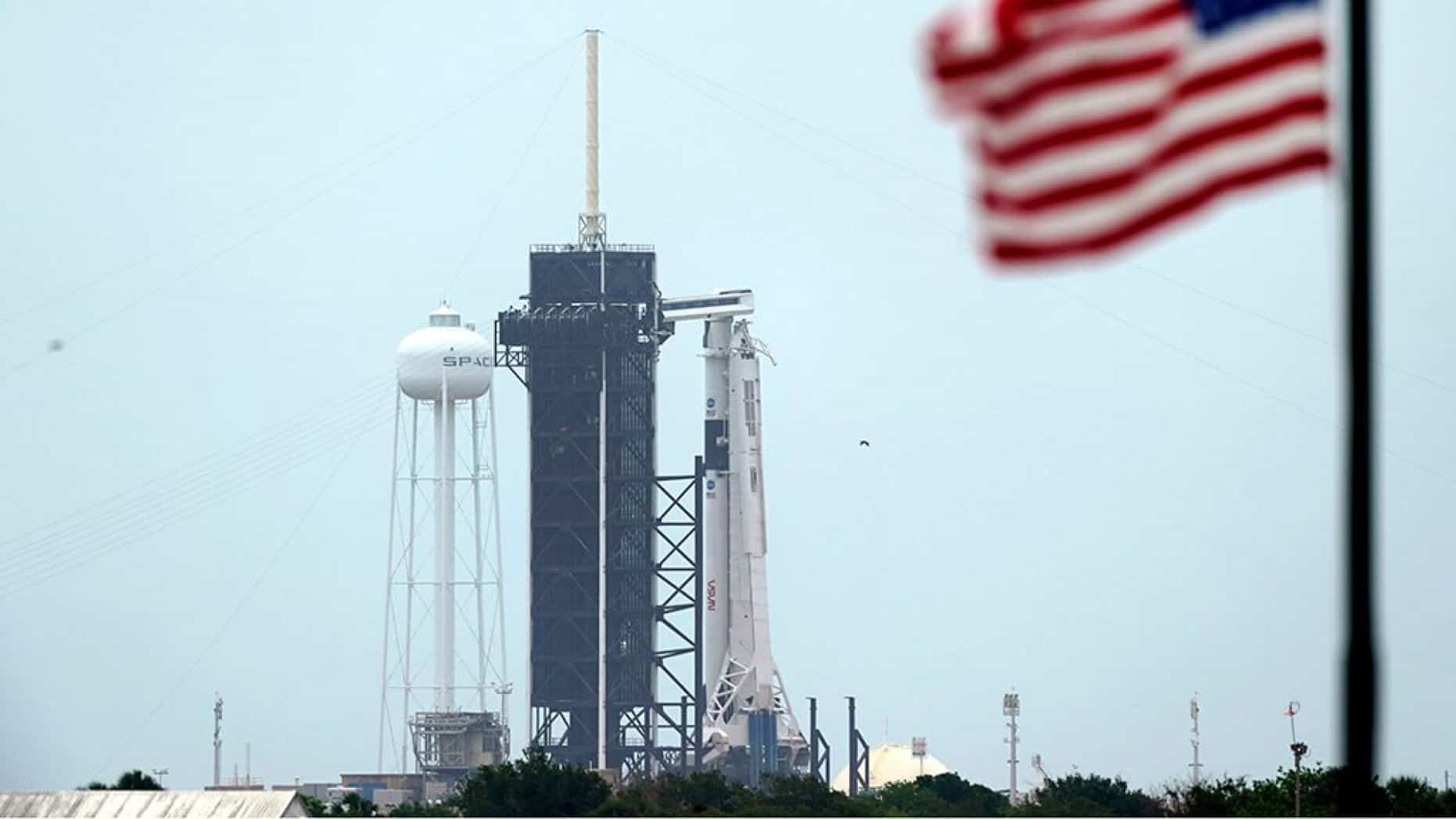 A SpaceX rocket is scheduled to blast off Wednesday afternoon from Kennedy Space Center, carrying a Dragon capsule with NASA astronauts Doug Hurley and Bob Behnken to the International Space Station. It will be the first time astronauts launch from Florida in nine years and a first for a private company.

The manager of NASA’s commercial crew program, Kathy Lueders, said everything was progressing well — at least on the ground.

“Now the only thing we need to do is figure out how to control the weather,” she said Monday evening as rain continued to drench the area. “We’re continuing to be vigilant and careful and make sure we do this right.”

Forecasters put the odds of acceptable launch weather at 40%. But that doesn’t include the conditions all the way up the U.S. and Canadian coasts and across the sea to Ireland — a complicated mix of measurements unique to the Dragon crew capsule.

The Dragon’s emergency escape system can kick in, if necessary, all the way to orbit. If that happens, the capsule will need relatively calm wind and seas in which to splash down.

SpaceX will have at least two recovery ships deployed off Florida, and NASA will have two military cargo planes ready to take off. Additional planes will be stationed in New York and England to assist with a potential water rescue, according to Lueders.

Hans Koenigsmann, a vice president for SpaceX, said the launch control team will incorporate global weather patterns and models to determine whether it’s safe to launch.

“If the weather gods are working with us,” he said, liftoff will occur at 4:33 p.m. SpaceX has a split-second launch window.

The good news is that the tropical weather headed toward Cape Canaveral should be gone in a couple days, with conditions also improving up the Eastern Seaboard later in the week.

If SpaceX doesn’t launch Wednesday, its next attempt would be Saturday.