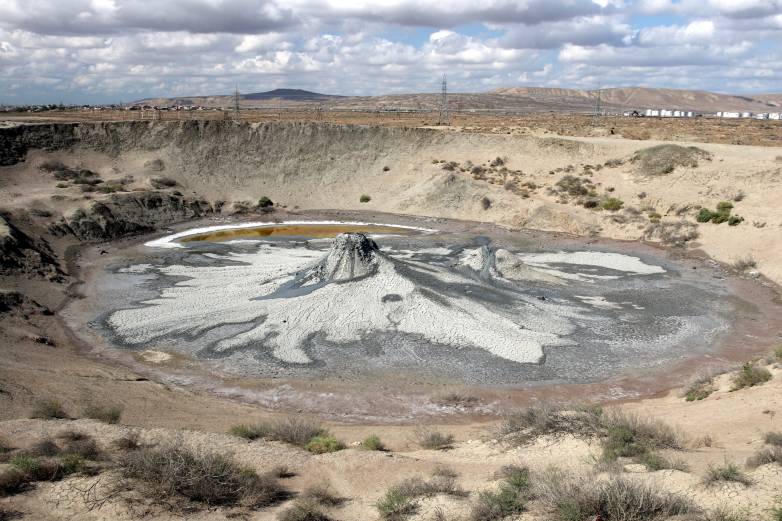 You don’t have to be a space science fan to realize that Mars is everyone’s obsession right now. Both NASA and the ESA are poised to send missions to the Red Planet (though the ESA will now be waiting until 2022 to do so), and scientists are studying every aspect of the planet’s geology, climate, and even how often it shakes.

One of the more interesting observations that captured the imaginations of Mars researchers is what appears to be lava flows on the surface. The shape of these landforms makes them look a lot like cooled lava which oozed out of the surface long ago, but an international team of researchers now has a different explanation, and it might be even more interesting than flowing lava.

In a new paper published in Nature Geoscience, researchers explain that it’s not lava erupting out of the ground and flowing slowly along the surface, but mud. Yep, mud.

“Large outflow channels on ancient terrains of Mars have been interpreted as the products of catastrophic flood events,” the researchers explain. “The rapid burial of water-rich sediments after such flooding could have led to sedimentary volcanism, in which mixtures of sediment and water (mud) erupt to the surface. Tens of thousands of volcano-like landforms populate the northern lowlands and other local sedimentary depocentres on Mars.”

Proving that the tiny “volcanoes” are mud and not ancient liquid rock isn’t easy, but the scientists conducted experiments to determine whether or not it was possible for such mudflows to happen on the chilly Martian surface. On Earth, flowing mud just runs along and slowly dries, but on Mars it actually freezes, and that causes it to behave a lot differently.

“We found that low viscosity mud under Martian conditions propagates differently from that on Earth, because of a rapid freezing and the formation of an icy crust,” the scientists explain. “Instead, the experimental mud flows propagate like terrestrial pahoehoe lava flows, with liquid mud spilling from ruptures in the frozen crust, and then refreezing to form a new flow lobe. We suggest that mud volcanism can explain the formation of some lava-like flow morphologies on Mars, and that similar processes may apply to cryovolcanic extrusions on icy bodies in the Solar System.”

It’s an incredibly interesting theory, and it makes a lot of sense on a place like Mars. We know Mars has ice and water, at least at certain times of the year, and frozen mud extrusions could easily explain the features we now see on the surface.