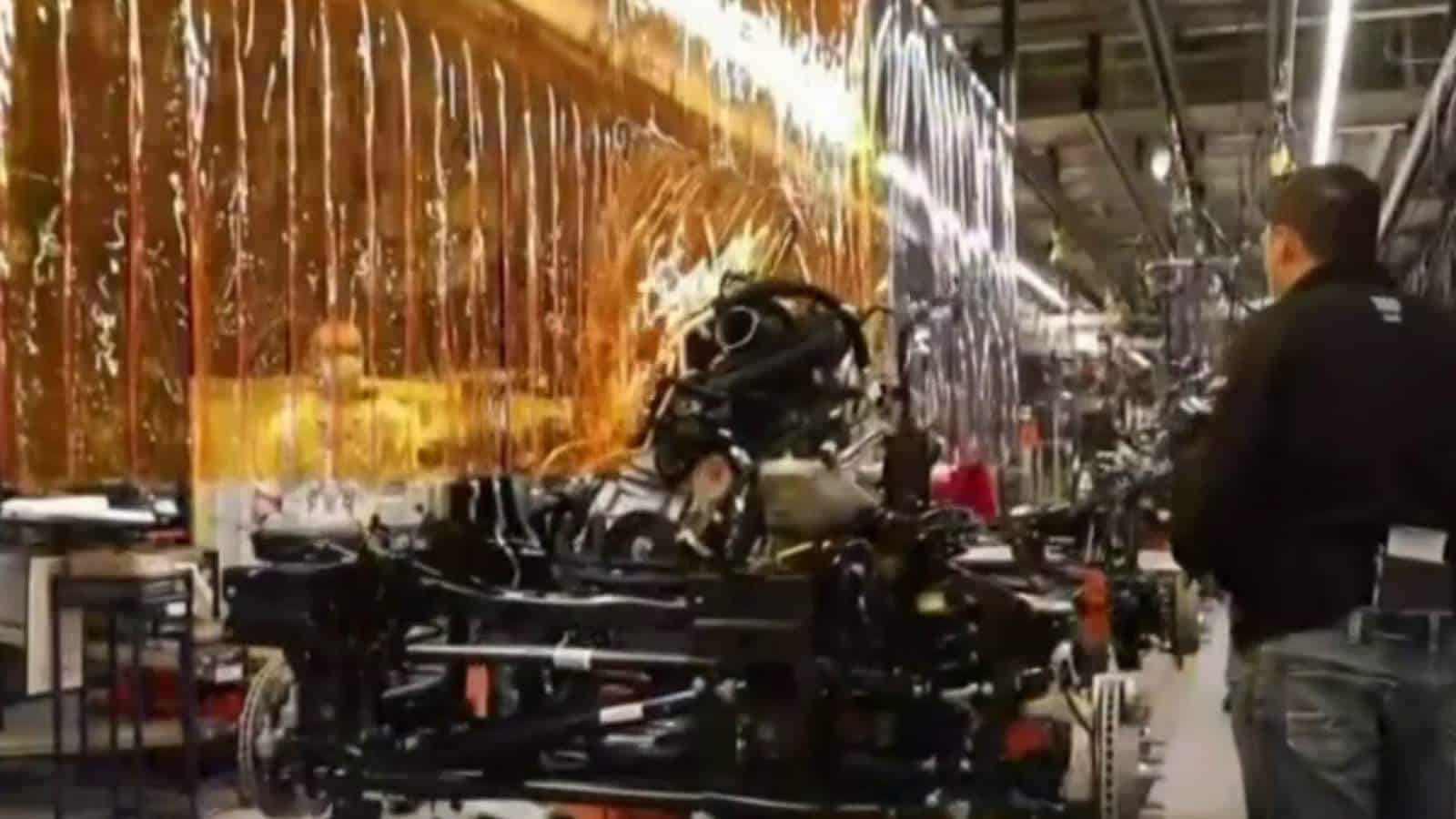 Thousands of Metro Detroit autoworkers were back on the job Monday as Ford, General Motors and Fiat Chrysler assembly plants started rolling again.

Plants reopened with strict safety measures in place to prevent the spread of the coronavirus (COVID-19). There are also fewer people in the plants.

Monday’s reopening went about as smoothly as the companies could have hoped after being shut down for almost two months. The plants opened and everything slowed down, but in the end, there weren’t many complaints.

Entries and exits were the major concern. At the Warren Truck Assembly Plant, UAW line workers were pleasantly surprised.

“They had actual thermometers in the ceiling, the top of the ceiling, so when you walked through, it could take your temperature” Kenyatta Covington, of UAW Local 140, said. “All the safety measures were awesome.”

Workers clocked in at 5 a.m. and left at 1 p.m. Dennis Donald, of UAW Local 140, said his colleagues were respectful and the company did a lot of cleaning.

“In my area, it was about the same — I mean, a lot slower,” Donald said. “We might have done like 100 trucks. Usually, we do 400. So it’s real slow right now. Now, the masks, the safety glasses — everyone has to wear them. I agree with that. Other than that, it was pretty much the same.”

“It’s a learning curve, it’s different,” said Lamont Williams, of UAW Local 600. “We’ve got a lot of new safety precautions in place. The mask is difficult to wear. It fogs your glasses up, but we’re going to be alright.”

“It was safe,” said Moses Brooks, of UAW Local 600. “A little hectic, though, for the first day. Very hectic.”

Arnett Weatherspoon, of UAW Local 140, said the first day went smoothly at the Warren Truck Plant, but he still has concerns.

“I just feel we shouldn’t be here working with the virus still out there, but it is what it is,” Weatherspoon said.

In all, 50 plants opened Monday. All the companies said Monday was a success. The second shift workers at the Ford F-150 plant were also in line getting ready for their shift.

General Motors brought in the first shift this week and will bring in the second shift next week.

Dundee Engine, Flat Rock and Lansing Grand River are set to open on May 26. The plants in Canada are expected to open Tuesday.