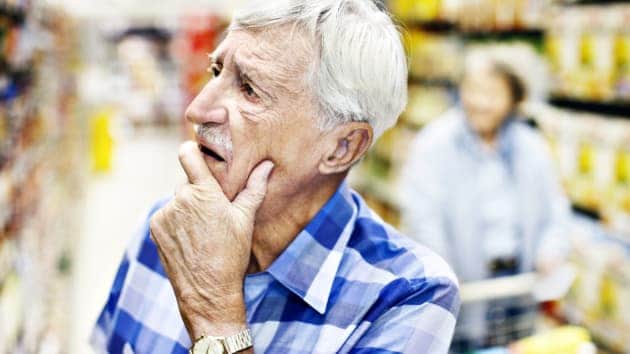 Retirees who feel their Social Security benefits aren’t stretching as far as they used to aren’t imagining it.

Retiree costs are going up at a rapid clip, and Social Security cost-of-living adjustments are not keeping up with those growing expenses, according to a recent report from The Senior Citizens League, a nonpartisan senior advocacy group.

The group also predicts that the Social Security cost-of-living adjustment, or COLA, for 2021 could be zero.

That’s based on data from the Bureau of Labor Statistics’ Consumer Price Index through April. That index is used to calculate the annual Social Security COLA.

The official COLA is announced every year in October, so the current prediction could change by then.

One big item that’s flattening the current COLA estimate for next year: a plunge in oil prices, according to The Senior Citizens League.

A lack of any increase at all would come at a time when seniors are already feeling squeezed financially.

The Senior Citizens League found that Social Security benefits have lost 30% of their buying power since 2000.

Rising health-care costs, including Medicare premiums and prescription drug costs, represented some of the biggest increases for retirees.

Home expenses including homeowners’ insurance, heating and real estate taxes are also taking a bigger bite out of seniors’ budgets.

Meanwhile, the economic toll of the coronavirus pandemic could hit Social Security’s trust funds, with fewer workers contributing to the system via payroll taxes because they are out of work. Others may choose to claim retirement benefits earlier than they had planned.

At the same time, President Donald Trump has implemented a payroll tax holiday for employers through the end of the year. The president has also advocated for workers to also get a break on those levies. Critics say that could further hurt Social Security funding which relies on those taxes as well as its role as a financial lifeline for many Americans.

Social Security’s trust funds are currently projected to run out in 2035, at which point 79% of promised benefits will be payable.