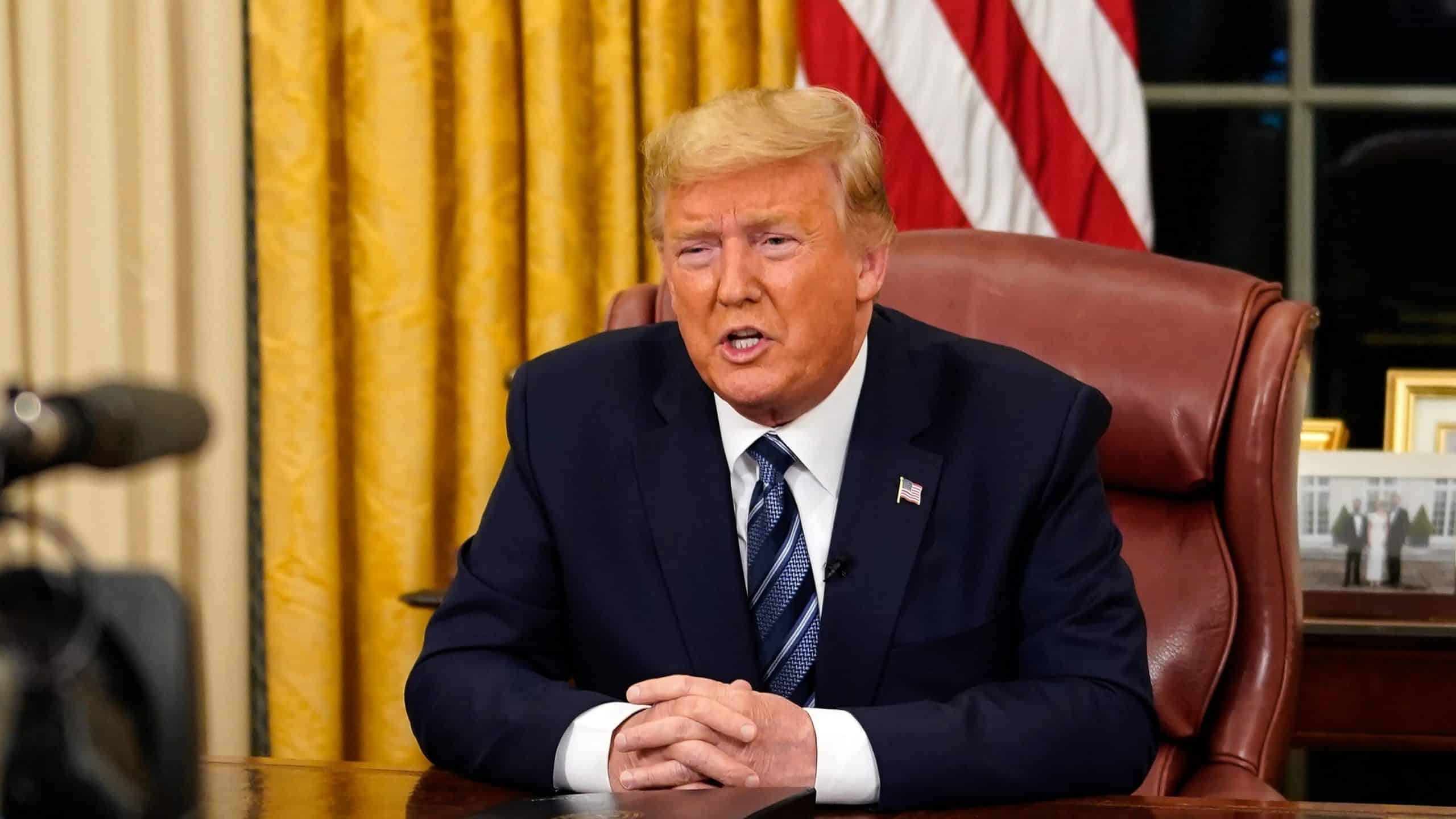 The Senate’s failure to agree to a $1.8 trillion economic stimulus package has shaken financial markets. At one point on Monday, the Dow Jones Industrial Average declined more than 800 points, before ultimately closing about 582 points lower since Friday. Meanwhile, the S&P 500 dropped more than 67 points, or nearly 3%, and the Nasdaq composite index declined slightly, by almost 19 points.

Last week, the Dow plummeted nearly 3,000 points (its largest point drop in history) and eventually fell below the 20,000 threshold, erasing nearly all of the gains made during the Trump presidency. The New York Stock Exchange also announced it would temporarily close its trading floors and move to electronic trading starting this Monday.

Thursday, March 19th: The Dow rises slightly above the 20,000 threshold, which it had fallen below on Wednesday. The S&P 500 inches up more than 11 points and the Nasdaq Composite Index increases more than 160 points.

The Labor Department releases a report revealing how many unemployment claims, spurred by the COVID-19 crisis, were filed for the week of March 14. There were 281,000 new claims, the highest level for initial claims since Sept. 2, 2017.

Wednesday, March 18th: The Dow falls below 20,000, erasing nearly all of the gains made during the Trump presidency.

The New York Stock Exchange announces it will temporarily close its trading floors and move to electronic trading. It states that the decision “represents a precautionary step to protect the health and well-being of employees and the floor community in response to COVID-19.”

Tuesday, March 17th: After its biggest point drop in history Monday, the Dow Jones closes 1,000 points higher. The S&P 500 rises more than 143 points (or 6%), and the Nasdaq composite index increases by more than 430 points.

The rebound comes after the Trump administration proposes a $1 trillion package of measures designed to assist American workers and companies. Under the plan, Americans will get a 90-day tax deadline extension and receive a direct check from the government.

President Trump holds a press conference on Monday, acknowledging the U.S. “may be” headed toward a recession. The Fed had slashed its benchmark interest rate to zero on Sunday, a move it hasn’t made since the 2008 financial crisis,  in response to the coronavirus. It also announces it will buy $700 billion in Treasury and mortgage bonds.

During an afternoon press conference addressing COVID-19, President Donald Trump declares the outbreak of the virus a national emergency, which he says will free up to $50 billion in funding.

Thursday, March 12th: Stocks decline even further on Thursday, after President Donald Trump had announced a 30-day travel ban between Europe and the U.S. on Wednesday. The S&P 500 drops 7% after Thursday’s opening bell, which triggers a circuit breaker that temporarily halts trading.

Wednesday, March 11th: Tuesday’s rebound is short-lived as the major stock indices end up plummeting. The Dow falls 20% from its record high of 29,551.42 points in February, to 23,550 at closing, which pushes it into bear market territory and ends an 11-year bull market.

In an address on Wednesday night, Trump announced a ban on all travel from Europe to the U.S. and restrictions on trade between the two regions. However, Trump later tweeted that trade would not be halted, and his administration clarified that the ban would not apply to legal permanent residents and immediate family members of U.S. citizens. There are also several countries in Europe excluded from the ban, like the U.K., Bulgaria and Romania.

The major headlines: The WHO officially declares COVID-19 a pandemic; the NBA says it’s suspending the rest of the season after a Utah Jazz player tests positive for COVID-19; Tom Hanks and Rita Wilson also announce they’ve tested positive; and President Trump announces a 30-day ban on all travel from Europe to the U.S.

Tuesday, March 10th: After a day of historic declines, the major stock indices close higher. The Dow gains nearly 1,200 points, while the S&P 500 rises more than 135 points, and the Nasdaq Composite Index rises more than 393 points.

These increases come as the Trump administration considers a fiscal stimulus package that would include the expansion of paid sick leave and a temporary payroll tax (a proposal that has divided Trump and some of his aides).

Monday, March 9th: Global stocks plummet on Monday due to fears surrounding the new coronavirus and falling oil prices, which saw the biggest one-day drop since the 1991 Gulf War.

Brent crude falls 31%, while the Dow had drops more than 2,000 points at closing — its largest decline since the 2008 financial crisis. The S&P 500 also plunges more than 7% on Monday morning, triggering a “circuit breaker” that temporarily halts trading.