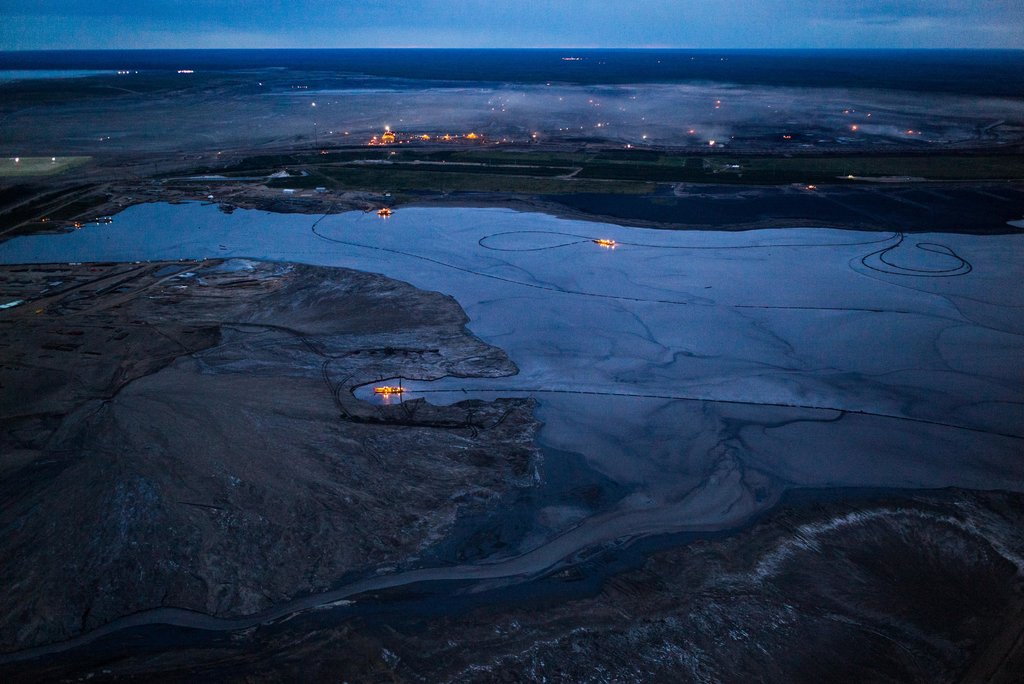 A major effort to expand development of Canada’s oil sands has collapsed shortly before a deadline for government approval, undone by investor concerns over oil’s future and the political fault lines between economic and environmental priorities.

Nine years in the planning, the project would have increased Canada’s oil production by roughly 5 percent. But it would have also slashed through 24,000 acres of boreal forest and released millions of tons of climate-warming carbon dioxide every year.

Some Canadian oil executives had predicted that Prime Minister Justin Trudeau and his cabinet would approve the project by a regulatory deadline this week, though with burdensome conditions. But in a letter released Sunday night, the Vancouver-based developer, Teck Resources, declared that “there is no constructive path forward.”

The unexpected withdrawal relieves Mr. Trudeau of a choice that was sure to anger environmentalists or energy interests, if not both.

Conservatives were quick to blame Mr. Trudeau for the loss of a project that they said would have created thousands of jobs and given an economic lift to the western province of Alberta, the hub of Canada’s energy industry, which has suffered from low oil prices over the last five years. They suggested that the government felt pressure from weeks of protests by Indigenous groups opposing a natural gas pipeline, even though some Indigenous groups supported the Alberta project, known as the Frontier mine.

“It is what happens when governments lack the courage to defend the interests of Canadians in the face of a militant minority,” Alberta’s premier, Jason Kenney, said in a statement.

The chief executive of Teck Resources, Don Lindsay, said in a letter to federal officials that global capital markets, investors and consumers were looking to governments to put “a framework in place that reconciles resource development and climate change, in order to produce the cleanest products” — something that he said “does not yet exist here.”

While environmental concerns were part of government and company calculations, there was no guarantee that the Frontier project would have gone forward even if it gained final regulatory approval. Mr. Lindsay had said the company needed a deep-pocketed partner to help pay for the project, and higher oil prices.

Canada supplies nearly six million barrels of oil a day, making it the world’s No. 4 producer and the biggest source of American imports. The oil sands contribute over 60 percent of that output and are vital to the west’s economy. Canadian output continues to grow because of investments made when global supplies were tighter.

The oil sands are a watery mixture of sand and clay soaked with a dense, viscous form of petroleum known as bitumen. But in addition to being a fossil fuel, bitumen is difficult to extract and energy-intensive to process.

And when Teck Resources proposed the Frontier project, the energy world was very different. The American shale-drilling frenzy was in its infancy, and the Keystone XL pipeline was seemingly going to deliver the oil-sands output to the American market.

Now the United States has an abundance of relatively cheap oil, prodigious deposits are being tapped in Brazil, Norway and Guyana, and the Keystone project is still awaiting completion. Delays in pipeline approvals have prompted the Alberta government to mandate production cutbacks over the last two years to drain a glut of oil in storage.

Kevin Birn, a vice president and oil-sands expert at the consultancy IHS Markit, estimated that for a project like Frontier to break even, the price of West Texas intermediate oil, the North American benchmark, would need to average $65 a barrel over a decade or more of operations. That is roughly $15 above the current price, and other analysts put the break-even figure at $80 to $85.

But until Sunday night, despite a regulatory review that cost it hundreds of millions of dollars, Teck Resources refused to give up. The company argued that its project, at a cost of 20.6 billion Canadian dollars ($15.5 billion), would create 7,000 construction and 2,500 operational jobs and eventually generate more than 70 billion Canadian dollars in local and national government revenue.

Andrew Leach, a professor of energy economics at the University of Alberta, said some might read the project’s demise as a fatal blow to oil-sands development, but he interpreted Teck Resources’ decision as a pragmatic one.

“Teck was clear that it does not want a situation where one project has to answer for all of Canada’s climate policies and climate commitments,” he said. Moreover, he added, “global investors are not prepared to help a company the size of Teck to build a multibillion-dollar project. The global market was not prepared to be part of the political football.”

No new oil-sands mine has opened since 2018, but more than a dozen proposals are awaiting regulatory approval or investment decisions. Mr. Leach said some of those were economically and environmentally more viable than the Frontier project.

But resistance to new pipelines and high production costs have steadily reduced investments in oil-sands fields. There has been an exodus of international oil companies, including ConocoPhillips, Royal Dutch Shell and Equinor of Norway.

At the same time, there are questions about the market outlook. While world demand is roughly 100 million barrels a day, a figure that increases by 1 percent every year, the International Energy Agency projects that growth will begin to slow considerably in 2025. The agency says demand could fall to 67 million barrels a day in 2040, especially if governments increase regulation and electric cars become commonplace.

Reduced demand would focus production on places where it is cheapest, like Saudi Arabia.

“Companies like Teck are realizing that global capital markets are changing rapidly,” said Simon Dyer, executive director of the Pembina Institute, a leading Canadian environmental research organization. “There was never an economic pathway for this project under global demand scenarios consistent with the Paris climate agreement.”

A federal-provincial panel that reviewed the project, he said, “didn’t properly assess the climate impacts.” The national parks agency also raised concerns about the possible effect on a national park downstream that is a UNESCO world heritage site.

The Alberta Energy Regulator wrote in July that “there will be significant adverse project and cumulative effects on certain environmental components and Indigenous communities.” Nevertheless, it approved the project after finding it in the public interest.