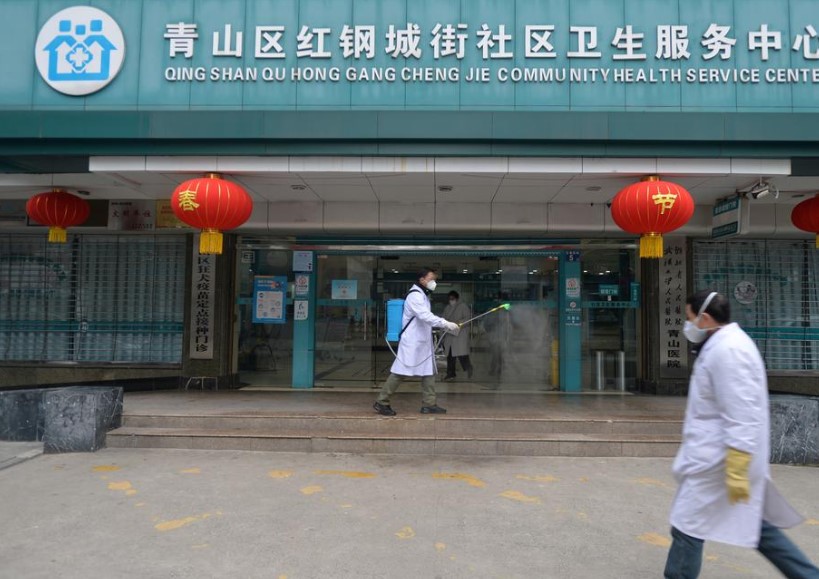 Here are the latest developments around the coronavirus outbreak:

– The Chinese capital Beijing on Friday imposed a 14-day self-quarantine on people returning to the city from holidays to prevent the spread of the new coronavirus, and threatened to punish those who failed to comply.

– A World Health Organization-led mission to China will start its outbreak investigation this weekend.

– In Hubei province, the epicenter of the outbreak, daily new cases jumped by 4,823, while number of new deaths rose by 116.

– Egypt confirmed on Friday its first coronavirus case and said the affected person was a foreigner who had been put into isolation in hospital.

– Japan confirmed its first death from the virus on Thursday. This is the third death outside mainland China — the Philippines and Hong Kong have reported a death each.

– Japan has vowed to step up testing and containment efforts. Total confirmed cases in the country rose to 33, with another 218 on the cruise ship quarantined at a port in Yokohama.

– The Philippines has lifted a travel ban that was imposed on visitors from Taiwan, and will evaluate other restrictions including those on Macau, government officials said on Friday.

– Vietnam is monitoring more than 5,000 Chinese workers who returned to the country after the Lunar New Year holiday for signs of coronavirus, state media reported on Friday. On Thursday, it also quarantined a rural commune of 10,000 people near Hanoi.

– Vietnam has denied two cruise ships permission to dock due to fears of coronavirus infections on board, Vietnamese state media and a cruise operator reported on Friday.

– Passengers on the cruise ship that spent two weeks at sea after being turned away by five countries over virus fears started disembarking in Cambodia. It docked in the port town of Sihanoukville on Thursday.

– Many cruises in Asia are being canceled while others currently sailing are being re-routed, skipping originally scheduled stops in China, Hong Kong and Singapore.

– Asian shares edged up on Friday, on course to post the second straight week of gains, helped by hopes governments will make provisions to soften the impact on their economies from the coronavirus epidemic. [MKTS/GLOB]

– China’s economy will grow at its slowest rate in the current quarter since the financial crisis, a Reuters poll showed.

– The epidemic could shave up to 0.2 percentage points off Japan’s economic growth this year, another Reuters poll showed.

– Pakistan’s Special Assistant to the Prime Minister on Health confirmed that four Pakistani students that had developed coronavirus disease in China were fully recovered now.

– Pangang (000629.SZ), one of China’s top titanium producers, halted production at its unit in Chongqing after members of staff were found to be infected with the new coronavirus.

– Shell (RDSa.L) said on Friday it had sent some staff home from its main Singapore office after it identified an employee who had been in contact with a coronavirus case.

– KLM, the Dutch arm of Air France KLM (AIRF.PA), offered a public apology on Friday after a crew member sparked online outrage by posting a sign in Korean saying passengers on a recent flight were not allowed to use a toilet because of the coronavirus.