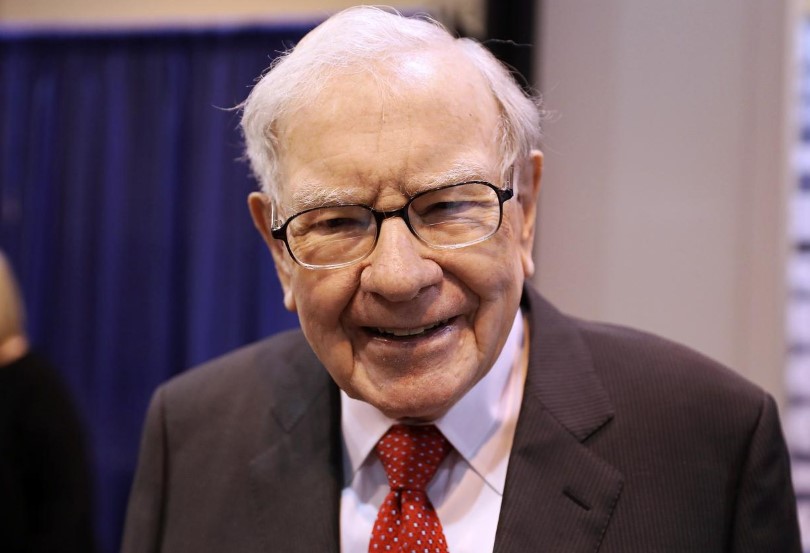 In a regulatory filing detailing its U.S.-listed investments as of Dec. 31, Berkshire also said it took a new 648,000 share stake in drugmaker Biogen Inc worth $192.4 million, and significantly reduced its stakes in two major banks, Wells Fargo & Co and Goldman Sachs Group Inc.

Berkshire has sold more than 86 million shares, or 21%, of its Wells Fargo stake since June 30, as the bank tries to restore its reputation following scandals over its mistreatment of customers.

Since the scandals began erupting in September 2016, the Standard & Poor’s 500 has risen 55%, while Wells Fargo is down 3%. Berkshire began investing in Wells Fargo in 1989.

Kroger shares rose 3.9% and Biogen rose 1.5% in after-hours trading, a sign of investors’ regard for Buffett and the Omaha, Nebraska-based conglomerate he has run since 1965.

Friday’s filing does not say who bought or sold particular stocks, though Buffett normally directs big investments such as Wells Fargo and Apple Inc, Berkshire’s largest.

Buffett’s assistant, along with Kroger and Biogen, did not immediately respond to requests for comment.

Kroger, in which Berkshire disclosed an 18.94 million share stake, has invested heavily to expand online, upgrade stores and improve deliveries to compete with Walmart Inc and Amazon.com Inc, the latter also a Berkshire holding.

Many smaller chains have fared worse, and Earth Fare, Fairway and Lucky’s have sought bankruptcy protection this year. Kroger had invested in Lucky’s.

Berkshire’s Wells Fargo stake fell 15% in the quarter to 323.2 million shares worth $17.4 billion, trailing its stakes in Bank of America Corp and American Express Co.

The Goldman stake shrank 35% to 12 million shares worth $2.8 billion. That stake had its origins in Buffett’s lucrative foray into Goldman preferred stock during the 2008 financial crisis.

Berkshire should discuss its holdings more on Feb. 22, when it releases its annual report and Buffett’s annual letter to shareholders.