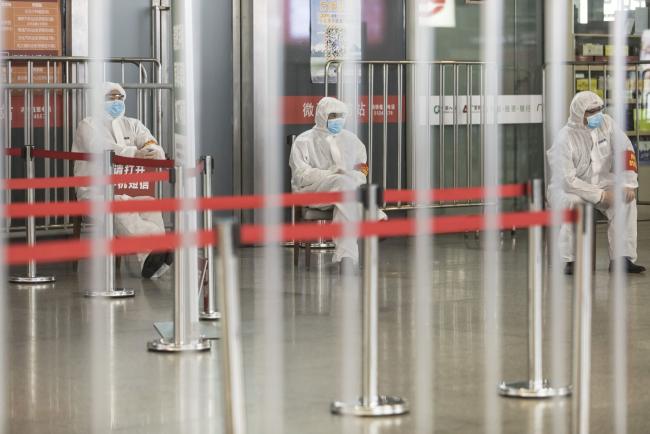 U.S. equities started the week strong as investors looked past the potential economic hit from the spreading coronavirus to prepare for more corporate earnings.

The S&P 500 Index rose to a new high Monday, with most sectors advancing. Energy company shares proved the exception, declining as West Texas crude fell below $50 a barrel. Treasuries and European bonds edged higher, and the dollar held steady versus a basket of its major peers.

With cases of the coronavirus outside of China on the rise and various companies pulling back from international meetings, investors are trying to figure out whether the rate of contagion is stabilizing. In the meantime, monetary authorities across emerging markets have stepped in to help shore up the financial system. The People’s Bank of China moved to keep liquidity ample Monday through reverse-repurchase agreements.

“As disconcerting as the spread of the coronavirus has been to date, the global focus on the illness is likely to produce a solution to stem its spread before long,” John Stoltzfus, chief investment strategist at Oppenheimer Asset Management, wrote in a note. “Economic data released last week underscored strength and resilience in the U.S. labor market and pointed toward the sustainability of the U.S. economic expansion.”

Earnings are due this week from major names like Alibaba Group Holding Ltd., Credit Suisse Group AG and Nestle SA.

Elsewhere, emerging-market currencies steadied against the dollar. Bitcoin traded just below $10,000, having risen above that mark over the weekend for the first time since October.

Here are some key events coming up:

Earnings season continues with reports including: MGM Resorts and Cisco Systems on Monday; Softbank on Wednesday; Thursday will bring Alibaba, Nissan, Credit Suisse, Airbus, Nestle and AIG.Federal Reserve Chairman Jerome Powell delivers his semiannual testimony in Congress on Tuesday and Wednesday; ECB President Christine Lagarde speaks at the European Parliament in Strasbourg Tuesday.Thursday brings a gauge of underlying U.S. inflation, the core consumer price index. It’s expected to increase to 0.2% in January, a faster pace than in December.China and the U.S. on Friday lower tariffs on billions of dollars of respective imports, as part of the trade deal signed last month. 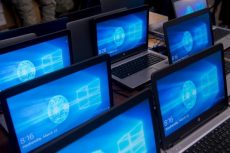